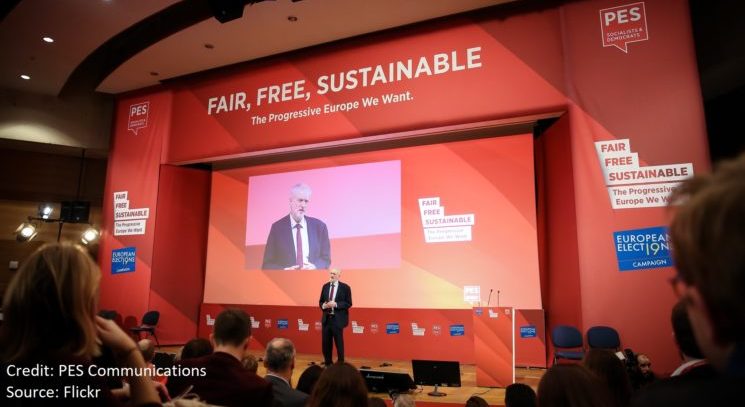 Friday is the 96th anniversary of the 1923 general election that led to Ramsay MacDonald becoming Labour’s first Prime Minister – even though his party finished second with 191 MPs.

The door to Downing Street opened because the Conservative government, under Stanley Baldwin, lost 86 seats and thus its parliamentary majority.

That still left the Conservatives with the largest number of MPs, but dependent on the Liberals to lead a coalition or minority government. Neither party wanted that.

Ramsay MacDonald became Labour Prime Minister because the Liberals joined Labour in supporting a vote of no confidence in a Baldwin-led government.

The Conservative and Liberal leaders were not fearful of letting an untried socialist government take office because together they had enough MPs to defeat any Labour measure they considered extreme.

Labour was keen to take office for the first time in order to show that it was fit to govern, and was not the socialist ogre that the media had painted it.

The Conservative Party under Boris Johnson does not have a majority to lose.

To gain the absolute majority needed to control of government, it needs to gain about 40 seats to compensate for tactical voting that will likely see them lose seats to the Scottish National Party, the Liberal Democrats, Labour and ex-Conservative MPs.

Tactical voting by Remain and Leave voters could result in both the Conservative and Labour parties losing seats.

Failure to win an absolute majority could leave Boris Johnson the election loser even if, as in 1923, the Conservatives had the most MPs in the Commons.

Johnson’s behaviour in and out of office has left him bereft of the trust needed to get other parties to agree to a coalition pact.

To gain an absolute majority of seats Labour needs to win every Conservative-held seats where it is trailing by 12 percent or more.

Currently, polls are showing that even though Labour is certain to be the second-largest party in the Commons, it is vulnerable to losing seats.

And yet if Johnson fails to win a majority, Jeremy Corbyn can seek to enter Downing Street by citing Margaret Thatcher’s dictum: “There is no alternative”.

Trotskyites and former Communist backers of Corbyn may oppose the formation of a minority Labour government as selling out socialism.

However, the Labour front-bench would immediately benefit by taking office to show that the party can reverse unpopular Conservative government measures.

To refuse to take office when Downing Street became vacant would immediately trigger another general election in which the front-running Conservative Party would be better placed to win an absolute majority than would Labour.

Unlike MacDonald, Corbyn would need the support of third parties to win a vote of confidence in a House of Commons in which the Conservatives had more MPs than Labour.

The SNP price for backing Corbyn has been made clear: acceptance of a second referendum on Scottish independence next year. Labour has indicated it would agree after attending to its own priorities.

The Liberal Democrats could support Labour’s Brexit policy of renegotiating an agreement with Brussels followed by a second referendum offering the option of remaining in the EU.

As the leading party for remaining, a second referendum would give the Liberal Democrats a chance to gain support.

Backing Corbyn as Prime Minister would require the Liberal Democrats to replace his implacable opponent Jo Swinson as the leader of their own party – but in view of her performance in the election campaign so far, some Liberal Democrats might see this as a bonus.

Both the SNP and Liberal Democrat demands could be met within 12 months, whereas the Corbyn programme to turn Briton into a socialist state would take a full five-year Parliament.

In its first twelve months a minority Labour government could only enact legislation acceptable to MPs in three parties – and so there would be no majority for an all-out socialist programme.

The big uncertainty is how Corbyn would deal with challenges to British security at home and abroad.

The idea of Jeremy Corbyn taking office dependent on other parties has threatening echoes from the past. Ramsay MacDonald’s government fell in less than a year and Labour lost a fifth of its seats at the election that followed.

A second minority Labour government took office in 1929, only to collapse into a government of national unity two years later, in which Stanley Baldwin pulled the strings as MacDonald’s deputy.

Yet for the Labour Party today to refuse to form a minority government after its fourth successive electoral defeat would be to risk becoming politically irrelevant.

If Boris Johnson ends up in a ditch as the result of electoral defeat, the Conservatives could seek a leader like Baldwin, who, we should remember, gained the party more majorities that David Cameron, Theresa May and Boris Johnson put together.

By Richard Rose, is professor of politics at the University of Strathclyde Glasgow and a fellow of the Robert Schuman Centre at the European University Institute Florence.