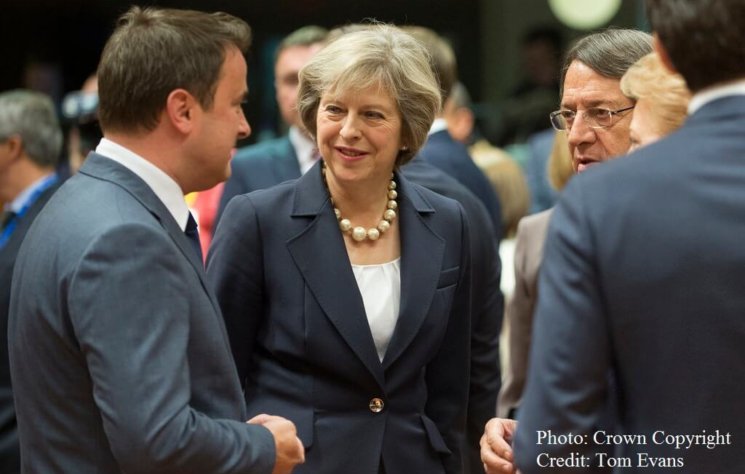 So in April, May called an election in June. And whether we like it or not (and whether Jeremy Corbyn likes it or not), it looks set to be a campaign dominated by Brexit. This has significant implications for the kind of Brexit we might get. On balance, it shortens the odds on an orderly, hard Brexit.

There are many reasons why Mrs May might have so dramatically changed her mind about calling an early general election. The polls, obviously, represent an obvious one. Moreover, whilst commentators have been quick to pour scorn on her claim that opposition parties may stymie the progress of Brexit through parliament, she has a point.

While the Brexit bill sailed through the House of Commons, there may, as the song says, have been trouble ahead. The prime minister spoke of the parliamentary threat to the great repeal bill as one of the motives behind her change of mind. The Liberal Democrats have made no secret of their intention to fight the government in parliament, with their chief whip Tom Brake threatening to “grind the government’s agenda to a standstill”.

This matters, not merely because of the problems parliament could cause for the great reform bill and its associated statutory instruments, but also because Brexit will necessitate a number of other pieces of primary legislation, to cover not only immigration and customs regimes, but also tax, agriculture, fisheries, data protection, our ability to impose economic sanctions on, say, Russia, EU migrant benefits, reciprocal healthcare arrangements, road freight, nuclear safeguards, emissions trading and the transfer of spending from various EU funds to individual government departments. On any or all of these, the government’s slim Commons majority and House of Lords minority could prove problematic.

The election will take care of that. I am assuming the Conservatives are likely to secure a large majority. Yes, the polls have been wrong in the past. But never by this kind of margin. And remember, the Conservatives have not attacked Corbyn yet. When that attack machine is unleashed, focusing no doubt on delicacies including the IRA and Hamas, there’s no reason to believe that even his weak numbers will hold up.

A large Tory majority will smooth the passage of the various pieces of legislation connected with Brexit. It will also shape the kind of Brexit that Britain ends up with.

Let me get one canard out of the way before expanding on this. The election will not enhance Britain’s negotiating strength in Brussels. Indeed, quite the opposite. In a seminal piece of work almost thirty years ago, the American political scientist Robert Putnam argued that it is domestic weakness that translates most effectively into enhanced bargaining strength in the international arena. In other words, being able to say “I can’t compromise or the bastards will kick me out” is, paradoxically, a way of increasing one’s leverage. “I’m so strong I can do what I like” really is not.

The consensus among the commentators seems to be that, by calling an election, Theresa May has made a soft Brexit more likely. By giving herself a larger majority, and longer between Brexit and the next election, she has allowed herself more scope to compromise with her European patterns over issues like migration, or payments to the EU. Such analyses are off the mark.

The prime minister has already effectively ruled out single market membership. Both the jurisdiction of the Court and free movement have been unambiguously presented as her own red lines. She has also effectively said that we will be outside the customs union. (OK, civil servants have been tasked with squaring the circle of being able to sign trade deals whilst still enjoying tariff and customs free trade with the EU, but I don’t see how they can accomplish this task).

In other words, Mrs May has stated that she wants a hard Brexit. Nor was there any indication in her repeated statements to this effect, dating back to the party conference last year, that she was speaking under duress from Conservative Eurosceptic head bangers.

A hard Brexit seems to be what Downing Street wants, so, particularly with a huge Commons majority, there seems little reason to believe a hard Brexit won’t be what we all get. What the early election does mean, however, is that the risk of a disorderly Brexit – of Britain falling out of the EU without an article 50 deal or any kind of transition period to whatever our future relationship is – has decreased.

In terms of transition, if — and it is a big if in the context of an election campaign — she avoids commitments on precisely when her red lines take effect — that is, when free movement will end and we will escape the clutches of the ECJ — then she opens the possibility for a transition phase in which, arguably, very little may change from an economic perspective.

Crucially, such an arrangement is precisely what the EU-27 are likely to find easiest and least disruptive. The fact that the next election will not be until 2022 gives her the space to think in such terms.

The prospects of signing a deal have improved. Here again it is the parliamentary arithmetic that is crucial. For all the talk about a “meaningful” parliamentary debate on whatever deal the government secures from the EU, that is precisely what the House of Commons has secured. In the event that the prime minister took the deal she had negotiated to the House and it was voted down, it is hard to see how she could remain in office.

The position of the Labour Party, which has pledged to vote against any deal that does not offer “exactly the same benefits” as membership of the single market and customs union basically means that their opposition is guaranteed. Given the slim majority the government enjoys, it would only have taken a rebellion by a few Conservative MPs to seal the PM’s fate.

Consequently, there was little incentive for Theresa May to take any deal that might risk parliamentary rejection to the House of Commons. Better from a personal perspective to simply claim negotiations had broken down than risk a humiliating defeat.

The election changes all that. With a majority of nearly 100, she can be confident that, whatever deal she secures, parliament will back it. Consequently, the danger of a disorderly Brexit have decreased significantly.

In fact the real danger for the prime minister lies in the campaign rather than the election itself. As her appearance on the Today programme yesterday underlined, Mrs May is all too well aware of the danger of giving away too much of her plans. The Conservative manifesto promises to be wafer thin as she strives to avoid giving any hostages to fortune.

The priority for Downing Street is to maximize freedom of manoeuvre and avoid creating yardsticks against which they may be judged in future by keeping their Brexit plans as vague as possible.

As long as they manage this, the election will make life much easier for the PM and her team. While removing the danger of parliamentary obstruction of the domestic legislative side of Brexit, it will also make acceptance of any deal she manages to strike much more likely. The election won’t make hard Brexit soft. But it will make hard Brexit more orderly.

By Professor Anand Menon, director of The UK in a Changing Europe. This piece originally featured in The Times Red Box.