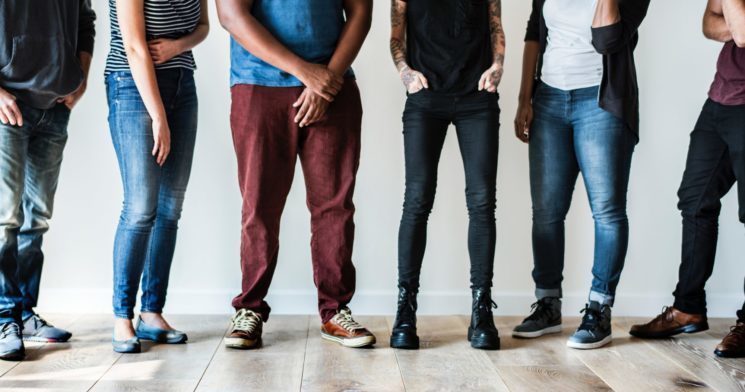 One of the dominant narratives which emerged from the June 2016 UK referendum on EU membership was the ‘intergenerational divide’, which pitted the pro-Leave older generation against the pro-Remain younger generation.

It is true that younger people were far more likely to vote to remain in the EU. This has meant that existing research and media coverage has focused on pro-Remain sentiments among young British people.

However, there is a notable section of young British people who harbour eurosceptic feelings – and our collective understanding of their socio-political attitudes is far from developed.

Therefore, economistic explanations can only partly explain for differences in attitudes towards the UK’s membership of the EU. Socio-cultural factors also play their part.

With this in mind, my recent report for Henry Jackson Society’s Centre on Social and Political Risk, A Lost Tribe: Britain’s Young Eurosceptics, explored how perspectives on cultural diversity, policy priorities, and trust in political and social actors, were potentially related to pro-Leave sentiments among young British people.

The report findings are based on a nationally representative survey of 1,351 respondents aged 18-30, with the fieldwork taking place a month before the June 2016 UK vote on EU membership.

Exploring the relevance of the socio-cultural element of the ‘left behind’ thesis in the context of young people and Brexit, Figure 1 breaks down attitudes towards cultural diversity.

The young people in the survey were asked, “Do you think that having a wide variety of backgrounds and cultures is a positive or negative part of modern Britain?”

A total of 43.7% of those within the young pro-Leave subgroup held a positive view of cultural diversity in the UK, with the corresponding figure for their pro-EU peers reaching as high as 88.7% – a gap of 45 percentage points. While 46.7% of young pro-Leave people held a negative view of cultural diversity, only 6.4% of their pro-Remain counterparts followed suit – a difference of more than 40 percentage points. 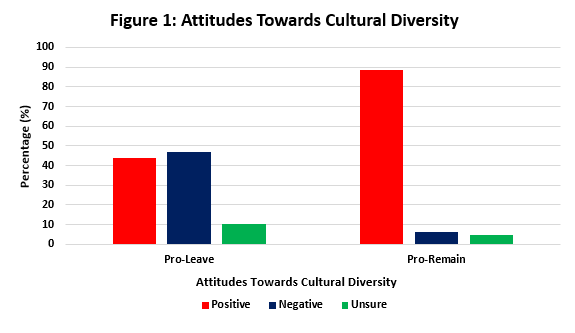 Figure 2 presents an overview of policy priorities within the young pro-Leave and pro-Remain subgroups.

Young British people who participated in the survey were asked, “Which of the following do you think are the most important issues facing the country at this time? Please tick up to three.”

Respondents were able to choose from the following policy areas: immigration and asylum; healthcare; economy; housing; Europe; environment; defence and terrorism; education; tax; crime; family life and childcare; pensions; and transport. They were also offered “none of these” and “don’t know” options. 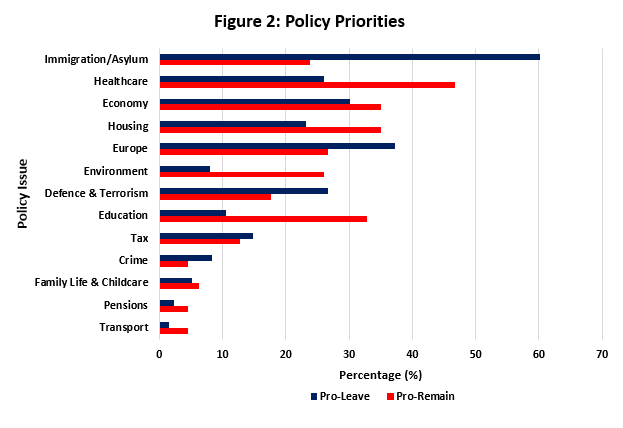 Out of the policy issues selected, the largest Leave–Remain gap was on the issue of immigration (and asylum): while 60.1% of young Leavers selected immigration as an important issue facing the country, only 23.8% of their pro-Remain peers followed suit.

Another public policy area where a clear divide exists is on the issue of education. Only 10.6% of young Leavers chose education as an important issue facing the country – the corresponding figure for the young pro-Remain subgroup was 32.9%.

A similar pattern emerges on the matter of the environment, which was selected by just 8% of young pro-Leave people but 26.1% of young Remainers.

Trust in political and social actors

Figure 3 shows the levels of distrust when it comes to a number of actors: politicians; teachers/academics; the media; multinational business leaders; and trade union leaders.

78.7% of young pro-Leave people reported that they did not trust politicians, with this figure rising to 83.8% for the pro-Remain subgroup.

Levels of distrust were particularly high on both sides when it came to the media, with 79.1% of young Leavers not trusting the media, and the figure for young Remainers being even higher at 80.4%. 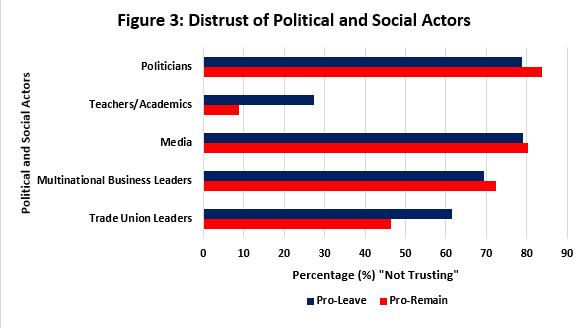 The report shows that the intergenerational ‘values divide’ also applies in an intragenerational sense between Britain’s young pro-Leave and pro-Remain people.

Concerns over immigration, and negative attitudes towards the cultural diversity it has generated, are heavily implicated in pro-Leave sentiment among young British people. Building on existing research, pro-Leave young people are more ‘security-oriented’ than their more ‘cosmopolitan-minded’ pro-Remain peers.

While much of the existing research emphasises the role of educational attainment, attitudes towards education both as a policy issue and a sector of society also appear to be clear dividing lines between Britain’s young pro-Leave and pro-Remain people.

Britain’s young eurosceptics are less likely to prioritise education as an important issue facing the country and more likely to be distrusting of educationalists – namely teachers and academics (even though overall, they are far more trusted by young British people in comparison to other sectoral groups such as the media).

Where Britain’s young eurosceptics find common ground with their pro-Remain peers is over their overwhelming lack of trust in politicians – perhaps a reflection of how austerity has disproportionately affected the country’s young people.

Interestingly, pro-Remain young people were less likely to be trusting of politicians – likely to be a result of being more ‘left-leaning’ and spending much, if not all, of their adult life under Conservative-led rule.

Moving forwards, Britain’s political classes would do well to adopt a more consultative, youth-oriented policy agenda – one which boosts investment in vocational colleges, the funding of apprenticeships, and provision of specialist research bursaries.

Whether pro-Leave or pro-Remain, young British people need their elected representatives to be proactive in creating more opportunities for them to fulfil their potential in the UK.