A migration cap for London? 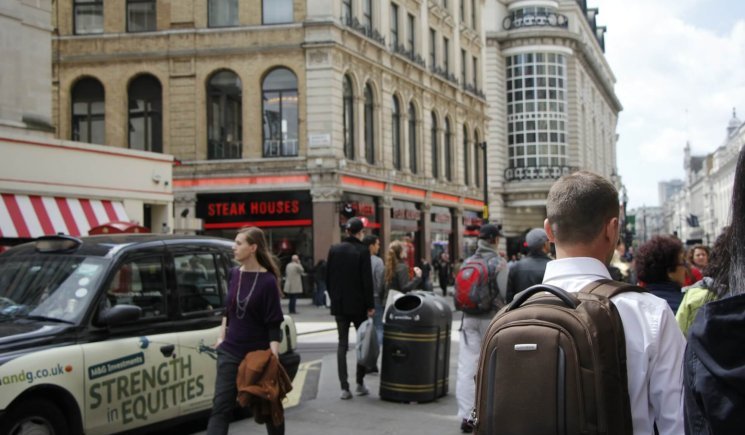 One consequence of being part of an economic and political union, where the central governing authority enforces free movement of people – the absolute right of anyone to live and work wherever they want – is that there is a strong economic incentive to move from areas with higher unemployment and/or lower wages to areas where economic opportunities are greater. This is especially true for younger people who are looking to get started in the labour market.

And what are the impacts? Economics 101 gives us the answer. In the areas that they move to, labour supply is increased. The laws of supply and demand means that the price of labour – that is, wages – falls, and unemployment may rise, especially for locals who find it difficult to compete.

And, given the way the welfare state works, pressure on services – schools and hospitals – also increases. Paradoxically, it’s not necessarily good for the areas from which the migrants come from either – they may see lower unemployment, but they are denuded of the young, skilled workers they need to develop.

This is precisely what’s happening to London today. Absolute free movement within the union means that over 200,000 people move to London from elsewhere each year. As I set out above, we are living with the consequences: lower wages, higher unemployment, failing schools, and exploited migrants crammed into overcrowded rented accommodation.

This needs to stop. London is full up: we need a migration cap. Specifically, we need to impose strict controls on anyone moving to London from outside the M25. Because everything I’ve just written applies not just to international migration, but to moves within the UK.

So if we really believe that more willing young workers means lower wages and more people means worse public services, the answer for London is clear: keep them out. Without keen young Scots, enterprising Geordies, or ambitious graduates from Manchester or Southampton, London’s businesses will have to increase wages and train our own young unemployed to fill the jobs they currently claim can only be filled by migrants. Productivity will rise and unemployment will fall, while instead of being exploited by cheapskate employers in London the would-be migrants will boost the domestic economies of their hometowns.

Of course this is utter nonsense. A simplistic reading of Economics 101 may suggest that increased labour supply must reduce wages; but this just shows that a little knowledge is a dangerous thing. In my experience, people who know only Economics 101 are more dangerous to making good economic policy than many people who never studied economics at all.

In fact, immigration boosts both labour supply and labour demand, so the overall impact on jobs and wages depends crucially on how the skills and aptitudes of immigrants interacts with those of natives. Indeed, London is the most productive part of the UK by far, with the highest wages, and the best state schools.

As I’ve written elsewhere, more sophisticated economics, the empirical evidence, and plain common sense says that London benefits hugely from people moving here, from both abroad and elsewhere in the UK. It also says that it would be stark staring bonkers to have a migration target for London. Cutting off London from flows of people from the rest of the country would impoverish us all.

And the same applies to the UK. The best illustration of the absurdity of a numerical target for migration was provided, albeit inadvertently, by David Goodhart, who argued in 2011 that it meant that “if more Britons retire to Spain, more space will be created for Canadian nanotechnologists.”

Indeed, I pointed out: equally, if fewer Britons retire to Spain, we’ll have to give up on the nanotechnologists. This is not how to run a country or an economy.

Of course, countries are different from cities, and there are genuinely different economic, political and practical considerations. But the economic logic that says that reducing immigration must be good for wages is identical. So, if you’re listening to Iain Duncan Smith’s false and discredited claims that most migrants are low skilled and low paid – which would apply equally to most Brits or most Londoners – or that immigration has pushed down wages by 10 per cent, think about what the logical implications of that are not just for free movement within the EU, but free movement within the UK.

And if you think that opposition to migration has a sound basis in economics – you might want to think about where you’re coming from.

By Professor Jonathan Portes, senior fellow at The UK in a Changing Europe. This piece originally featured in the New Statesman.