A mobile phone in one hand and Erskine May in the other: the ERG’s parliamentary revolution 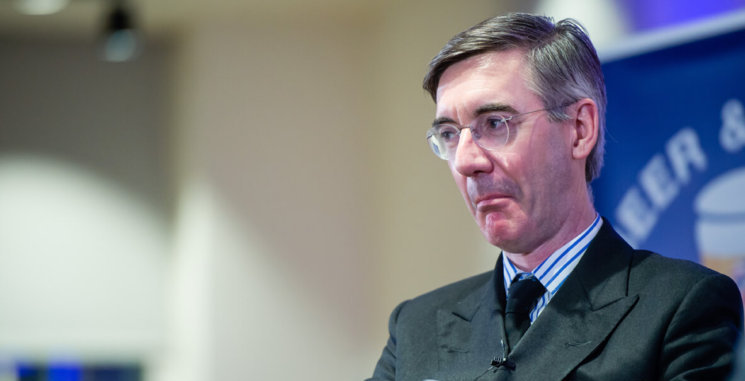 Last week I gave evidence before the Northern Ireland Affairs Committee. It was a gruelling couple of hours, featuring some questions which have been charitably characterised as robust.

Nonetheless, the performance of one MP, Maria Caulfield, stood out. She wasn’t particularly receptive to my evidence on the importance of regulatory alignment for the border in Ireland, but then Brexit stimulates entrenched differences in viewpoint.

What matters is that she was exceptionally well briefed and forensic in her questioning. She is part of a parliamentary revolution.

Although not officially a member of the European Research Group (ERG) of Conservative Eurosceptic MPs, Caulfield recently launched a high-profile ERG initiative on Ireland and Brexit, so is closely associated with the group.

This move into policy-setting initiatives is significant. The ERG has gradually morphed over the past decade into a support group primarily focused upon assisting Eurosceptic Conservative MPs. These foundations have enabled it to change the political climate.

An unyielding focus on the single, totemic issue of Europe is only one element of the ERG’s success.

It is generally disciplined, advising members on how to vote (or not to vote, as seen in last Thursday’s mass abstention) and thereby enabling its leadership to leverage the group’s collective strength.

The first compelling evidence of this new era came in October 2011, when 81 Conservative MPs rebelled in support of a public petition calling for a referendum on the UK’s EU membership.

Repeated parliamentary challenges to the Coalition Government followed, notably over the European Arrest Warrant in November 2014. Each of these was a warning shot over what would happen if David Cameron did not include a referendum pledge in the 2015 manifesto.

But the ERG is far from simply an umbrella for Eurosceptic disaffection with government policy.

In return for their subscription, the group gives ambitious MPs, especially those who have recently given up official party or government roles because of their opposition to Theresa May’s Brexit policy, the support they need to stand out within Parliament.

As Isabel Hardman has vividly illustrated, for decades backbench MPs have been harassed and overworked. Their offices and personal researchers are overburdened with constituency work. Most voting in the House is carefully managed under instruction by the whips.

Select committees give them the chance to develop an area of expertise, but often there is scant time to review all of the briefing documents or to formulate pointed questions. Watch any committee proceedings and most MPs (at least when it is not their turn to speak) can be seen smartphone in hand, fighting multiple fires.

MPs are therefore rarely in a position to make a name for themselves or to strike out from the party line, unless it is on an issue in which they are invested personally. This suits political parties because isolated MPs are biddable MPs. But the expansion of the ERG since 2016 has subverted this comfortable relationship.

Under Jacob Rees-Mogg’s leadership, the ERG have taken every opportunity permissible in the pages of Erskine May (the handbook of parliamentary procedure) to shape the timing and tenor of debate over the UK’s relationship with the EU.

This ranges from obliging the government to reveal Brexit impact statements back in 2017 to clashes with the speaker over amendments to last month’s Withdrawal Agreement motion.

A carefully designed amendment to the Taxation (Cross-Border Trade) Act 2018 prevented the UK government from negotiating with the EU to create a separate customs territory for Northern Ireland, and created the much-maligned backstop arrangements.

Select committees have become a key battle ground in shaping the Brexit debate. This is not new. Parties have long bartered to get MPs onto key committees.

After the 2017 election, the DUP’s ability to place its MPs on the Defence, Environment and Exiting the EU Committees ensured their influence in the current parliament extended beyond Northern Ireland issues.

The ERG, however, take this strategic approach to committees to a sub-party level. Their members are shot through the parliamentary committee system, highlighting malign EU dimensions within investigations from health to defence.

The group employ their well-resourced research team to conduct deep preparation before hearings. Maria Caulfield led me on a merry dance of seemingly innocuous questions in the hope that my answers would oblige me to recant from a specific claim in a blog post several months ago and thereby undermine my credibility as a witness.

Sheryll Murray robustly probed Michael Gove about the exact requirements of the UN Convention on the Law of the Sea on negotiations between costal states on fishing catches.

And Ranil Jayawardena skewered trade minister George Hollingbery on the EU’s ability to block the rolling over trade deals. Rather than lone voices, these MPs are part of a collective programme.

In committee, the advantage rests with the questioner. Well-briefed MPs do not have to be across a whole policy area, they only have to master their specific questions.

WhatsApp and an ERG researcher following the live stream turn the smartphone from a nagging distraction into the means by which ERG members challenge witnesses on any perceived inaccuracy during proceedings.

And when the ERG frequently faces expert scepticism over its positions, confronting such expert witnesses is a tool by which it can retain the political initiative.

The ERG is empowering a group of backbench parliamentarians to dominate debate. Rees-Mogg, labelled the Honourable Member for the Nineteenth Century, is hauling the Commons back to a point when the party system was in its infancy, and small factions and individual MPs carried more clout.

Other parliamentarians can either seek to emulate the ERG’s success or they will have to continue to respond to the agenda they are setting.

By Colin Murray, reader in Public Law at Newcastle University.