A “modern industrial strategy”? Or just a post-dated cheque? 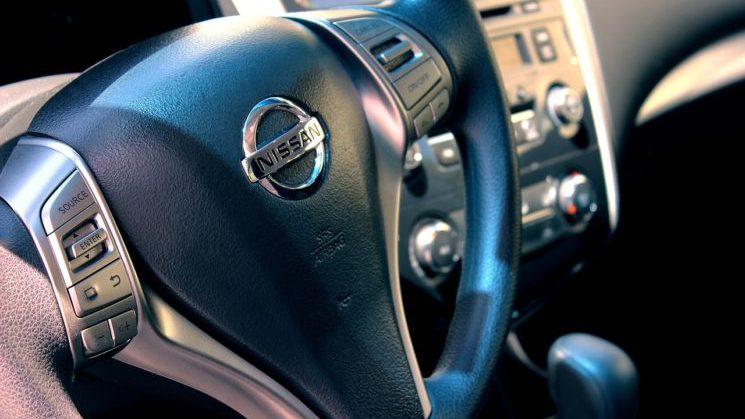 Yesterday’s GDP figures suggest that the immediate economic impact of the Brexit vote has, at least up until September, been modest. Contrary to most forecasts, there isn’t much evidence to suggest that increased uncertainty has, as yet, translated into reduced consumer spending or business activity. Of course, this says almost nothing at all about the long-term economic impacts of Brexit; and that is the focus of most of the serious independent analysis of the impact of Brexit. Recession is bad, but a permanent long-term hit to growth is worse.

But far more significant to the long-term prospects of the UK economy than one quarter’s GDP figures is the announcement that, despite the risks to the UK’s trading links with continental Europe, car manufacturer Nissan will build two new models at its Sunderland plant. But Nissan exacted a price for this commitment. According to Reuters:

Britain has given Nissan a written commitment of extra support in the event that Brexit reduces the competitiveness of its Sunderland plant, in return for new production investments by the Japanese carmaker, a source with knowledge of the matter told Reuters. In addition to unconditional investment aid, Britain pledged in a letter to offer further relief if the terms of Britain’s European Union exit ended up harming the plant’s performance, the source said.

Nissan is only one company, and its Sunderland facility is only one plant. But the implications of this for UK economic policy – both domestically and internationally – are potentially far reaching.  Most obviously, Nissan may be the first to get this treatment, but it seems inconceivable that it will be the last. The UK car industry is almost entirely foreign-owned, and it is hardly likely that other firms will not seek similar treatment.

And that raises a broader question. Since Prime Minister May took office, here has been much talk about a new “industrial strategy”; indeed, we now have a department with the words “Industrial Strategy” in its title. The Nissan deal may, on its own terms, be the right thing to do; Nissan is a major, high-tech manufacturer in a relatively deprived area of the UK with few other big employers and a significant local supply chain. But responding to an auto manufacturer’s threat to take its production elsewhere by writing an (admittedly conditional and post-dated) cheque is not a strategy.

Is Nissan “special” anyway? Nissan employs 7,000 people in the UK and is a major exporter. On the other hand, so is Citibank, which employs 9,000; and financial service exports are at least as much under threat as cars, if not more so. And the value of the financial sector to the UK – in terms of employment, output or value-added – far exceeds that of cars. So the list of potential supplicants is very long – research in the run-up to the referendum suggested that at least 3 million jobs are “dependent” on exports to the EU. So – before other chief executives start lining up along Victoria Street in order to collect their handouts – the government will need to define who and what it is going to support, and why.

And it’s not clear that compensating a sector – or a region – that might lose from Brexit is the right place to start. Every government that launches an “industrial strategy” claims that it’s not about “picking winners”. Equally, cynical observers point out that “picking winners” isn’t really the problem. Any industrial strategy worthy of the name needs to take some risks; that in turn means it will pick some “losers”. It’s unpicking the loser that is the hard bit. But this raises an obvious issue with respect to using “industrial strategy” to help industries, sectors or towns that will suffer as a result of Brexit.

Brexit will inevitably lead to some reorientation of trade away from continental Europe to the rest of the world; indeed, that was precisely the rationale for Brexit advanced by many of its proponents. That – independently of whether Brexit is beneficial or damaging overall – will lead to winners and losers, as does any significant economic change. And the UK economy will have to adjust. A forward-looking industrial strategy should promote that adjustment and enable the “winners” to take advantage of new opportunities; not compensate or prop up the losers at the expense of already stretched public purse. But so far it’s the latter that appears to be the plan. Nor does it make sense to use industrial policy – which should be aimed at improving productivity – as a substitute for regional policy.

Finally, it is difficult to see how yesterday’s announcement will not complicate the UK’s negotiations with the EU and, perhaps, other countries. We don’t know exactly what the government has promised Nissan. But “state aid” is carefully regulated under EU law; and even conditional assurances might in principle qualify. And, once we’ve left the EU, export subsidies are generally prohibited by World Trade Organisation rules – certainly ones that aim to compensate directly for the imposition of tariffs. Even if immediate legal action seems unlikely, the prospect that the UK will actively seek to promote exports through direct, company-specific measures is unlikely to make it easier for us to reach a comprehensive trade agreement with either our EU partners or third countries.

By Jonathan Portes, senior fellow UK in a Changing Europe and principal research fellow at the National Institute of Economic and Social Research.