A no deal Brexit would be just the beginning 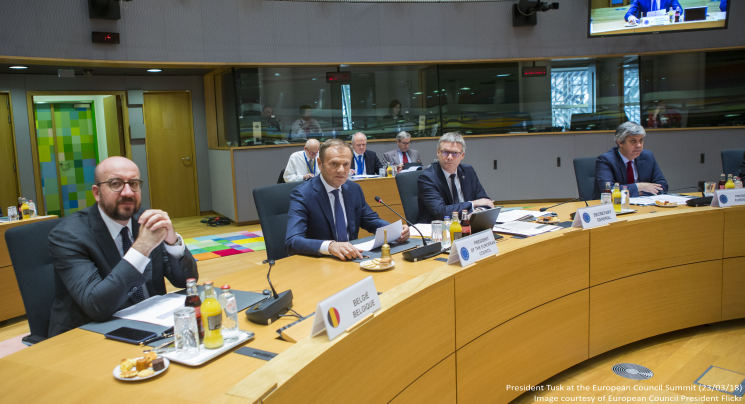 Boris Johnson is not for turning. As the UK prime minister made clear on Monday evening, he has no intention of asking the EU for a Brexit extension. So even if no deal is agreed, he will take the UK out of the EU without one.

Whether he is able to or not will depend to a large extent on what parliament does. But even if Mr Johnson succeeds and the UK leaves the EU without a deal on October 31, this will not mark the end of the Brexit process.

Eventually, the two sides will need to start talking again. And at this point we may come to miss the much-maligned Article 50 divorce process. If the UK leaves without a deal, it will, eventually, have to negotiate the nature of its future relationship with the EU.

No major trading nation trades solely on World Trade Organization terms, and it makes little economic sense for the UK to do so with its nearest and largest trading partner. It is when these talks start that we may begin to get a little nostalgic for Article 50. What that benighted text does is create a fast track towards an agreement.

Granted, the EU has interpreted agreement to mean a divorce deal rather than a trade deal regulating future relations. Nonetheless, compared to the procedures in place to negotiate agreements with non-member states, Article 50 is a cake walk.

It allows the member states to agree by a qualified majority vote in the Council of Ministers to sign up to an agreement, after obtaining the consent of the European parliament.

Without this procedure, things get significantly messier. Though exactly how messy depends on what the UK and the EU decide to talk about. If, for instance, the EU — which has a trade surplus with the UK in goods — agrees to a trade deal just on goods, this could be done under Article 207 of the Treaty of the Functioning of the EU (the basis of EU law). It would require qualified majority voting in the Council of Ministers and would not need to be ratified by the member states.

This, however, is unlikely. There is no indication that the UK knows what sort of future relationship it wants with the EU. A simple deal on tariffs? Or something closer to a customs union? As long as the UK cannot answer that question, it is hard to see the council providing a mandate for its negotiators.

It would be in the UK’s interests to have a much broader relationship with the EU involving not only services (where the UK has a surplus with the bloc) but also security, both internal and external. But these are not issues that can be dealt with under Article 207. There is a more significant problem.

The EU has made it clear that it will not discuss a future relationship with the UK until the issues covered in the withdrawal agreement — citizens’ rights, the £39bn Brexit divorce bill, and the Northern Ireland border — are resolved to its satisfaction.

Any future agreement, not least one that resolves the withdrawal issues would, to use the jargon, be a “mixed” agreement. This means that the EU27 states must agree the text unanimously and any agreement must be ratified not just by the European parliament, but by the national and regional parliaments in the 27 member states (there are six in Belgium alone). As we saw with the EU’s trade deal with Canada, it only takes the parliament of Wallonia, say, to block a deal.

All of this points to protracted negotiations and maybe no deal at all. One of great virtues of the Article 50 process is the way it insulates potentially inflammatory issues from politics in the member states. It offers cover for member states in the council by allowing them to negotiate and agree in seclusion. A negotiation involving national parliaments will be very different.

History suggests that these kinds of negotiations are difficult and time consuming. When Switzerland decided not to join the European Economic Area, it began a lengthy process of negotiations leading to the signing of seven bilateral agreements in 1999. Twenty years later more than 100 agreements and negotiations are ongoing and fractious. But the Swiss case looks relatively easy compared to what awaits the UK.

Negotiations will take place in the shadow of a no-deal exit that is likely to cause significant economic fallout in a number of member states. And the list of issues to be resolved will be much wider than those covered in the Swiss agreements. Anyone who thinks October 31 marks the end of the Brexit process is sadly mistaken.