A no deal Brexit would not be a ‘clean Brexit’ 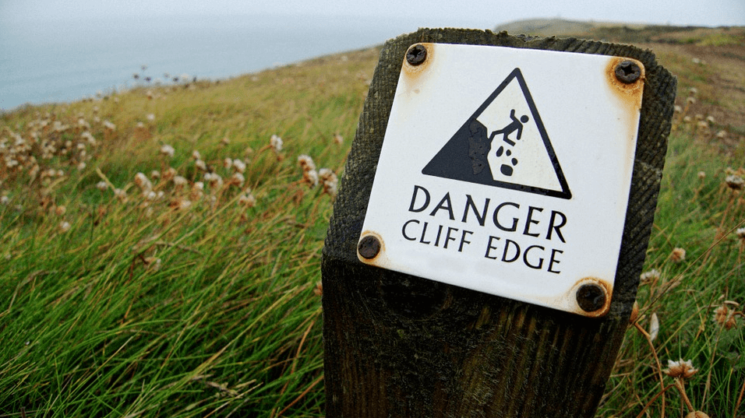 Bored of Brexit yet? Everyone is, it seems (though not me, obviously). And yet the process drags on. Little wonder that the idea of a so-called clean Brexit seems ever more appealing to ever more people. Simply walking away without all the banging on about withdrawal issues, backstops and the like and sorting the details out later sounds wonderful, doesn’t it?

But it won’t be. And, more importantly, it won’t clear the decks to allow us to address the issues 2016′s referendum taught us are in dire need of being heard. Quite the contrary. Simply put, it’s hard to imagine anything less clean than a clean Brexit.

There are good reasons for people wanting to put at least this first phase of the Brexit process behind us. One is that, for a number of people, the point of leaving the European Union was not simply the need to create a new relationship with Brussels. Voting leave in the referendum of 2016 was in some cases a vote of discontent with the way politics and the economy work within the UK.

But Brexit has sucked the air out of our politics, distracting politicians and civil servants alike, and preventing them from focussing on the kinds of issues voters want to see addressed. So why is just getting out not the answer?

Well, for two reasons. And these relate to process and outcome. Britain might leave without a deal, but at some point, negotiations with the EU would have to restart. We’d still need to have a relationship with our nearest and largest trading partner.

And not just on trade. Indeed, perhaps the most worrying aspect would be the way in which the myriad channels of cooperation on security and policing would fall away.

And this relationship would have to be negotiated. The problem is that the EU has repeatedly stated that it would only negotiate these things once the so-called withdrawal issues (citizens’ rights, the Brexit bill and the Northern Irish border) were dealt with.

And, here’s the rub. Dealing with these will be far harder once we’ve left. Because then Article 50 will no longer apply. And for all the failings of that damned treaty article, the one thing it does do is make life easy when it comes to agreeing a deal. This can be done by national leaders, in private, in Brussels, by majority.

Once we’ve left, that process changes dramatically. We switch to a so-called Article 218 process. Which means member state governments and indeed their parliaments will get a say. And each of them will have a veto. Which will be difficult and, as importantly, potentially very, very slow.

And while all this is going on, the Prime Minister will not be swanning around fixing those issues voters care about. He will be firefighting the various emergencies that no-deal will generate – whether that be queues, or shortages, or the fact criminals from the EU will be able to arrive here in numbers because we no longer have access to the databases that list them.

More delay, in other words. And more delay with far greater uncertainty and far less disposable cash. Yes, the Government can borrow to fund investment, and governments since 2010 should have done far more of that. But no-deal will hit our economy, and so reduce whatever fiscal headroom there is to be exploited.

And so whatever the superficial, intuitive attraction, no-deal will not make it easier to focus on other things. On the contrary, it will make it harder.

By Anand Menon, director of The UK in a Changing Europe and professor of European politics and foreign affairs at King’s College London. This blog was originally published on the Huffington Post.