A not so awkward partner: why the UK has done more for the EU than we think 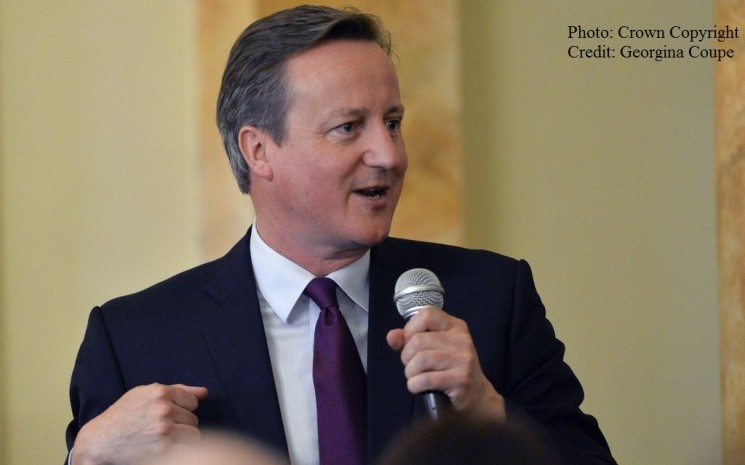 In 1990, Stephen George coined the famous phrase that Britain is an ‘awkward partner’ in the EU. The forthcoming referendum can be seen as the latest manifestation of this alleged awkwardness, which has been characterised by low support for, and knowledge about, the EU amongst the UK public; obstructionist policies and rhetoric at the European level by all the leading UK parties of government since membership in 1973; and an enduring volume of UK media Euroscepticism that points to an ‘out’ vote as the only patriotic option for the British people. Britain, it seems, has long been Europe’s most notorious ‘outsider.’ The referendum vote could well enable it to act out this role more definitively than ever before.

We do not doubt that the UK can be awkward and that Cameron’s diplomacy since 2010 has strained relations with the rest of the EU. However, there is a different narrative that can be told, one that shows how Britain has been a positive and constructive European partner.

At the heart of Europe?

Despite Britain’s alleged awkwardness, the EU has come to closely resemble many British preferences. What is often not appreciated in the UK is that Margaret Thatcher’s vision of a deregulated European free market – set out in her 1988 Bruges speech and often mistakenly seen as a defining text of Euroscepticism – has broadly come to shape Europe’s political economy.

Some in British politics might liken the European Commission to a bastion of state socialism, but that sounds absurd to people in countries such as Greece or in eastern Europe, where the EU and the Commission have helped drive austerity, privatisation and deregulation. The sense that the EU had become a servant of Anglo-Saxon economics was so strong in France that it played a part in the country’s 2005 rejection of the European Constitution.

Other examples where we might challenge the ‘awkward partner’ thesis include the EU budget, to which the UK remains one of the largest net contributors despite the much-resented rebate. The rebate highlights what some of Britain’s critics consider its most destructive contribution: the idea of juste retour (that spending through the EU budget should reflect the contributions made to the budget by each country). This ignores that the EU has long faced, and will continue to face, awkward demands from its member states for a fair return.

The UK has been one of the strongest backers of reforming a budget that once favoured juste retour for French farmers, amongst others. As a result, while it remains far from perfect, the budget today better reflects the needs of the modern EU. Britain has also been a forceful advocate of EU enlargement, a position which helped open the EU up to the citizens of Central-Eastern Europe. The free-movement this allowed might in retrospect be considered a mistake by some in the UK, but the original enlargement project – one combined with an expansion of NATO – was something Britain backed very strongly.

Other factors can also be brought into consideration. Britain has been a keen advocate of concerted EU action on climate change. Animal welfare legislation across the EU is in large part a product of British efforts. Britain has a more than satisfactory record of implementing EU law. Part of Britain’s problem with the EU is that it is too often a good European when it comes to EU law, the enforcement of which provokes a never-ending litany of complaints.

In Brussels, British ministers and officials have been widely respected for their analysis and negotiating skills. It was these officials who, when tasked to do so, delivered the most detailed and insightful ever analysis of the EU’s powers in the British Government’s 2012-14 ‘Review of the Balance of Competences.’ The work of the EU committees of the House of Lords show an attention to the detail of EU law and policy found in few other national parliaments.

One awkward partner among many

It is also worth reminding ourselves that George wrote of ‘an’ awkward partner, not ‘the’ awkward partner. This is more than a semantic point. There is a long recognised habit in the EU of member states hiding their own objections to proposals behind Britain’s willingness to be the member who says ‘no’ or ‘not yet’. British Eurosceptics complain that Britain has been and can be outvoted, ignoring that others, including Germany, are also outvoted, and that a Westminster style zero-sum mentality of win/lose is not how the consensual system of the EU (or of many other EU member states) works.

It also ignores the fact that the UK has been closer to most final EU policy outcomes than most other EU governments, as shown in research compiled by Simon Hix. That the UK has over the past few years found itself somewhat at odds with EU decisions reflects in no small part a disengagement by the British government, but thanks to the consensus system employed in EU decision-making, Britain is still on the winning side 87 per cent of the time.

Unlike some other EU states, the UK has never been subject to moves to isolate it as a result of the success of far-right political groups, or a source of concern for the rest of the EU because of a government clampdown on civil liberties and media freedoms. Britain has never failed to ratify an EU treaty, which cannot be said of other states traditionally seen as more pro-European, such as France or the Netherlands.

Granted, David Cameron did veto the 2011 proposal for a new treaty to deal with the Eurozone’s problems. However, his approach pales in comparison with General de Gaulle and the 1965-66 ‘empty chair crisis’ that ushered in a long period of ‘Eurosclerosis’ in European decision-making and almost brought integration to a standstill as a result. Nor did Britain bring the euro to the verge of collapse. Britain might have barracked from the sidelines or been sullenly indifferent to efforts to stabilise a currency whose collapse would have badly hurt the UK. But the UK’s reaction was a sideshow to the blazing rows, mass protests and strained relations from inside the Eurozone.

Ultimately, Brexit would not only raise awkward and painful questions for Britain as it endured a lengthy and potentially very painful period of negotiating a new relationship with the EU from outside the bloc. The EU would also lose one of its most influential and important members: a member that has done more for the EU than it credits even itself with. A Brexit would raise awkward questions about the EU’s unity and do little to solve some of the underlying structural problems facing the Union in the 21st century. Whether the leaders of the ‘Bremain’ camp will be able to articulate this into a narrative that persuades voters to keep Britain inside the EU remains to be seen.

This is a shortened version of an earlier post on the LSE’s Brexit Vote Blog that can be read here.