A tale of two by-elections 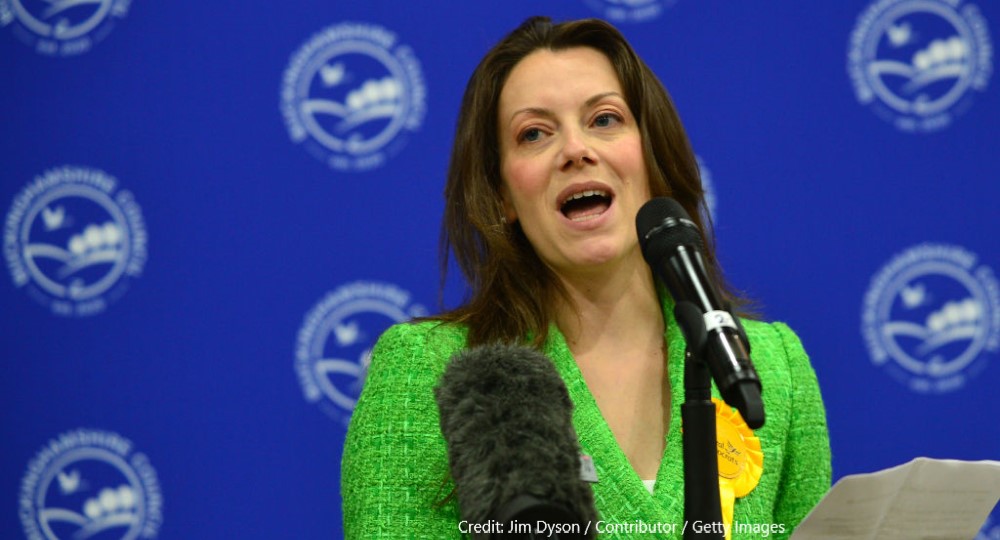 The stunning victory of the Liberal Democrats in the Chesham and Amersham by-election on 17 June has sent ripples through a political media that at times appeared to have forgotten it was happening.

This serves as a reminder to us of the volatility of the British electorate, of the importance, even in England, of looking beyond the two main parties, and of the importance of turnout for understanding electoral results.

The 2019 general election produced a ‘Brexit realignment’ in voting patterns that was highly asymmetric. Labour lost voters on all sides, but when compared with their 2010 voters this was particularly true among Leave voters – just one in three 2010 Labour voters who voted Leave in the referendum voted for the party in 2019.

The Conservatives were more likely to lose Remain voters than Leave voters but to a much lesser extent, and a key story from 2019 was the extent to which the Conservative Remainers stuck with them.

Both groups of voters had found themselves at odds with their erstwhile parties on Brexit. In the broadest sense we can think of them as cross-pressured voters: a position produced by the way the Brexit divide cut across the tradition party lines and economic left-right values.

Two by-elections in the space of six weeks have given us insight into how these cross-pressured voters might respond now that Brexit is ‘done’.

First, Hartlepool: a constituency in the north-east of England where 69% voted Leave in 2016. Fewer than 10% of the electorate have a university degree, more than one in three are ‘working class’ (employed in semi-routine or routine occupations) and average house prices are less than £150,000.

In sharp contrast, Chesham and Amersham, an archetypal ‘middle England’ seat, voted Remain (by 55-45) on the largest turnout in a mainland UK constituency. Here more than one in four have university degrees, 15% are ‘working class’ and average house prices are almost £700,000.

After the by-elections, each constituency is now represented by an MP from a party aligned to the aggregate referendum result it produced. The two by-elections also demonstrate the importance of understanding ‘third’ parties (and non-voting) as critical aspects of electoral change.

In Hartlepool, third parties had previously done well in general elections. The Liberal Democrats came second at the 2005 general election, UKIP in 2015 and the Brexit Party a very close third place in 2019. However, the result in this by-election very much reflected the trends seen during the 2019 general election.

The Chesham and Amersham by-election is rather different. Although the Liberal Democrats had taken second place here in 2005 and 2010, they did so with less than half the total number of votes than the winning Conservative candidate in each case.

Even in 2019, when there was a significant swing towards the party, its total (14,627) was less than half that of the Conservatives (30,850). It would take a huge change to overturn this, and as a result commentators focussed on the (on paper) more interesting campaign going on in Batley and Spen. 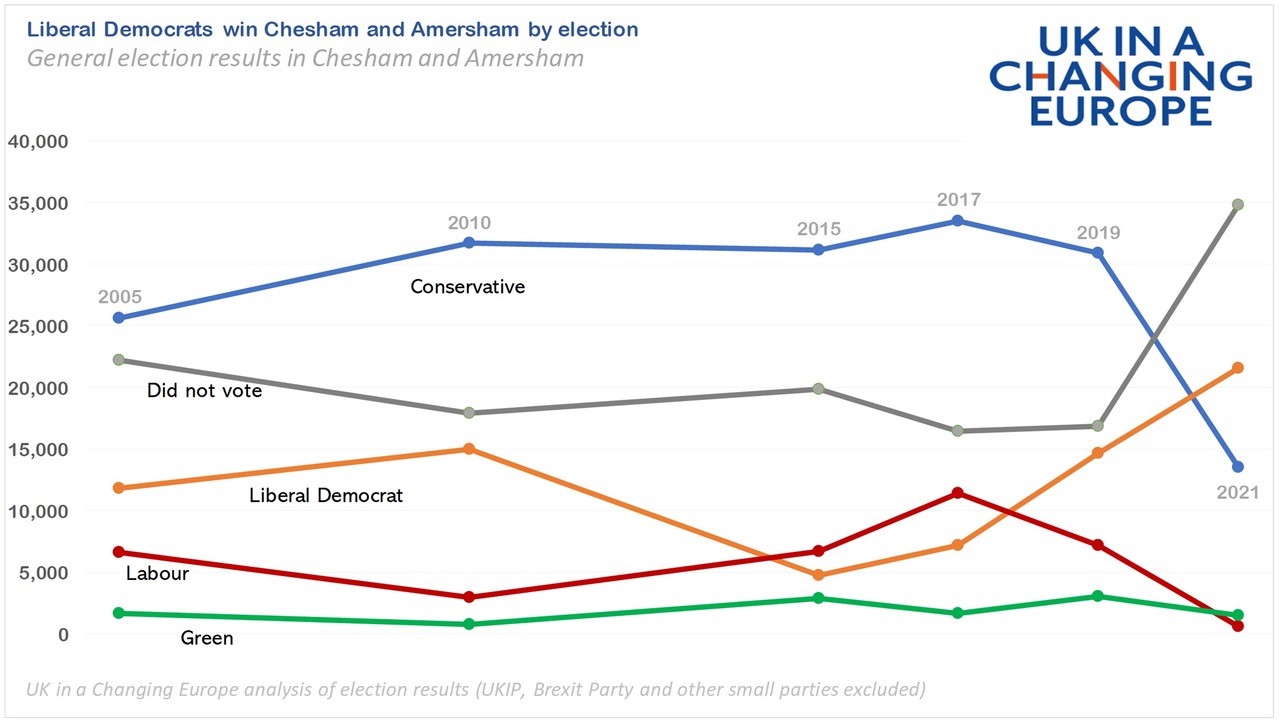 In the event the result of the by-election was dramatic: the Liberal Democrats more than doubled their share of the vote, though, as is usual for a by-election, turnout fell substantially – and so this represented a 50% increase in actual votes.

Chesham and Amersham is a constituency marked by high turnout in general elections and while, at 52.2%, turnout was around 10% higher than in Hartlepool, this nonetheless was a significant fall from the 77% recorded in 2019. We should therefore exercise some caution in thinking about what this result means.

It may be the case that the Chesham and Amersham result reflects a unique set of local factors, but there were suggestions in the local election results back in May that Conservative-held areas that had voted Remain in the referendum were seeing different voting patterns emerge.

The Conservatives did less well in these areas, often losing council seats to the Liberal Democrats and the Greens. The by-election result seems to continue this pattern, albeit more dramatically than most had anticipated.

Affluent areas with more graduates appear to be moving away from the Conservative party. This gives the Conservatives a new headache which parallels that of Labour – how to bind together a coalition of voters who share different values on the divide revealed by Brexit.

This problem has always seemed more acute for Labour, as the gap between the Labour Leave and Labour Remain voters was larger than for the Conservative Leave-Remain split. But some of the factors that helped keep these more liberal Conservatives on-side in 2019 are now changing.

First, these voters were particularly wary of Corbyn’s Labour party. Starmer, while by no means ‘popular’ with them, is much more so than Corbyn: on a zero to ten scale of ‘liking’ party leaders the Conservative Remainers had an average score of 0.9 for Corbyn in 2019 and 4.59 for Starmer in the summer of 2020.

In addition to the change of leadership, the political situation is different in a by-election, and when the government has a large majority there is little risk involved in sending a message via a ‘protest’ vote for another party.

This might be especially pertinent for voters in ‘safe’ Conservative seats in the south seeing their party’s focus on ’levelling up’ elsewhere in the country.

If we are indeed seeing Conservative Remain voters more willing to vote differently, particularly for the Liberal Democrats in seats where they had moved into second place in 2019, this may tell us far more about the medium-term shape of British politics, and the likelihood of another Conservative majority, than we learned in Hartlepool.