A tale of two referendums 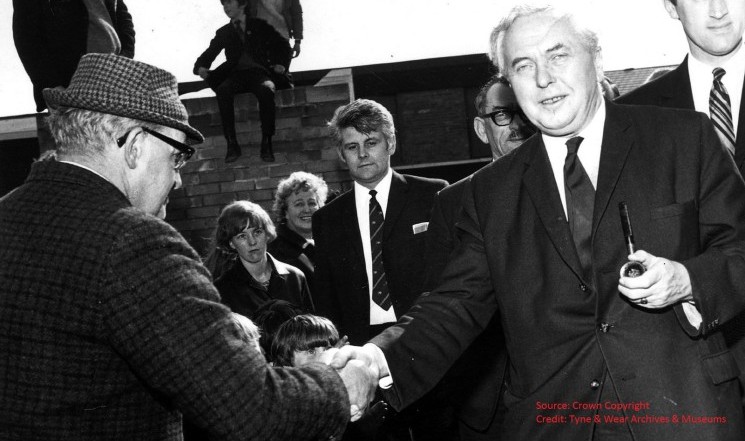 There are some interesting similarities between the polls in the 1975 European referendum and those in the 2016 campaign that are worth exploring.

As a result of the polling failures in the 2015 general election a cloud hangs over those published in the run-up to this June’s referendum vote. It is worth reminding ourselves of the scale of under-achievement that the polls experienced over the six weeks campaign in 2015. The 92 published voting intention polls ranged between 17 dead heats to three polls where the gap was six per cent between Conservative and Labour: none of them achieved the actual seven per cent Conservative lead. Excluding the 17 dead heats, we were left with 75 polls where one party was ahead of the other and among these, 42 (56%) suggested Labour leads. Among the full tally of 92 campaign polls, 81 registered leads for one party or another of between 0-3% when the final gap was 7% – hardly a triumphant springboard for 2016.

The opinion polls in 1975’s referendum were also suffering from the results of past high profile polling failures: at the 1970 general election, all bar one of them had predicted the wrong outcome; and in the two 1974 general elections, their record was described, rather charitably, as “unhappy”.

In terms of issues that mattered to the electorate, Gallup in 1975 registered big leads for Britain’s defence, its voice in international affairs and its position in the world as all being better secured staying in the European Community. None of these issues feature strongly in the 2016 campaign. The issue of immigration, that plays such an important part in the current campaign, did not even feature on the 1975 polls.

However, the question of whether Britain’s economic prospects are best secured within or outside the EU played as prominently in 1975 as it does four decades later. In 1975, voters strongly felt that the economic prosperity, wages, employment and standard of living would all be better by remaining in the European Community. In 2016, the Leave campaign’s biggest challenge is to persuade a sceptical audience that Britain’s economic future would be safe, let alone safer, outside the EU.

Although public opinion shifted decisively in favour of remaining in the European Community in March 1975, for seven years prior to that there had been near unanimity in polls showing a clear majority opposed to membership. For most of the last three decades, when MORI have asked the question, the public has supported staying in the EU.

One factor certainly remains the same in both referendums. The January 1975 Gallup poll suggested 33% support for In and 41% for Out. In his definitive book on the 1975 Referendum, David Butler (with Uwe Kitzinger) commented that that January Gallup poll “contained the key to the story”. In fact, when respondents were asked whether they would back membership if the government negotiated new – more favourable- terms for Britain’s membership, 71% supported In and 29% Out. The change could not have been more dramatic.

On most occasions we present ourselves at polling stations we are invited to vote for an individual who will go on to represent our views in a parliament, Assembly or council. On 23 June 2016 there will be no option on the ballot that allows us to outsource the referendum decision – each one of us will have to vote whether the UK should remain within the EU or leave it. The public is becoming increasingly aware of this and many are concerned that they are ill-equipped to answer that question.

In March 2016, ComRes asked their respondents “Who of the following, if any, will be important to you in deciding how you will vote at the upcoming referendum on Britain’s membership of the European Union?” and found the two most important were – David Cameron (Remain) 34% and Boris Johnson (Leave) 29%. The biggest challenge facing David Cameron will be matching the potency that Government endorsement of continuing membership brought to the outcome in 1975.