A UK-Korea trade agreement: Liam, we have three problems 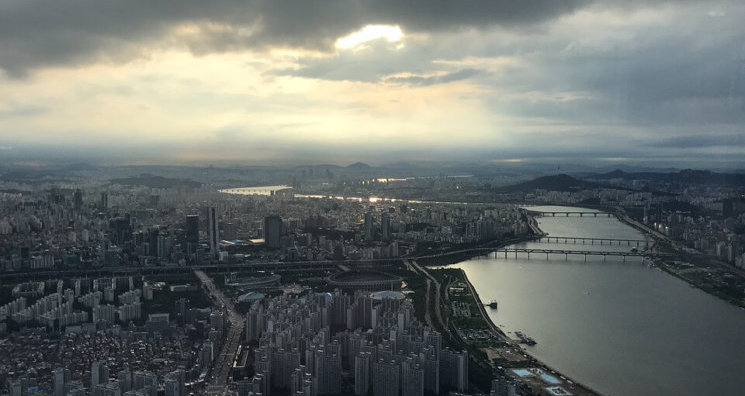 One of the key goals of the UK post-Brexit is to sign trade agreements as part of the policy dubbed ‘Global Britain’. The good news is that this is eminently possible. Let’s be clear: the UK will be able to nail down trade agreements with a host of countries across the globe.

That’s out of the question. Some of them will possibly even be signed relatively quickly in the aftermath of the UK’s actual departure from the EU – and it might be possible to use existing agreements between the EU and third countries as a starting point.

This is where the good news stops though. For a taste of how post-Brexit Britain will fare in trade negotiations, one need look no further than the position South Korea has taken with regards to the rollover of the EU-Korea free trade agreement (FTA) during the post-Brexit transition period, which starts in little over a year.

In short, Seoul has warned that the FTA will not automatically apply to the UK beyond March 2019, and has asked for concessions from London in return. If this is the stance that the export-oriented, trade-first country is taking over what should be an uncontroversial issue – for the UK will technically remain part of the EU during the transition period – what will be its position during post-Brexit trade negotiations?

From a Korean perspective, there are three key issues in any future trade negotiation with the UK. All of them are problematic for London and its fledging International Trade department.

To begin with, leaving regional agreements aside, the world of trade is divided into three: top dogs, several second-tier economies, and the rest. The first group includes the US, China and – yes – the EU. The three of them command almost 50 percent of the global economy based on PPP and over 40 percent of the world’s trade in goods and services.

They set the rules of the game, and they can drive a hard bargain in trade negotiations. Korea has agreements with the three of them, and in all cases it had to make concessions to different stakeholders, such as the European Parliament or American car-makers.

Post-Brexit, the UK will be a second-tier economy, just like Korea. On a PPP basis, the UK currently accounts for little over two percent of global GDP and trade in goods and about four percent of trade in services.

Meanwhile, Korea accounts for 1.5 percent of the world’s GDP and a similar share of trade to the UK’s. Put another way, Seoul sees London as a peer in the area of trade, not as a giant akin to the big three.

This means that trade negotiations will be a quid pro quo between two peers, rather than a negotiation with a bigger, more powerful partner. Expect Seoul to ask for more market access in areas such as cars and high-tech exports and offer less in others, including legal and financial services.

Furthermore, a trade agreement with London is not a priority for Korea, as much as it is for post-Brexit UK to try to sign as many agreements with current EU FTA partners as possible.

A view currently widely shared across East Asian capitals is the prioritization of trade agreements with the EU, particularly at a time when the US has turned towards protectionism. Korea, Singapore and Vietnam have already signed their own bilateral agreements, and others – such as Japan or Malaysia – have ongoing negotiations with Brussels.

Regional agreements such as the Trans-Pacific Partnership (TPP) or the Regional Comprehensive Economic Partnership are also central to East Asian countries’ trade policy, as is managing the trade relationship with China and the US.

To put it bluntly, a potential FTA with the UK does not easily catch the attention of Korean and other East Asian trade negotiators. It might be a nice addition, but it’s not a priority.

This does not put the UK at the back of the queue, but neither is it at the front. Since Korean trade negotiators are clearly aware that the UK seeks an FTA with their country as low-hanging fruit, they will try to play this to their advantage.

Seoul is now embroiled in the renegotiation of its FTAs with the EU, a trade spat with China and internal discussions about joining TPP. This is where the government’s priorities lie. An agreement with the UK can wait.

Another issue that the UK will have to grapple with Korea is that Seoul does not necessarily see the current EU-Korea FTA as the starting point of a future negotiation with London. It is one of the agreements that Seoul will look at, but not the only one. It might not even be the main one: alternatives are the existing FTAs with Canada or the European Free Trade Area – particularly the former.

The bad news for London is that these agreements are far more restrictive in areas such as services, dispute-settlement and investment than the EU and US FTAs are. Thus, the UK would lose out on these significant concessions that Korea made to clinch its agreements with two of its main trading partners. Concessions, particularly in the area of services, which were actually to a great extent the result of UK demands in the European case.

All this does not mean that a UK-Korea FTA is out of reach. On the contrary, if London plays its cards right it should be able to sign a bilateral agreement relatively quickly. But it will have to work harder to do so than Brussels did, and the agreement will not be as beneficial to the UK as the current EU one is. The Department for International Trade and the UK government as a whole have work to do.

By Ramon Pacheco Pardo is Senior Lecturer (Associate Professor) in International Relations at King’s College London and the KF-VUB Korea Chair at the Institute for European Studies (IES-VUB). He is also the Co-director of the London Asia Pacific Centre for Social Science.