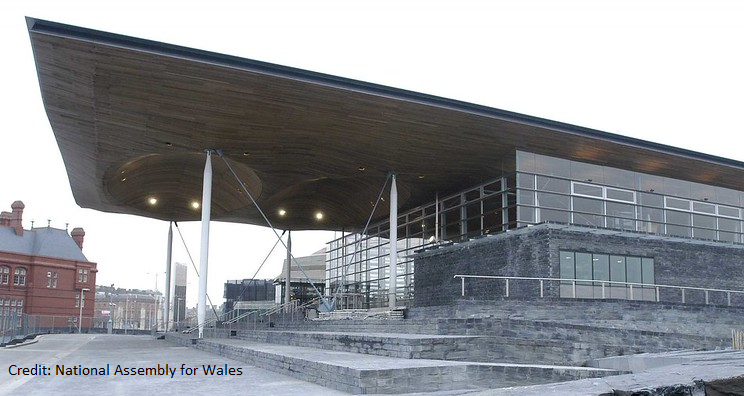 Given its history, discussion of elections in Wales is invariably dominated by the fortunes of the Labour Party. Yet Wales also has arguably the UK’s most complex electoral geography and pattern of party competition.

Currently, Labour holds nearly three-quarters of Welsh seats at Westminster, continuing a century-long trend of dominance. But things might be different in this election.

UK and Welsh Labour are at odds over Brexit

On the most salient political issue of the day—Brexit—Welsh Labour are not on the same page as the party in Westminster. Welsh Labour’s policy is to campaign to Remain in any second referendum.

Currently, the UK party has committed to negotiate a new withdrawal agreement with the EU, with the new deal to be put to a public vote, with an option to remain. UK Labour have not said how they would campaign.

This divergence is rooted in Welsh Labour’s distinctive position, developed since 2000. The Welsh party has taken pride in being semi-autonomous from its London-based counterpart.

But this position has the potential to confuse voters. In 2017, Labour’s general election messaging was dominated by Welsh Labour and the then-First Minister Carwyn Jones.

UK media, which are more dominant in Wales than Scotland or Northern Ireland, will focus largely on Corbyn and the UK party. Welsh voters may well hear different messages on the doorstep and in the media.

Ambiguity on the biggest issue facing the electorate has rarely been a recipe for electoral success.

Welsh Labour’s position seems out of step with the results of the 2016 EU referendum: according to Chris Hanretty’s constituency estimates, 21 of Labour’s 28 Welsh seats probably voted Leave.

By adopting a more unambiguous Remain stance, Welsh Labour will be hoping to prevent themselves being top-sliced by the Remain bloc of Plaid Cymru, the Liberal Democrats and the Greens.

The Conservatives are within striking distance of Labour in 10 seats

The most recent Welsh Barometer opinion poll places the Conservatives just one point behind Labour in Westminster voting intention. In 2017, the Conservatives came second in 25 of Labour’s 28 seats. Ten were won by a margin of less than ten points.

Is there reason to think that they might in 2019? If they do switch, that will have seismic consequences for Welsh politics.

The stickiness of Labour voters may not matter too much for the Conservatives. They have positioned themselves as the only Leave party capable of winning in first-past-the-post contests in a leave-voting country.

The three main challenger parties—Welsh Labour, Plaid Cymru and the Liberal Democrats—are all in favour of remaining in the EU.

Despite finishing ahead of Labour in the European Parliament election earlier this year, this election comes at a challenging time for Plaid. In 2017 two of their four Westminster seats were won by less than 150 votes.

Given the media focus on UK-wide parties, Plaid has often struggled to make its voice heard at general elections.

That said, the Plaid Cymru-Liberal Democrat electoral pact may help it to retain its Westminster presence. Crucially, the pact is highly selective: for instance, it does not include the Plaid-Liberal Democrat marginal of Ceredigion.

The Liberal Democrats are coming from a low base

In 2017 the Liberal Democrats’ vote share was the worst in Wales in the party’s history. It achieved 15 per cent of the vote in only three of Wales’s forty constituencies (Brecon and Radnorshire, Ceredigion and Montgomeryshire).

For the first time since the 1859 founding of the Lib Dem’s oldest predecessor, the Liberals, the party did not elect a single Welsh MP. In Wales, the party is coming from an exceptionally low base.

They will be hoping for strong showings in former strongholds such as Montgomeryshire, and Brecon and Radnorshire, the latter of which the party re-gained in a by-election in August. Plaid Cymru have agreed not to stand in these seats.

The Brexit Party could do the Conservatives severe harm

The Brexit Party’s success in the European Parliament elections led to the worst Conservative performance in a Welsh election as far back as it is worth looking. If they decide to stand in Labour-Tory marginal seats, it is likely that they will once again do more harm to the Conservatives than Labour.

There are simply more Leavers among 2017 Tory voters than among Labour voters. The question is whether the Brexit Party can convince the 25-30 per cent of Labour Leave voters that they are a more viable option than any of the other parties.

If they do, a considerable number of constituencies come into play.

Is the Welsh electorate still predictable?

The Brecon and Radnorshire by-election was held little more than three months ago. It illustrates key electoral issues at play for December’s vote.

The Liberal Democrats regained the seat from the Conservatives with a 4.5-point margin of victory. Plaid and the Greens stood aside for them. Both the Conservatives and Labour were squeezed. The Brexit Party exceeded 10 per cent of the vote, much bigger than UKIP’s roughly 1.5 per cent in 2017.

Combining the Conservative and Brexit Party vote on the one hand and the Liberal Democrats with Brexit-critical Welsh Labour on the other produces something close to a dead heat. Together, the pro-Brexit parties led by less than a percentage point.

The implications for Brexit

Welsh seats are key to the Conservative election strategy. If they beat Labour in their target seats in Wales, they will probably also have picked up Labour seats in England, increasing the chance of a Conservative majority.

A strong Conservative result in Wales will also put pressure on the Welsh (Labour) Government to change its ‘unapologetic’ Remain stance.

If Labour retain their seats (plus win Vale of Glamorgan) this will embolden Welsh Labour’s anti-Brexit position. A solid Labour result, combined with Liberal Democrat resurgence in mid-Wales could reduce the Tories to a handful of seats in Wales.

The election in Wales could be marked by dramatic volatility and surprising seat changes. The election result, and prospects for Brexit, seem set to hinge on small margins.

By Professor Dan Wincott, research director at the UK in a Changing Europe, and Jac Larner, research associate at the Wales Governance Centre.