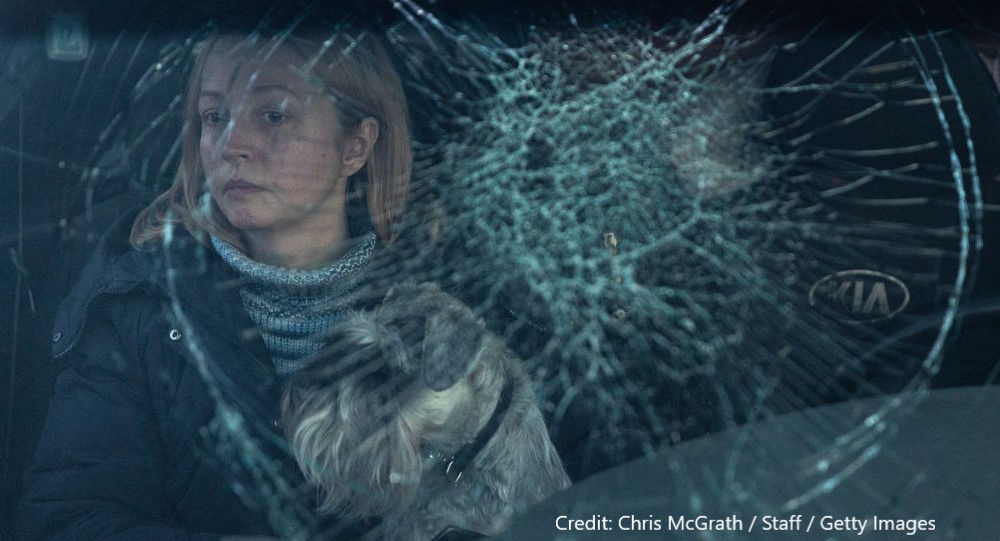 Ukraine is fighting until the last man standing in national mobilisation against Russian invasion. Like in Spring 2014, south-eastern Ukraine is at stake. Unlike then, there is strong resistance. The resistance has been possible through combat readiness of the joint armed forces, loyalty of local authorities and elites and mobilising structures that Ukrainian activists established in 2014. In 2022, Mariupol’s Azovstal has become a citadel of resistance and a symbol of Ukrainian unity, but also a metaphor to what will happen to European security if Ukraine falls. As such, the West ought to embrace the unifying effect of war on the Ukrainian society and foster pro-Western sentiments by supplying Ukraine with the aid it needs.

Mariupol is once again an outpost of Ukraine in the Donetsk oblast. In late Spring 2014, a group of sixty locals under the banner of ‘Donetsk People’s Republic’ built barricades around the city and occupied three buildings. Yet, it took one month for Ukraine to liberate Mariupol.
In 2022, Mariupol has been withstanding full Russian blockade for over two months, and is fighting to the last man, long after the city turned into rubble.

The example of ‘Mariupol DNR’ symbolised the situation in eastern Ukraine after Yanukovych was toppled by the Maidan revolution in 2014: the police remained largely loyal to Yanukovych, the Ukrainian security services were heavily infiltrated by Russian spies, the army was lacking, and local elites and a majority of the population were opposed to the post-Maidan government that saw the Party of Regions out of power.

Why? Two thirds of the population depended financially on a sole oligarch, a key member of Party of Regions, Rinat Akhmetov. His enterprise ranged from factories, businesses and shops tor newspapers and TV channels. This influence led to creating a ‘regime of job-givers’.
This ‘regime’ was aimed at protecting political influence in local governance and the Parliament, and social dependencies that secured popular votes; and these were intertwined.

Whenever there was a political crisis (Orange revolution 2004 or the Maidan revolution in 2014), elites amplified the same narratives centred around Donbas regionalism, pro-Russian and anti-Western sentiments and animosity towards Ukrainian nationalism. And people believed them.

Historically, this portion of society reflects a unique regional identity that resists Ukrainian culture, traditions and national symbols, which explains the popularity of the pro-Russian movement ‘Russian Spring’ that rose in the east after the annexation of Crimea, but also the lack of pro-Ukrainian movements.

So why are people resisting Russia now?

On the national level, the first main difference is the readiness of the Ukrainian army that has undertaken eight years of equipping, recruitment, training and now includes experienced Donbas veterans and many thousands of foreign combatants; and second, loyalty of law and security enforcement agencies to the Kyiv government.

On the local level, elites have assumed a strong anti-war position. A week before the invasion, Mariupol Council approved a local territorial defence unit provided by the demonised Azov battalion. Mariupol’s Mayor encouraged locals to join them, while Akhmetov provided shelter for civilians at his factories.

Another difference is societal. It originated already during the Maidan revolution. In Mariupol, Maidan was organised by a handful of people for whom the revolution represented more than ending crony politics and supporting EU membership: it was a chance to break away from the ‘job-givers regime’ and the proletarian identity it had produced.

But when Maidan ended in Kyiv, the ‘Russian Spring’ began in the east. Following the annexation of Crimea, its popularity and public presence increased, and takeovers of strategic buildings ensued. The result was the creation of insurgent formations and the onset of the Donetsk and Luhansk ‘People’s Republics’.

Mariupol Maidan organisers saw what happened in Crimea and feared that, given the strategic importance of Mariupol, their city would be next.
When Ukraine launched the Anti-Terrorist Operation in April 2014 in response to the growing insurgency, these activists started seeking out Ukrainian soldiers stationed at the vicinity, to demonstrate that “Mariupol is not Donbas, Mariupol is Ukraine” and worth fighting for. They found them hungry, thirsty and wearing slippers, realising it was the army that needed their support.

Historically unprecedented, protest activism turned into self-defence mobilisation with networks and supply chains across Ukraine. This effort contained insurgency before the army mobilised, and before Russia launched war to keep Donbas occupied. These people are at the core of defence and humanitarian aid now, as Mariupol fights until the end.

While one portion of society rose in resistance to Russians, another is resistant to change.

Prior to 2022, Mariupol residents told me that “during Yanukovych, there was stability, now there is war and politicians who promised to stop it, haven’t”. While opposing the government, local elites enjoyed majority support as job-givers had paid salaries and the Council collected bins on time.

The sentiment now is a mixture of betrayal, confusion and anger, many are fighting invaders. But time will tell if regional characteristic, identity markers and peoples’ perceptions of Ukraine and Russia change.

Research shows an interesting trend: the army, NGOs and the Church provide support in near-frontline areas. As opposed to politicians, they also enjoy most locals’ trust. We need to exploit this to win civilians over: by aiding Ukraine to protect itself and by reconstructing it.
The case of Mariupol is replicable: war and resistance are unifying the society and more people now perceive Russia as the enemy. This can positively influence the political map of Ukraine, whereby the West is perceived favourably, including in the traditionally resistant south-east.

By helping Ukrainian defence militarily, financially and diplomatically, the West can win against Russia. And it ought to because the war in Ukraine is already a global and a zero-sum one – if Russia wins, Ukraine, as well as European security, will crumble.

By Hana Josticova, Research Associate at the University of Glasgow. Hana obtained her Ph.D. at the Centre for Russian, European and Eurasian Studies, University of Birmingham, for her thesis ‘From Kitchens to Trenches: Social Mobilisation in Mariupol and Luhansk, 2013-2014’.