A whiff of incompetence will spell trouble for Johnson 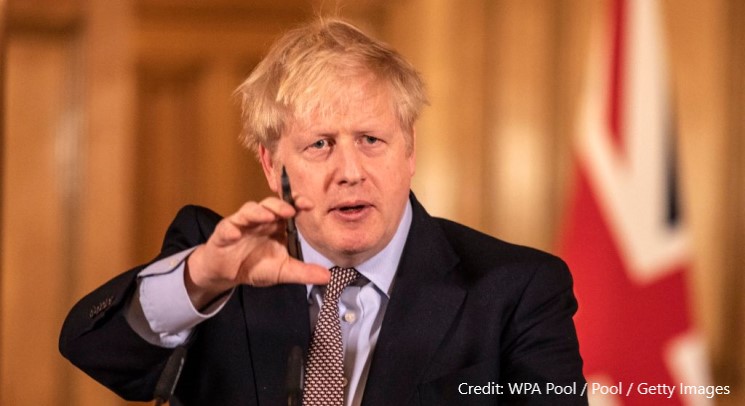 Last month, for the first time in nearly three years, YouGov’s political tracker found a near equal number of people think the UK government is handling Brexit well as think it is handling it badly. Support for the government’s Brexit position soared as it prepared to enter the next stage of negotiations.

This might lead you to assume the British public are comfortable with the consequences of what the government’s negotiating guidelines confirmed as the new choice: something between a thin trade deal with significant economic consequences, and the even thinner gruel of no trade deal at all.

YouGov’s tracker illustrates the point. After the 2017 election, net support for Theresa May’s handling of Brexit among the public nosedived, despite the campaign itself having little to do with Brexit. Popularity of the PM and trust in their Brexit negotiating skills rise and fall together.

Then Boris Johnson arrived in office and performed a little better against Corbyn than May, and in turn perceptions of Brexit competence increased. When Johnson got a deal his Brexit numbers barely shifted. When, however, he won an election, support for the prime minister’s handling of Brexit soared.

Yet as support for Theresa May’s Brexit approach fell precipitously from low to subterranean, there was always a cap on how far May’s lead over Corbyn ever fell. The government being seen to be messing up Brexit was never enough on its own for the public to embrace Labour and Corbyn.

The task for the next Labour leader is therefore two-fold. First: be less unpopular than Mr Corbyn. Second, pull off a high wire act: create a narrative of governing failure that both Leavers and Remainers can buy into.

So what does all this mean going forward in the current context, where coronavirus and its repercussions are likely to dominate Boris Johnson’s premiership?

For the Labour Party, it translates to a message on the issue of governing competence in crisis and, over the medium to long term, a narrative around the delivery of the Conservative Party’s political promises to its new electoral coalition.

There are some reasons to think Labour might be able to pull such a narrative off. After all, Boris Johnson set himself hugely ambitious rhetorical aims while erecting hurdles for himself nearly everywhere he looks.

There is likely to be an economic downturn from coronavirus followed by – at best – anaemic return to growth. And current decisions by the government are likely to make this harder than it needs to be.

The prime minister’s commitment to ruling out an extension of the transition period beyond the end of this year – trade deal or no trade deal – has gone from risky to reckless in the wake of the coronavirus outbreak.

This commitment comes with an economic price: the shock of likely short-term chaos for businesses who trade with the EU, as they recover from the demand shock caused by coronavirus. It is possible that it also comes with political costs that would have been hard to foresee a month ago.

For example, it is questionable how sensible it will be for the prime minister to put an immediate end to reciprocal healthcare arrangements when the virus could be about to enter a second wave across Europe.

Boris Johnson has also inadvertently made Labour’s high-wire act easier with his decision to claim Brexit is done and ‘receding behind us in history’.

It may well be that the prime minister believes that recalibrating our trade with the EU by the end of this year – whatever happens in Brexit negotiations – is necessary to fulfil the Brexit mandate. It is harder to make the case for heaping trade disruption on top of the economic hit of coronavirus if you have already claimed, and many voters believe, that Brexit is “done”.

Coronavirus is likely to make it more difficult to provide a direct link between economic disruption and Johnson’s decisions on Brexit. Yet it does not matter what gets the blame, but who gets it.

The next year is likely to be defined by the theme of competence and effective management of political and economic risk. In short, the trick for Labour, if it wants to pin Johnson down over the next year, may well be to do exactly what Johnson says he has wanted since the general election: ban the “B word”.

By Dr Alan Wager, research associate at The UK in a Changing Europe. This piece was originally published by The Times.