A year on from the EU referendum, many scars remain 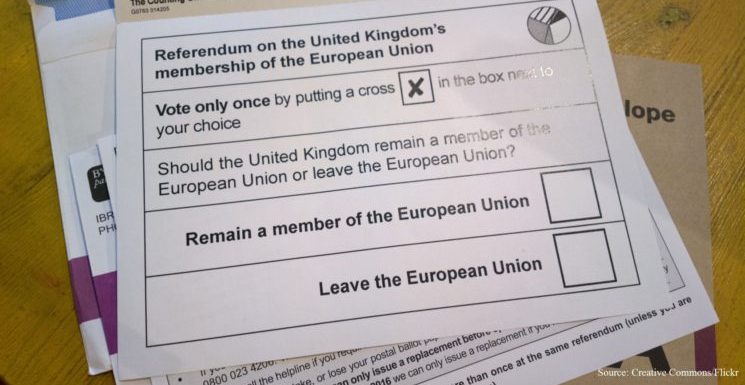 The Britain Stronger in Europe campaign knew right from the beginning that winning the EU referendum would not be remotely as easy or straightforward as many seemed to assume.

The foundational research for the campaign, in March 2015, showed Remain with a 53-47 lead in what at that stage was still a theoretical referendum on EU membership. But it also revealed that the underlying dynamics of the campaign were very unfavourable for us. Leave voters felt more passionate about their cause and when we factored this into the voting poll numbers, we were fractionally behind, not narrowly ahead.

Within these headline numbers, however, the picture was much more nuanced. Our research probed not just specific attitudes to an in/out referendum, but asked lots of questions exploring broader feelings about Europe, Britain and our place in the world – and about people’s values, aspirations, hopes, fears and priorities. When we split the electorate into segments on the basis of these attitudes, the country split into three roughly equal groups.

About a third of voters were committed to the UK being in the EU. Another third were even more strongly committed to leaving the EU. The result, therefore, lay with the other group: 34 per cent of the electorate who were narrowly in favour of Remain, but very conflicted and far from certain about which way to vote.

The view that defined this critical group of swing voters was ‘My heart says we should leave the EU, but my head says it may be too risky’. Most of them struggled to think of any positives for the UK from being in the EU, but they were very clear about the negatives, above all the billions of pounds a year that membership cost us in direct contributions, the unsustainable flow of immigrants from the EU and the inappropriate interference by the EU in aspects of our life and law that should have been none of its business.

Most fundamentally of all, nearly two-thirds of the electorate – and nearly three quarters of the key swing voter group – believed that ‘the EU needs us more than we need them’. This was an absolutely critical perception because it fed an assumption that if the UK left the EU the other member states (regardless of what they may say during the referendum campaign) would have to give us a good deal.

The politicians and commentators who now confidently interpret exactly what the 52% who voted to Leave the EU hoped and intended, simply don’t know what they’re talking about. It is often asserted, significantly, that voters clearly understood that leaving the EU would mean leaving the single market (on the grounds that leading campaigners on both sides of the argument and the government information leaflet delivered to all households said that this would be the case).

But, of course, voters sensibly do not take what politicians say at face value (even when they register it at all). One of the questions that we tracked in the Remain campaign’s research was what people expected to happen if there was a vote to leave the EU.

Consistently less than one voter in four thought that the consequence of a vote for Brexit would be ‘the UK leaving the EU and losing access to the single market’. Slightly more thought that that the EU would respond by offering us a better deal – and that the UK would end up remaining a member (a view expressed by Boris Johnson immediately after the referendum as well as before it).

Most people – at least 50% each time we polled the question – thought that a Leave vote in the referendum would result in ‘the UK leaving the EU but negotiating access to the single market and keeping many of the benefits of membership’; a perfectly logical expectation if one believed it was true that ‘they need us more than we need them’.

It is a measure of our failure that, through the months of campaigning, none of these attitudes and perceptions changed much. We never succeeded in shifting the general view that EU membership was a bad deal in transactional terms and could be replaced by something better because of the supposed strength of the UK’s negotiating position.

Our research also clearly told throughout the campaign that immigration was, for a great many voters, the most significant issue of all. This was because it seemed to be connected to so many other important things; a primary contributor, people felt, to so many other problems in our country.

By a huge majority, voters thought that leaving the EU would mean a radical reduction in the number of immigrants to the UK (from outside the EU as well as within it). Flowing directly from this assumption, people also thought, by wide margins, that Brexit would result in a big drop in UK spending on welfare benefits, smaller class sizes, lower unemployment and significantly shorter waiting lists for council houses and NHS treatment. The Leave campaign shrewdly (and cynically) tapped directly into this.

It is a widely-held theory that failure to tackle the immigration issue head-on is what ultimately doomed the Remain campaign to its narrow defeat. This analysis invariably omits to suggest what argument we could and should have made about immigration. Within the campaign the issue was debated endlessly; all ideas for what we might say about immigration were immediately tested in research – and all had focus groups shaking their heads in disbelief or laughing in ridicule.

For the very many voters who were so worried about immigration and believed that stemming it would help fix our public services, the Leave campaign was proffering ‘Take back control’. This was a simple, resonant and powerful message. The failure to achieve, through the renegotiation process, any kind of greater ‘control’ over immigration meant simply that remaining in the EU would mean the continuation of free movement. Nothing that the Remain campaign might say could alter that truth.

The research consistently told us that there were many voters who, though very concerned about immigration, cared above all about the risk to the economy of the UK leaving the EU: the ‘hearts vs. heads’ voters to whom we had nothing credible to say to assuage their concerns about immigration, but who were potentially persuadable that the economic case for staying in the EU was ever stronger.

The campaign’s failure, ultimately, was because it didn’t come up with a sufficiently convincing way of making the economic case for EU membership. These voters were unimpressed by parades of ‘experts’ saying that the UK’s was economically stronger in the EU.  They were never persuaded that the economic risks of leaving were all that tangible, or likely to affect them. About 55% of them voted Leave.

A year on from the EU referendum, many scars remain. Within each of our two main political parties (backed, between them, by 85% in the recent general election) there clear fault-lines between the agendas of ‘open’ and ‘closed’, between those who believe that we must make globalism work in the interests of all our people and those who believe that globalism cannot work in the interests of all our people, between ‘nowhere’ and ‘somewhere’. However Brexit now plays out, these fault lines will define the big picture of our politics for many years to come.

By Andrew Cooper, founder and director of Populus and worked for Britain Stronger in Europe during the referendum.