The UK in a Changing Europe promotes rigorous, high-quality and independent research into the complex and ever changing relationship between the UK and the European Union (EU).

It provides an authoritative, non-partisan and impartial reference point for those looking for information, insights and analysis about UK-EU relations that stands aside from the politics surrounding the debate.

The Initiative’s work is tailored to be easily accessible to policy makers, businesses, journalists, civil society organisations, educational institutions and the general public who are interested in the UK’s relationship with the EU.

Funded by the Economic and Social Research Council (ESRC), which is part of UK Research and Innovation, and based at King’s College London, the Initiative will explore the key aspects of UK and EU dynamics, including:

For more information about us why not read our latest brochure.

UK in a Changing Europe staff 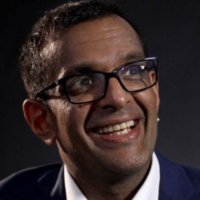 Director of UK in a Changing Europe

Anand Menon is Director of the UK in a Changing Europe and Professor of European Politics and Foreign Affairs at King’s College London.

He has written widely on many aspects of EU politics and policy and on UK-EU relations. He is a frequent contributor to the media on matters relating to British relations with the EU. 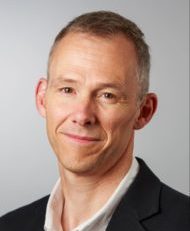 Professor Tim Bale – Deputy director at the UK in a Changing Europe and Professor of Politics at Queen Mary University of London.

He focuses mainly on political parties and on the politics of immigration. As well as edited works and journal articles he has published books on the Tory and Labour parties and is the author of European Politics: a Comparative Introduction. Tim has written for almost every UK newspaper and appears on radio and television programmes worldwide. 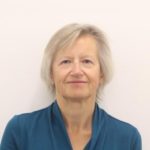 Previously, Jill was programme director at the Institute for Government (IfG) directing the organisation’s work on better policy making and Brexit. She is an experienced former senior civil servant, having worked in HM Treasury, Number 10 and Department for Environment, Food & Rural Affairs (Defra).

Jill’s writing is frequently in the media and she is a regular commentator on radio and television and tweets @jillongovt. 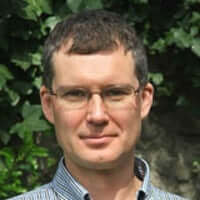 A political scientist and policy analyst by background, he has developed wide-ranging research interests and an enthusiasm for working across disciplines (politics, law, socio-legal studies, social and public policy).

His research ranges over such issues as: devolution and territorial governance; Constitutional law and politics; comparative welfare state theory and analysis; European integration, especially in the areas of social policy and law. 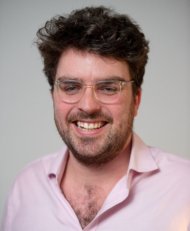 Dr Alan Wager is a Research Associate at the UK in a Changing Europe. Previously, Alan was By-Fellow at Churchill College, Cambridge and a researcher at the London School of Economics and the University of Manchester. His PhD thesis – concerning inter-party and operation in British politics – was completed at Queen Mary, University of London, where he taught undergraduate modules on British politics. 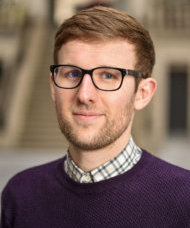 Matthew Bevington is a public policy researcher at The UK in a Changing Europe, with an academic background in international relations. His research interests include trade, economics, fiscal policy and economic geography. His work has appeared in the Times Red Box, Financial Times Brexit Briefing, Prospect Magazine and the New Statesman.

Simon Usherwood is Professor of Politics at the University of Surrey. He has been researching euroscepticism since the late 1990s. His work considers broad theoretical and practical questions about this phenomenon, as well as more specific work on the UK, on UK-EU relations, on the role of pressure groups and on the media profile of eurosceptics.

Damian Chalmers is Professor of EU Law, London School of Economics and Political Science. His specialisation is EU Law and the law of regional organisations.
During the fellowship, Damian looked at both the effects of EU law on non EU law States and the different models of regional trade arrangements around the world that may offer alternative models in the event of Brexit.

Dr Sara Hagemann is Assistant Professor in EU Politics, London School of Economics and Political Science. She specialises in questions of transparency and accountability in political systems, policy processes and representation in the European Union, and the link between the EU and national political systems. During the fellowship, Sara focused on how national parliaments – and the UK parliament in particular – can play a more prominent role in EU politics. Sara also provided analysis of the role and influence of the House of Commons and House of Lords in the UK’s continued cooperation with its European partners in the case of Britain leaving the EU. Follow Sara on Twitter here.

Alison Harcourt is a Professor at the Department of Politics, University of Exeter. She is an expert in EU communications regulation and its implications for the UK. Her research project investigated whether changes to communications policy at the European level might affect UK interests and how UK-based stakeholders might change their preferences as a result of Brexit.

Simon Hix is professor of European and Comparative Politics, and the Harold Laski Professor of Political Science, at the London School of Economics and Political Science. His main areas of research and teaching are comparative democratic institutions and politics, elections and decision-making in the European Union. For the project he looked at the positions and influence of UK politicians and civil servants on EU decision-making. Follow Simon on Twitter here.

Professor Richard G. Whitman is Director of the Global Europe Centre and Professor of Politics and International Relations at the University of Kent. He is an Associate Fellow at Chatham House. His research interests include the external relations and foreign and security and defence policies of the EU, and the governance and future priorities of the EU. For the project he examined the costs and benefits of the UK’s participation in the EU’s foreign, security and defence policies. Follow Richard on Twitter here.

Dr Jo Hunt is reader at Cardiff University’s School of Law, and an expert in EU law and its implications for the UK, particularly in respect to how it may be applied differently across the devolved regions. For the project she looked at the devolution of legal powers to Wales in the context of the UK’s membership of the EU.

Professor Michael Keating is politics professor at the University of Aberdeen and director of the Economic and Social Research Council’s Centre on Constitutional Change.  He recently completed a project on Europe focusing on historical, functional, institutional, political, institutional and normative perspectives on territory. For this project he will look at how the UK is changing within the context of an ever changing Europe.

Professor Laura Cram is a Professor of European Politics at the University of Edinburgh and Director of NRLabs Neuropolitics Research. She is currently the Brexit research leader for a collaborative project between the Neuropolitics Research Lab (NRlabs) and Full Fact, the UK’s independent fact-checking organization.

Professor Matthew Goodwin is a politics professor at the University of Kent, and associate fellow at the Royal Institute of International Affairs, Chatham House. Matthew’s main area of research is political behaviour in Britain and Europe, with a particular interest in political parties, electoral behaviour, euroscepticism and immigration. For the project he will look at the drivers of public and party-based euroscepticism in the UK.