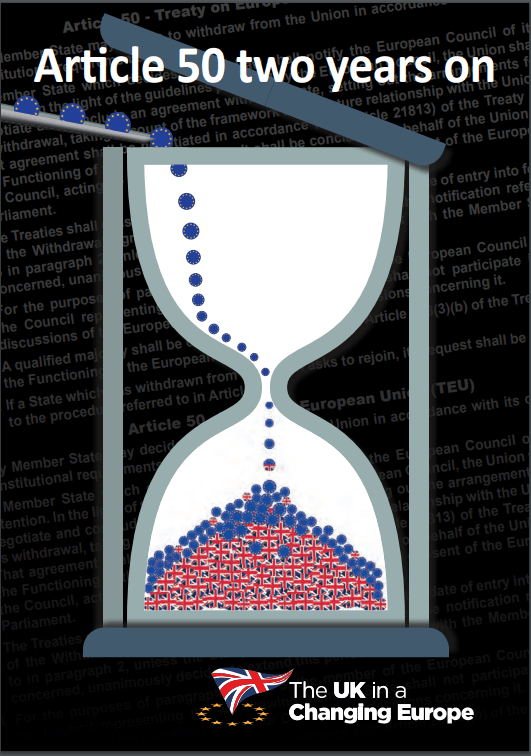 Academic think tank The UK in a Changing Europe has released a new report, Article 50 two years on, summarising what has happened in the Article 50 process, where we are now, and what might happen in the future.

New research in the report finds MPs have become considerably more rebellious over the Article 50 process, particularly since July 2018. Since then, the government has lost more than a third of its Brexit votes.

Tim Bale notes that if the UK stays in the EU, the future prospects for the Conservative party would be bleak. Equally, if the UK leaves the EU, the Labour party will be in “big trouble”.

Party identity and left-right values are arguably of diminishing importance, while Sir John Curtice argues that bridging the gap between Remainers and Leavers will prove extremely difficult.

The report does find areas of commonality between Leavers and Remainers, including their belief that the gap between rich and poor is too large, that health is the most important issue and a shared lack of trust in the government.

The report looks at:

Professor Anand Menon, director of The UK in a Changing Europe, said: “This is the definitive report on the Article 50 process. You should read it.”

You can read the full ‘Article 50 two years on’ report here.