Achieving lift-off in the referendum 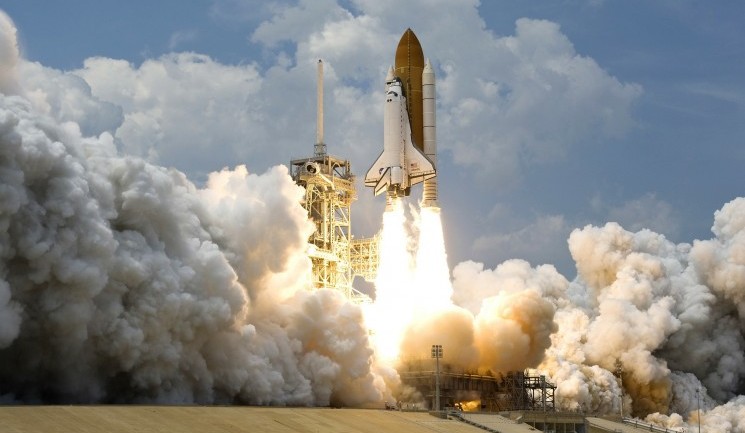 There’s not much that’s clear so far in the referendum, but one thing that looks pretty certain is that the campaign has yet to catch the public’s interest fully. Indeed, it might not be pushing things too far to say that most people don’t really care.

The reasons for this are many and various. Firstly, the EU has not been an issue of significant public interest for over a decade: as much as it’s motivated Tory MPs and Eurosceptic activists, the same hasn’t been true of the wider population. Secondly, and related to this, levels of knowledge about the EU remain low, which acts as a disincentive to engage with substantive points of debate. Finally, this is a very long campaign, having been set in train properly by Cameron’s general election success last May, with a couple of years before that of it being a possibility.

Clearly, some of this is contingent: as we close in on 23 June, so more people will become interested and engaged. However, the question will be whether this is a big or a small effect.

Why does this matter?

There are two main arguments on this. The main one is the democratic need for participation in a mechanism that is precisely designed to let people have a voice. Whatever the outcome, if it results from a low turnout, then it robs that decision of much of its legitimacy. That holds notwithstanding the British political convention that non-participation is a valid political act: since politicians have decided that they cannot make the decision themselves, it falls to the citizenry to take that role.

The second argument is more self-serving for the Remain camp. Turnout looks more and more to be the crucial factor in this referendum: the polling strongly suggests that the higher that turnout, the more likely a Remain vote will be. This matters all the more, given the lack of obvious movement in polls in recent weeks, despite the European Council deal, Boris’ coming-out or any other event. Of course, the flip side of this is that if turnout can be raised, and Leave still win, then Leave’s mandate will be all the stronger.

How do you get lift-off?

Motivations to one side, the question then is one of how you get significant public engagement. As I’ve argued on these pages many times before, engagement would not only be good for democracy, but also for the consolidation of a clearer British policy towards the EU, which has long floundered on a lack of obvious objectives.

If we assume that there will not be a spontaneous engagement by most people, then something needs to happen to make engagement look attractive. Here it’s helpful to think about this in terms of positive and negative drivers.

On the positive side, we might have the arrival of a strong voice into the debate, who fuels a lot of public interest. However, even writing that sentence highlights the difficulty: we’ve shot our bolts on Boris, Blair, Obama, Clarkson and even the Queen, so it’s not going to be anyone you’ve heard of.

Likewise, the structural inability of the Leave campaign to settle on a single plan for post-membership and the indifference of Remain to strategise how they will continue to promote British interests within the EU mean that the scope of a positive agenda also looks slim.

Negative drivers look more likely. The reaction to external voices – essentially, “butt out of our debate” – illustrates this well, where debate is not valued per se, but only within a heavily gate-kept framework. The things that are more likely to cut through that are also more likely to be negative articulations of fears or risks.

Partly, that comes from the wider environment. An EU facing another summer of the migrant crisis, weak Eurozone economic performance, aggressive Russian posturing, awkward Turkish and TTIP negotiations and assorted populist challenges within member states looks a lot like a recipe for multiple negative headlines. Worse still, those potential points of weakness or failure would go straight to challenging what limited legitimacy the EU has, based on its outputs.

Making that even more difficult, both sides in the campaign might be tempted to push negative claims about each other. While Leave might have an embarrassment of riches in extrapolating from the EU’s failures, so too can Remain make hay from the contradictions that arise from the multiple alternative futures offered outside the EU. Whatever one thinks of “Project Fear” type agendas, shock stories do have some media value. It’s not hard to imagine pieces about either outcome will destroy the NHS, cripple the economy, mean the end of the British countryside as we know it, and the rest.

To some extent, all of these things are already out there: indeed, that rather proves the point that publics aren’t that engaged. Drivers can only got so far if they lack receptive audiences. The danger is that the only things that matter are those that occur in the final couple of weeks: given the extent of the ramifications of the decision, that looks rather careless, both on the part of politicians and on the part of citizens.

This piece was written by Dr Simon Usherwood, senior fellow at the UK in a Changing Europe and senior lecturer at the School of Politics, University of Surrey.