Advice in a time of belief: Brexit and the civil service 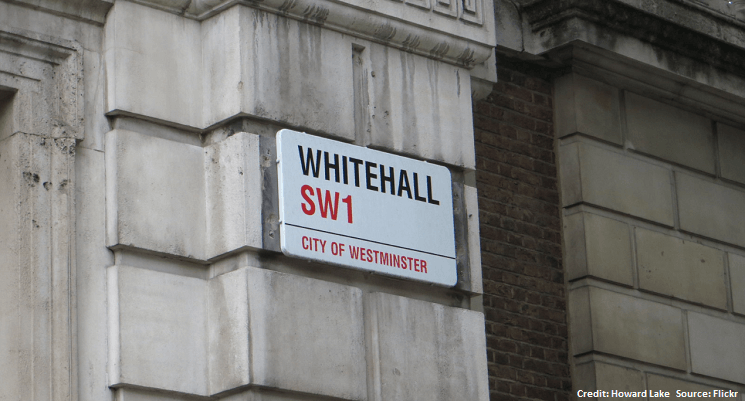 The UK civil service prides itself on being able to serve democratically elected ministers of radically different political beliefs. This principle of political neutrality has carried it through transitions as marked as Callaghan to Thatcher, Major to Blair, and from the Brown government to its coalition successor.

The permanent home civil service has also successfully transitioned from serving Westminster departments to devolved administrations in Cardiff and Edinburgh, even advising a Scottish government in pursuing independence. None of these transitions has been painless, but Brexit seems to present a different challenge.

Individual officials have been publicly identified for criticism, dismissed or moved after giving unpalatable advice, or leaked against in the press. Sir Ivan Rogers was sacked from his job in Brussels for advising on how the EU would react. Olly Robbins will be the fall guy for negotiating Mrs May’s failed deal. Today, Sir Kim Darroch, the UK ambassador in Washington, resigned, and the Cabinet secretary Sir Mark Sedwill is said to be next.

But this may not just be about individuals. Many pro-Brexit politicians seem to see the civil service as a supporter of the establishment they seek to overthrow. So is the principle of a politically neutral civil service under threat?

Political neutrality has never been easy. Making the transition to ministers of different political views is more than just a matter of accepting that politicians choose the objectives and officials work diligently to achieve them. Some found the prejudices or objectives of the new ministers difficult to swallow. Others, inevitably perhaps including more younger officials than older, found it easier to internalise the priorities of new political masters.

Institutions reorganised and retooled themselves to serve different sorts of objectives. But the underlying proposition of professionally competent officials ready to advise and administer in accordance with the political views of elected ministers remained: the challenge of changing gear and direction was one of management and leadership.

Is there something different about Brexit?

On the face of it, no. After all, Brexit is a simply a policy choice to leave the EU. Some officials found this hard to swallow, and may have made that too obvious. The demographics of Leave and Remain voters, and civil servants’ typically cautious temperaments, suggest many senior officials probably did vote Remain. But we’ve been here before: many civil servants would have been suspicious of Mrs Thatcher’s reforms, or the Blair government’s emphasis on presentation.

In the Scottish referendum, Scottish civil servants were probably more likely to vote No than Yes. Despite that, the civil service faithfully served these masters. And it has been dutifully working, it seems, to find a way to deliver the decision to leave the EU.

The striking difference is that the Brexit debate strikes at the other core value of the UK civil service: objectivity, giving advice based on the evidence. During the EU referendum the government (as in the Scottish referendum) published an extensive set of analyses of the potential effects of leaving the EU, in support of the government’s Remain position.

They pointed out the risks of leaving and the benefits of the various UK opt-outs, although overall they had barely a good word to say about the European project. Although ministers took responsibility for these, they clearly represented professional official analysis and advice, notably of HM Treasury.

This inevitably put the civil service in the same boat as other authority figures, such as the Bank of England and much of the business world, who had put evidence of the risks of leaving into the public domain. The reaction of Brexit campaigners is best epitomised by Michael Gove’s claim that ‘the people of this country have had enough of experts’.

Brexit has become a matter of belief, it seems: not just believing that leaving is a good thing, but disbelieving anything that suggests it might not be. In consequence, efforts to negotiate a way of leaving while minimising the downsides are seen as undermining the project. Official analysis of the economic effects of Brexit and of the risks from no deal has been published or leaked, and as a result the civil service is seen as part of an establishment determined to thwart the will of the people, the ‘enemy within’, according to Nigel Farage.

Does being objective mean the civil service is not politically neutral?

There is a trivial sense in which there is no such thing as objectivity. All analysis and advice has some unstated or unexamined political assumptions. Part of the difficulty of previous transitions will have been flushing out some of these. The challenges to official analysis are blunter this time. First, that it is simply wrong, and cannot be true, as it shows downsides of leaving the EU.

Although these assertions are sometimes supported by technical arguments (e.g. over the application of the GATT rules in a no deal scenario), they often swiftly become arguments of bad faith. On the economic downsides of leaving the EU, it is not that the Treasury and the Bank of England are mistaken, but that they are deliberately misleading because they want to Remain.  Similarly, Sir Ivan Rogers was not just wrong about how the EU would react, he was on the wrong side for saying so.

This is a common enough human behaviour. Evidence which undermines a cherished belief is disregarded, or its presenters delegitimised. Few of us are so objective and disinterested never to have done this. It is the common coin of much political debate, and most officials will at some time have encountered politicians who have refused to accept some uncomfortable reality, and blamed the messenger.

Nor indeed has the system ever been wholly free of official yes men. But that is quite different from the risk the UK government system now faces. It is quite possible that, for a period at least, we could have a government at the highest level which will choose to operate on the basis of belief, rather than evidence, and could even seek to replace objective advisers with true believers.

Reality would likely catch up with such a government swiftly, maybe when assessments of the implications of a no deal Brexit turn out to have been right after all. But a lot of damage might be done in the meantime. It is not that the careers of individuals may be truncated (unfair though that may be, it is not unprecedented) but that the principle of basing policy on evidence could be undermined.

It is a commonplace to say Brexit has stretched our political parties past their breaking point. If we are not careful it could do the same to our system of public administration, and in a few years’ time we could find we need a new Northcote and Trevelyan to pick up the pieces.