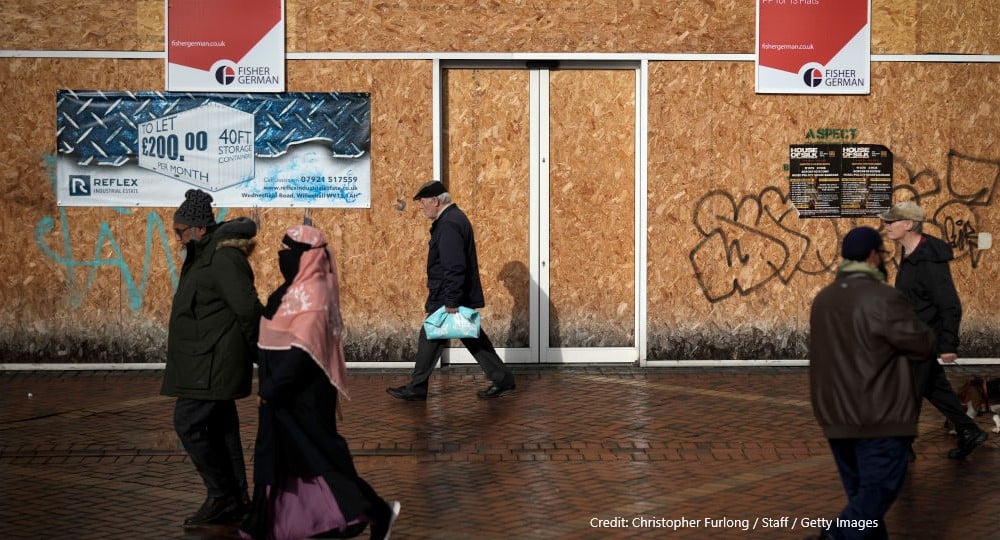 Catherine Barnard and Fiona Costello examine the issue of ‘advice sharks’ – those who charge vulnerable individuals high fees for often incorrect advice – and the impact they are having on the EU migrant communities that are the subject of their research.

The cost of living crisis in the UK means that many are struggling to make ends meet. For some this could mean turning to a loan shark in desperation. Research by the Centre for Social Justice this year (2022) showed that as many as 1.08 million people in England could be in debt to an illegal money lender. Legal money lenders in the UK need to be authorised by the FCA (Financial Conduct Authority). So called ‘loan sharks’ are not regulated by the FCA, often charge very high levels of interest and some use violence and intimidation to collect money.

Some loan sharks target those more vulnerable too. The CSJ report shows that ‘most victims face a range of interwoven disadvantages – low incomes, long-term health problems and pre-existing indebtedness. These are the people at the sharpest edge of today’s cost-of-living crisis’.

However, loan shark practice predates both the current cost of living crisis and the COVID-19 pandemic, which had already increased vulnerability and exacerbated inequality, as well as affecting the income of many. In fact, the Office for National Statistics showed that 9 million people in the UK needed to borrow more money than usual during the pandemic. These crises provided the perfect storm for sharks to operate.

And it is not just loan sharks targeting vulnerable people. ‘Advice sharks’ – so called because of the similarity in their modes of operation to ‘loan sharks’ – have also profited from those desperate for help. Covid provided the perfect cover for their operation. Legitimate advice services went online and thus became inaccessible to some of the most disadvantaged who did not have access to the internet; advice sharks stepped into fill the gap.

They charge (often) significant fees (£30-£500) for their ‘services’ (even when providing incorrect advice), as well as using intimidation tactics to elicit payment for services – even when the advice is wrong. For the low paid EU migrant communities that are the subject of our UK in a Changing Europe research this practice has had a serious impact on their lives.

Take Pieter* who paid £150 to an advice shark for help with his (free) EU Settlement Scheme (EUSS) application (all EU migrants and their families had to apply under the EUSS to secure their right to live in the UK). Pieter was charged £40-80 each time he returned to the advice shark for an update on his application; he paid her £700 in total. He eventually discovered that the advice shark had lost his documents, including his ID card. The advice shark told Pieter that she would call the police if he contacted her again and threatened that she could have him deported, as he has no legal status here. Pieter no longer has any form of ID and now needs to re-apply (late) to the scheme via a paper application. He is unable to work, and he is unable to claim universal credit because he has no ID and no submitted EUSS application.

But this is not just an EUSS-specific problem, and it certainly predates it. A charity in the North tells us they are currently seeing a number of people who have been charged for, but not received, a national insurance number. This bogus NI application costs people £100, and business flourished (last year) when the national insurance number application route closed for EU nationals.

They also report people being charged for help with housing benefit claims, knowing it will be refused, so that another further charge can be made for a universal credit claim – the claim that should have been made in the first place.

In East Anglia we learned of a woman who was charged £500 to help with a maternity allowance application. When she received her payment, she was accompanied by the advice shark to the cash machine to withdraw her £500 fee in cash.

Similarly, we are aware of a grandmother who paid £500 for a tax credit claim and then £100 per year for all subsequent applications. She has paid more than £1000 to this advice shark. The advice shark’s method of working seems to be standard: the shark keeps the client’s personal ID documents until the award has been made; the documents are returned only when payment has been made for services. In some cases, these documents are then used for other fraudulent claims.

This raises the question of what can be done about it? The authorities are aware of the practice but they find it difficult to intervene due to lack of concrete evidence and fear among the victims of reporting the perpetrators, not least because advice sharks may be the front for wider criminal activity. Take the case of Ana and Sophia*, two young women who had been trafficked  into the UK:

Dealing with two young Portuguese women who had been persuaded to come to the UK by the same perpetrator on the promise of work, benefits and housing. They spoke almost no English. When they became aware that payment for the housing was to be ‘in kind’, they left and approached the Salvation Army. Of course, they are too afraid to give evidence, not least because they feel embarrassed that they believed the promises that led them here.

And even if the evidence issue could be addressed, the current legal framework does not help agencies charged with investigating such conduct. While giving immigration advice outside the regulated framework is unlawful, with a maximum penalty of two years in prison, giving benefits advice for money is not per se unlawful.

Advice sharks may also have misrepresented their skills and knowledge, inducing the advice seeker to enter the contract with the advice shark. They may also have breached their contract (by not delivering on quality advice). However, it is extremely unlikely that any of the advice seekers would be in a position to sue, due to lack of funds, knowledge and, probably, fear. So, advice sharks get away with it and legitimate organisations, where they exist, pick up the pieces.

By Catherine Barnard, Deputy Director, UK in a Changing Europe, and Fiona Costello, both of the Faculty of Law, University of Cambridge.

* Names have been changed to protect identities.