After four days of Conservative conference, we still have no idea what Brexit will look like 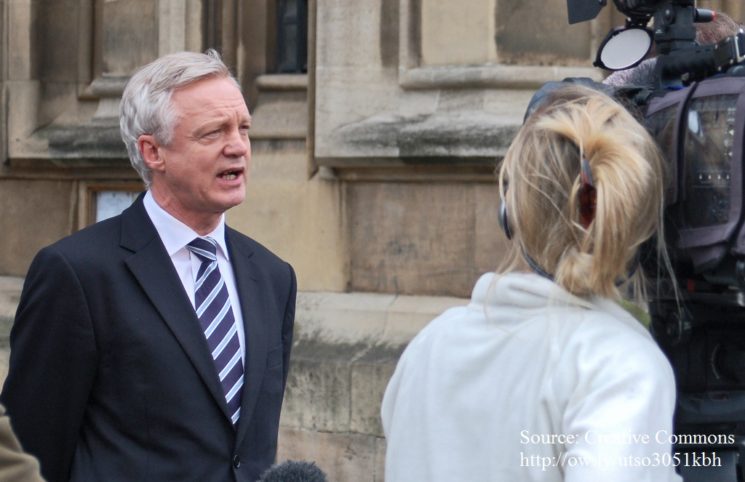 Are we there yet?

What parent of young children has not heard those dreaded words? I remember my then three-year-old shouting them as we sat on the runway at Heathrow, prior to a ten-hour flight to India. Cue a mass donning of headphones around us.

I was reminded of this during the Conservative Party conference this week. After Theresa May spelt out her intention to pass a “Great Repeal bill” and invoke Article 50 by the end of March next year, the media reacted as if something momentous had taken place. And yet Brexit has not even begun.

It is clear that Brexit has presented a challenge to journalists. The story has dominated the headlines for weeks, yet there has been little of substance to report. Statements by ministers are parsed for meaning as if they were newly discovered manuscripts by the Bard. Gossip from the continent is held up as a portent of what lies ahead.

So where in fact are we? Frankly, on the political equivalent of the Heathrow runway. That Article 50 will be triggered by the end of March is certainly more detail than we previously had. But most people expected that to occur by then anyway. As for the Great Repeal Act, legislative measures to guarantee legal stability once we left the EU would always have been necessary. The only surprise was the decision to give the legislation an oxymoronic title. The Great Repeal bill, in effect, will repeal one bill whilst ensuring the survival of several thousand pieces of EU inspired legislation.

Meanwhile, over four frantic days in Birmingham, ministers contrived to speak endlessly about Brexit whilst saying little of substance. We still do not know precisely what the Government wants. For all the PM’s apparent clarity about reasserting control over immigration, foreign courts and the like, she left herself significant wiggle room with regard to the ultimate Brexit outcome. In some ways, this is a tactically sound approach. Why, after all, would any country want to publicly spell out its negotiating position prior to the start of talks? On the other hand, it is hard to avoid the impression that this lack of substance reflects the fact that the government itself is not yet sure what it wants.

Prior to the commencement of Article 50 negotiations, there will need to be difficult conversations between ministers about negotiating objectives. Will the desire to end payments to the EU, to extricate Britain from the purview of the European Court of Justice, and to control migration triumph over the attachment of ministers, such as Philip Hammond, to remaining within the single market?

Then there is the question of what the country as a whole might want. In July, Theresa May intimated that she was “willing to listen to options” on Scotland’s future relationship with the EU. She seemed to contradict this in Birmingham last weekend. Nevertheless, the government will need to talk to its Scottish counterparts both about the negotiations with the EU, and about their implications for Holyrood once formally devolved powers seek to be handled at EU level. A nasty spat seems guaranteed.

On top of this, provision will need be made for those sectional interests that stand to be severely affected by Brexit. What do we do for farmers who stand to lose access to the much-maligned, but – for some at least – highly lucrative Common Agricultural Policy? What public policy measures might counteract any negative effect on firms of non-membership in the single market? How can universities, heavily dependent on EU funding, be helped to balance their books and remain world leaders in their field? Answers to these questions must be sought before we can know what we ourselves want.

What we actually get, however, will depend on what others are willing to give us. Once the prime minister has written to the EU to trigger Article 50, formal negotiations will begin. Initially, these will focus on tedious technical questions: what happens to the pensions of British staff employed in the EU institutions? What of EU budgetary programmes that continue beyond the date of exit? Do they continue? If so, must the UK continue to pay into the EU? Will the EU retain the right to audit spending programmes it has funded in the UK even once the latter is no longer a member state? Such matters are important. And negotiations over them could prove complex, contentious, and time consuming. And they can create a basis for years of expensive litigation.

Yet, in the greater scheme of things, the issues to be discussed under Article 50 (and the list lengthens by the day) are relatively trivial. They are about tying up the loose ends of membership. Hence, EU rules allow the deal to be agreed only by a majority of member states. What really matters are potentially parallel negotiations over the future relationship the UK will have with the EU.

I say potentially because no one seems clear whether the EU will agree to talk about the future without first resolving the past. The UK has a strong incentive to convince them to do so. The two years allowed under Article 50 is not long to completely reshape the complex political, legal and economic relationships that have evolved since 1973. And as the clock ticks down, our negotiating position weakens considerably. A cynic might argue that the EU might benefit from insisting on getting what it wants from the Article 50 talks before agreeing to start discussions on the future.

And when discussions turn to the future, they will make what has gone before seem like child’s play. Not only do we need to strike agreement on what a future relationship should look like, but at the same time, the government must keep in mind what this implies for Britain’s trading relations with third countries. And then we must ascertain if these countries will even agree to negotiate with us before they know what relationship we will have with the EU. Finally, of course, our negotiators need to decide what happens if there is no deal. Would London need to draw up its own tariff schedule in order to be able to rely on WTO provisions to shape its trading relations?

Any long-term deal, moreover, will require parliamentary ratification in all member states. Even if this is possible – and parliaments across Europe have not shown much love for trade deals of late – it will take time. Consequently, there are those who hope that Britain can secure a transitional deal under the Article 50 procedure and thus via a majority vote. Such an agreement, should one be available, would at least take the pressure off negotiators to get everything signed and sealed within 24 months.

Either way, however, it defies belief that we will know the precise shape of our future relationship with the EU within two years. Which means, of course, that Brexit might figure heavily in the 2020 General Election. This is a debate that will run and run. The obvious answer to give a child who asks if we’re there yet is “nearly.” In all conscience, that’s not a response I can give about Brexit.

Anand Menon is the director of The UK in a Changing Europe and professor of European politics and foreign affairs at Kings College London. This piece originally featured in The Telegraph.