After Merkel: Germany, the UK and the EU 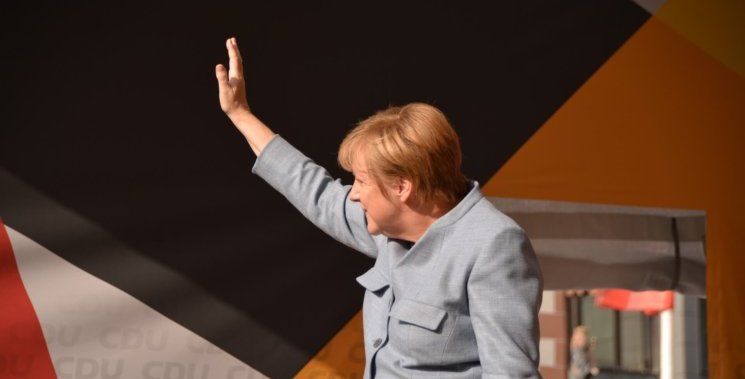 Angela Merkel’s decision to give up the leadership of the Christian-Democratic Party by the end of the year after heavy defeats in the elections in Bavaria and Hessen feels like a political earthquake.

The reign of Europe’s most powerful leader –  who has outlived several American, British and French presidents or prime ministers – seems to come to an end. In Germany, the future for any government seems more open than it has ever been in the last decades.

What does this mean for Germany’s relations with the UK, for Brexit and for the EU?

In the current situation, speculating about future party leaders, chancellors, or government coalitions is fun but a moot exercise as too many things are in flux.

But precisely because so many things seem to be open now, it may be useful to recall a number of big, slow-moving parameters which may be obscured by the heat of the political debate.

First, Brexit and relations with the UK are not a salient topic in German politics but rather a matter of expert debates and interest group activity. What is a salient and divisive domestic topic in the UK is a remote foreign policy issue in Germany.

In the lead media from the left as well as from the right, there seems to be a consensus that Brexit is bad for the EU and for the UK but much worse for the UK, and that it is irrational.

The days when commentators feared a chain reaction among other member states towards leaving the EU are long gone.

Business has warned against a no-deal Brexit but the general mood seems to consider Brexit like a natural disaster that is unfortunate but unavoidable, and that also presents economic and political opportunities.

Second, Angela Merkel’s decision may only be the most visible sign of a major political realignment that has been going on for many years and will continue far into the future. It is not merely a contest about leadership but a change of the political landscape.

The German party system is becoming more pluralistic as a reaction to slow but tectonic shifts in society. Parties are trying to reposition themselves in that context but it is far from clear which strategy will be successful.

It has often been said that Merkel’s centrist course (which was electorally successful for many years) has left empty space on the right of the political agenda which was eventually filled by the Alternative für Deutschland (AfD) and was thus a major political mistake.

Whether or not a more conservative Christian-Democracy on the federal level will get more votes is far from certain as it may alienate centrist voters.

Still, a few trends may be visible. A major contentious issue among the Christian-Democrats is the degree of national fiscal responsibility in the eurozone. For her critics, Angela Merkel was too forthcoming towards Southern European states.

Friedrich Merz, one of the contenders for party leadership, publicly declared that he was against bailing out Greece. The liberal Free Democrats rejected the EU’s bail-out fund and the ECB’s expansive role altogether.

The Merkel camp and large parts of Social Democrats, as well as the Greens, respond that debtor states were not bailed out because of charity but because of self-interest in order to prevent a breakdown of the euro and a radicalization of political forces in debtor states.

This debate will continue to dominate German discourse, with Italy as the hard case.

The more conservative parts of Christian Democracy, as well as the Liberals, are united in their desire to strengthen border controls – Schengen borders through Frontex, not national borders.

This means more European influence in a core state power, not less. They are also advocating a stronger European role in defence. In their view, the secular withdrawal of the US (dramatically accelerated by the Trump administration) and the rise of China and a more assertive Russia leave Germany with no alternative.

More generally, there are strong feelings about the cultural dimension of the new cleavage between cosmopolitans and nationalists among those arguing for a more conservative reorientation of Christian Democracy (and the Liberals).

However, this mostly relates to German identity, Christian heritage and the number of refugees. The logic behind Brexit – that the EU means entanglement and that one gains sovereignty by leaving it – is not popular in this line of thinking.

On the contrary, Germany is seen as a mid-sized power that cannot alone cope with the challenges of the present and of the future. A larger market gives more leverage in trade negotiations, defense has to be pooled, and common European borders have to be protected.

As was the case before the referendum, the UK was never a part of the most dynamic policy areas of the EU – economic and monetary union and the Schengen area. These are the areas on which the German domestic debate focusses.

Market-oriented conservatives may deplore the loss of a former ally. But compared to the contentious debates over these issues, Brexit and relations to the UK are a side issue that does not really matter in the current reconfiguration of the political landscape.

By Markus Jachtenfuchs, Professor of European and global governance at the Hertie School of Governance.