After this week’s political dramas, what next? 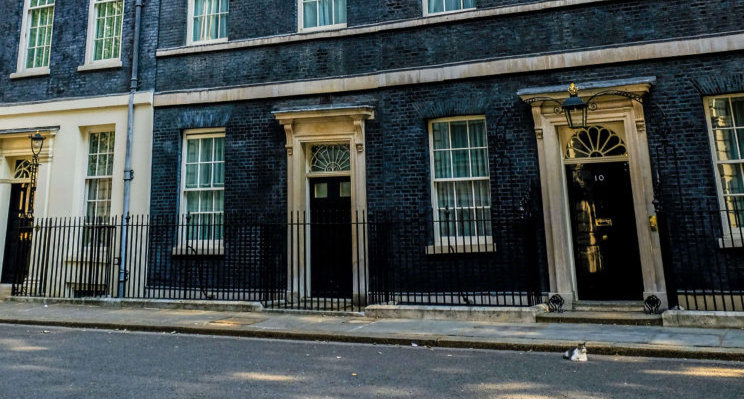 After this week’s political dramas, what next? The following is an attempt to sketch out the different paths forward from here. This analysis is based on conversations with friends and contacts from different parts of the Conservative and Labour parties, and in several government departments, but the observations, conclusions and speculations are mine alone.

Probably the most important point is that Theresa May will remain PM, for now. The Tory Leavers might have the numbers to trigger a confidence vote, but she’d very likely win it.

That might leave her fatally wounded, but if she did, eventually, step down, the Leavers don’t have the numbers to install one of their own as leader, or even to put a Brexiteer into the final two candidates who would go to the party membership for election.

Instead, the Brexiteers will try to force May to abandon the Chequers deal and accelerate British preparations for a no-deal exit. May, encouraged by business and Whitehall will resist this fiercely, even though she will suggest that she is indeed doing more to prepare. Prepare for an even nastier internal Tory Party guerrilla war against No 10.

Johnson and Davis, backed by a few dozen angry MPs, can’t replace May, but they can make her life even more unpleasant than it is now. Johnson in particular will seek to ramp up the pressure on May.

One sub-plot to this drama that should not be underestimated: Johnson will be fighting against Leavers who support May, a group that includes his old ally Michael Gove. The splits in the Tory Leaver camp are significant, and make it all the less likely that Leavers will try to challenge May under the current circumstances.

So Theresa May probably has the weary support of enough Tory MPs to remain in office, but that does not mean she has the votes to pass some form of her Chequers deal though the Commons. Enough Tories are probably prepared to vote her deal down to mean that she’d need the votes of opposition MPs.

Much now depends on pro-EU Labour MPs. The only way the Chequers deal, or anything like it, passes the Commons is with Labour votes. And the only way enough of them will be willing to vote for it is if (i) the deal becomes better (i.e. softer) and (ii) they accept that the only alternative is no-deal Brexit.

The belief that there is another option – (iii) collapse the May Government, pause Article 50 then stop Brexit altogether – is a significant brake on May’s chances of passing a deal.

Because of that, what the EU27 do next matters a lot. If they want to keep May in place and aim for a deal, they will, eventually, accept the outline of her White Paper, and maybe make concessions for her. If they don’t think it’s worth keeping her in place, or if they simply miscalculate, they will reject Chequers, or seek a higher price.

From there, the options would include May capitulating to Brexiteer demands to set course for a no-deal Brexit – whereupon Tory Remainers would quite possibly unite with Labour to bring down her government.

Another option would be an extension of the Article 50 timetable – a possibility that many pro-EU MPs believe is under active consideration in Brussels and elsewhere.

My humble opinion is that such an extension would be extremely unwise, since it would precipitate a crisis of British governability significantly worse than the current levels of dysfunctionality.

If May assented to that extension, she would face an immediate challenge from Tory Leavers (and a resurgent Ukip, possibly led, yet again, by Nigel Farage) crying “betrayal”.  The weight of those attacks would render her position almost immediately untenable.

An Article 50 extension would likely change the dynamics of the Conservative Party debate: it would energise Leavers such as Johnson, and put significant pressure on other potential successors to reject that extension.

It is also perfectly likely that Jeremy Corbyn’s Labour leadership might seek ways to object to the extension; Labour is not as electorally vulnerable to a Ukip revival as the Conservatives, but would still suffer.  And some of Corbyn’s circle are privately committed to leaving the EU at almost any cost.

In other words, EU leaders believing an Article 50 extension could change British politics in favour of a closer British relationship with the EU might find that they actually force the leaderships of the two main parties to take positions that point instead to a rejection of the process and a no-deal Brexit.

Perhaps that prospect might unite moderate Tories and moderate Labour MPs in a ‘national unity’ coalition to stop such an exit, but that would be very big gamble to take.

What if the EU27 takes the other course, and tries to help May by making concessions to accept her Chequers deal and perhaps make it something that some Labour MPs could vote for?   Here, the outcome is less certain.

Some Tories would react to such a victory with fury, and a leadership challenge might well follow. Whoever led the Tories after that vote would end up relying on a painfully divided party for the support needed to survive confidence votes in Parliament.

In short, any Tory Government that survives the passage of a Brexit deal may be even weaker and more damaged than it is today, and even more reliant for survival on Tory Brexiteers’ fear of the consequences of an early general election.

Of course, we should always consider the counterfactual, and ask whether Theresa May might be able to pull off an improbable deal with the EU, then use the ensuing sense of momentum and minor public gratitude to force the great majority of her rebellious party to support that deal in the Commons, while also winning some Opposition votes.

To do that, she’d likely have to argue that MPs have four choices: 1) her deal; 2) no deal; 3) Prime Minister Jeremy Corbyn; 4) No deal and Prime Minister Corbyn.

Could Theresa May really pull that off? Remember, a year ago, the ink was drying on her political obituary, yet she remains in post today.  Whatever else she is, she’s resilient, so don’t write her off just yet.

But the path that leads from here to a point where she has passed a Brexit deal through the Commons and secured her leadership of the Conservative Party looks very narrow indeed.  It also rests on the conduct of several other actors, including Labour moderates and – most of all – the EU27.

Do European leaders want to stick with May and her faltering attempts to stumble towards a deal?  Or do they want to roll the dice and see what happens if she falls?

By James Kirkup, Director of the Social Market Foundation.