Ageing UK and Brexit: views on the healthcare system 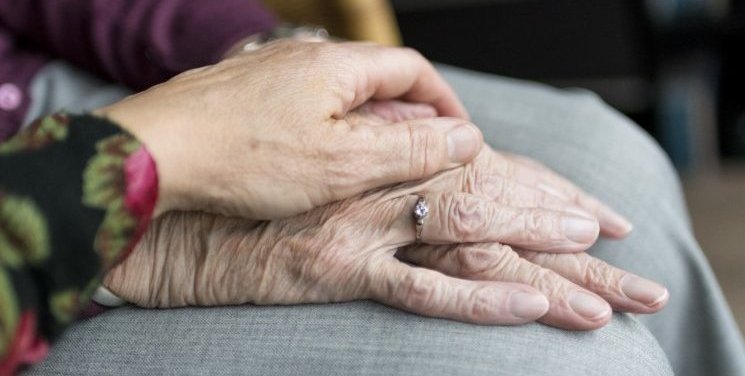 During the lead in to the referendum, the Leave side campaigned with the pledge – famously plastered on the side of the tour bus – that the money saved by no longer paying into the EU’s budget could be allocated to the NHS. Simon Stevens, its chief executive, has since demanded the promised £350m a week, and so far his claim has not been answered.

Given the complexity of healthcare in the UK, and its international ties, it should be a priority during the negotiation process between the EU and the UK. Obvious areas of concern are the international workforce of the NHS, reciprocal healthcare coverage, and the licensing of new medicines for the UK market. But something else is lurking on the domestic front: the demographic changes effecting the UK, and the challenge they pose for the NHS.

According to report prepared by House of Lords Select Committee on demographic change, the proportion of people aged 65 and over in the UK will rise by 51% by 2030. People living with three or more long-term conditions will increase by 50% in the same period, and those with cognitive disorders like dementia by 80%.

The combination of longer life expectancy, higher incidences of chronic conditions, and low birth rates has become a burden for the NHS, and more generally for the UK economy – since ageing societies are characterized by lower economic growth.

Parts of the demographic shift are already seen in the NHS; one in three nurses will retire in the next 10 years, in December 2015 NHS had more than 23,443 vacant nursing posts and 6,207 vacancies for doctors. Due to a lack of personnel, patients spent 1.8 million extra days in UK hospitals because of delays in their discharge.

Older patients often require more intensive support from health care staff due to their complex care needs, like multimorbidity and cognitive disorders. However, there are fewer doctors now in training compared to 2010 – physicians report extensive stress, and point out the negative impact of poor staff morale on patient safety.

The Secretary of State for Health provided £100 million to fund 1,500 extra medical student positions from 2018 – but this program will take years to show its effects, given the long training times of medical students. Furthermore, it’s probably underfunded: since the cost of training a doctor is estimated to be £160,000, the total is more like £240 million, not £100 million.

While the aging population leads to a large demand of health and social care, EU health workers may be deterred from working in the UK due to uncertainty over their employment rights following Brexit. Any disruption to the current recruitment pipelines could improve pressure on health and social care. Numbers already indicate that Brexit has had some small effects on the number of healthcare professionals from the EU working in the NHS: the number of EU nurses leaving the NHS increased by 298 from 1,017 to 1,315, and EU nurses joining the NHS fell by 173 from 1,409 to 1,236.

The majority of health workers in the NHS are British, but the drop-out of EU healthcare workers would significantly worsen the tense situation of health and social care in the UK – particularly for older patients. 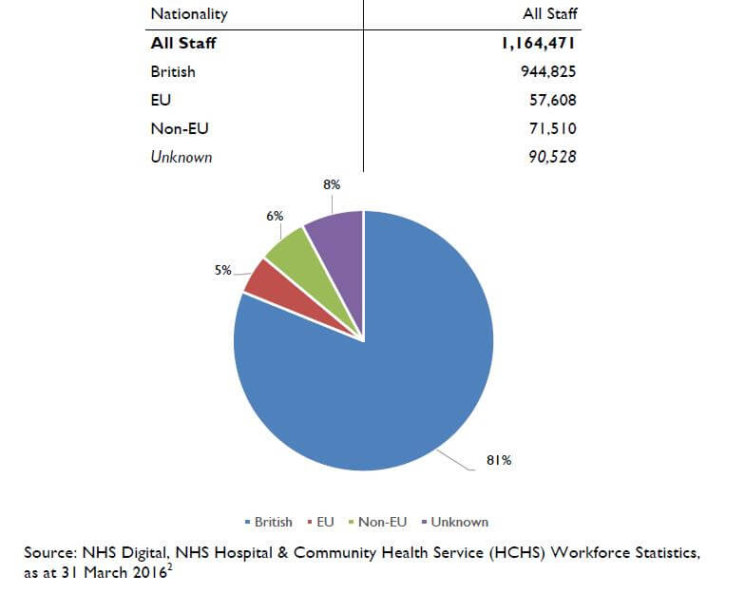 Besides healthcare in the UK, approximately 900,000 British citizens living in the EU are currently classed as ‘local residents’ under the S1 scheme. EU law states that healthcare entitlements automatically follow benefits or pensions – which means that Brits outside the UK are guaranteed access to local healthcare. The Spanish healthcare system covers the largest number of British citizens in the EU, looking after 308,805 citizens, over a third of whom are aged 65 years and over.

After Brexit, if these British citizens have to return to the UK for care, there would obviously be a significant impact on the NHS. At the same time, many British pensioners in countries such as Spain and France have low incomes, and so replacing their existing healthcare arrangements with private insurance might not be affordable.

Keeping the S1 arrangement in place would prevent the need to shift health care costs to the patients, and developing bilateral deals with EU countries might be possible in theory. However, bilateral negotiations would leave patients in an uncertain position, probably keeping them away from timely and appropriate treatment.

The emerging importance of chronic and degenerative diseases following the demographic change will also increase the use of pharmaceuticals in the UK. Although being one of the major producers of pharmaceuticals in the world, there are concerns UK may become ‘a second priority’ market after Brexit. Currently new medicines, devices and substances for the EU market need to pass an approval procedure overseen by the European Medicines Agency (EMA).

While the UK has its own regulatory body, the Medicines and Healthcare products Regulatory Agency (MHRA), they both work in close collaboration. The development of new drugs, including their clinical testing usually takes more than decade. Leaving the EU would possibly undermine the EMA relationship probably causing delayed or limited access to new medicines.

Effective treatments for disorders like dementia are urgently needed, losing consistency and adding more regulatory bureaucracy is not in the interest of patients. Maintaining the relationship with the EMA might prevent delays.

However, medical devices and substances of human origin are regulated by EU laws, and these regulations need to be replaced by UK law. The NHS should be one of the top priorities during the Brexit negotiations, ensuring its sustainability for the future challenges related to the demographic change in the UK.

By Markus Wubbeler, visiting professor of gerontology and geriatrics at the University of Applied Health Sciences, Bochum. He was previously at the Harvard Medical School, where he worked as a post-doctoral research fellow. His research focuses on health services research in the field of ageing and cognitive disorders.