Agriculture and the EU referendum: taking stock and peering forwards 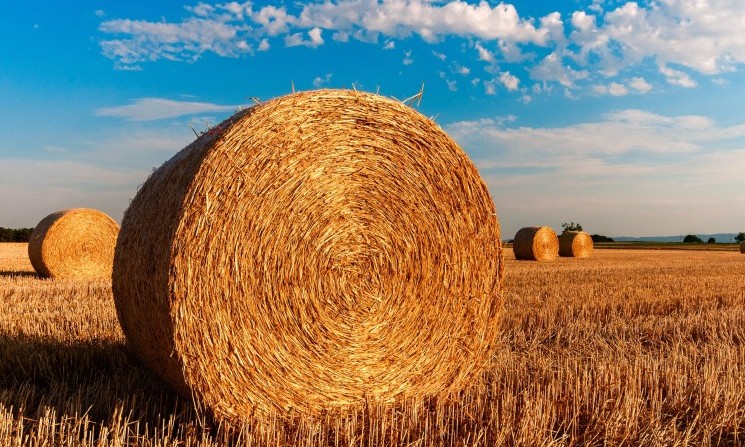 Agriculture was not part of David Cameron’s reform brief – but it has certainly become a key topic of debate since the negotiation of the UK deal. This is unsurprising, since most of the money the UK receives from the EU is spent on UK farmers and farming — more than £3bn in 2014.

Despite the high level of financial support, the agricultural sector as a whole remains divided. While George Eustice, a DEFRA minister campaigning for Vote Leave, argued that a government after Brexit would “find the money to spend £2bn a year on farming and the environment”, the National Farmers Union (NFU) recently came out in favour of Remain, contending British farmers would be “best served by UK staying in the EU”. Eustice’s boss, the Secretary of State in DEFRA, Liz Truss, is also backing Remain, leaving the department politically divided.

Meanwhile, agricultural policies – the way subsidies are shared, and their impacts on the environment – are proving divisive beyond the farming sector. Indeed, the EU’s Common Agricultural Policy (CAP) would feature high on any list of the most disliked – and possibly the most poorly understood – EU policies in the UK.

So, what are its key features and how has it affected the UK?

The environmental impacts of the CAP

European agriculture over the last 60 years has experienced intensification of production methods, concentration of economic activity into larger farms and a narrowing specialisation of production towards monoculture. These trends were common throughout the Western world, but by providing a strong level of support for farmers, a secure environment, and access to a large Single Market, the CAP has certainly embraced and facilitated them. Nevertheless, it is worth noting that intensification has been greatest in sectors such as pig and poultry farming which receive very limited support from the CAP.

These trends have proven negative for rural environments across Europe, particularly for farmland birds population (which have dramatically deteriorated since the early 1970s) and water quality (heavily impacted by fertiliser and pesticide run-off). But some CAP subsidies have also helped maintain agriculture in marginal lands (notably uplands) where farming practices have profoundly shaped landscape and biodiversity over centuries; both of which would be at risk were farming to decline or even stop.

The CAP has been reformed several times since the 1990s. The reforms have been motivated by three main concerns: the size of the EU’s budget (including what proportion of it should be spent on farming, as well as how it should be divided between countries and type of farming), international rules agreed in the World Trade Organisation (which reduced the use of certain type of distorting subsidies) and finally broader social and environmental concerns. Experts disagree as to whether EU budget or WTO concerns mattered more, butmost agree that environmental drivers, while important, have come a distant third.

However the UK’s commitment to greening the CAP has only gone so far. The UK’s main objective in CAP reforms has been to maintain its budget rebate, which would be greatly reduced if the UK decided to claim more rural development funds. Non-governmental actors in the UK have proven stronger advocates for reform.  Oxfam, for example, have raised concerns about the impact of then highly distorting EU subsidies on international agricultural markets, and environmental NGOs – such as Friends of the Earth, RSPB – have sought to put ‘public money for public goods’ at the heart of the 2013 CAP reform.

The implications of remaining or leaving the EU

Three issues are especially important.  First, the CAP is not a monolith: its rules can be implemented in very different ways – which is already the case, with differences between the CAP in England and Scotland for example.

Second, campaigners for CAP reform are continuing to target Brussels. A coalition of 109 environmental NGOs have called recently for a better regulation check of the CAP. Evaluating the CAP has now become a priority for the EU’s new better regulation body.

Third, irrespective of the UK’s future EU membership status, the World Trade Organisation will matter a lot for European agriculture. Neither a reformed CAP nor a British Agricultural Policy would be completely free of its influence.

In case of a vote to Remain, the CAP reform agreed in 2013 would last until 2020. In that respect, there is more certainty of what the CAP will be in the near future than what its post Brexit alternative could be.

A vote to Leave would raise a slew of questions – on trade, on migration (specifically migrant workers), on the level of subsidies and the stringency of environmental and animal welfare rules. The shape of a future British Agricultural Policy is likely to depend on four factors:

Viviane Gravey and Andy Jordan are at the Tyndall Centre, University of East Anglia. Both are lead authors of the ESRC funded report The EU Referendum and the UK Environment.