All a cluck about nothing? Brexit, beef and chlorinated chickens 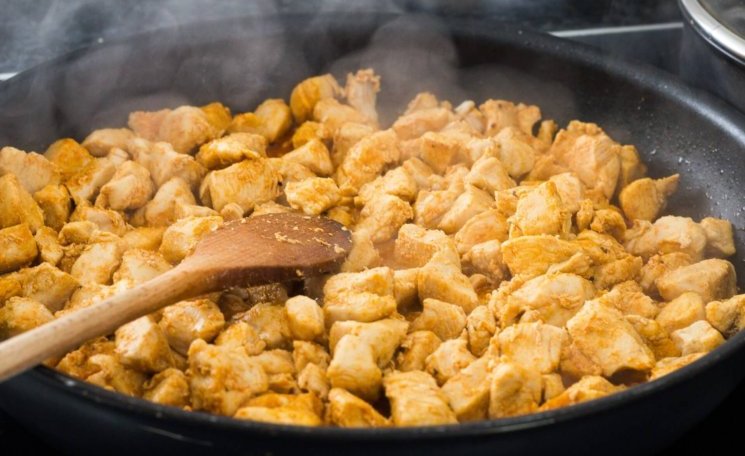 In a keynote speech designed to charm environmental non-governmental organisations (ENGOs), Michael Gove claimed that he would preside over a ‘Green Brexit’ that would not lead to weaker environmental or animal welfare standards in the UK, declaring that ‘I have no intention of weakening the environmental protections we have put in place while in the EU.’

This statement revealed some disagreement in the Cabinet as International Trade Secretary Liam Fox suggested that concerns over chlorinated chicken and hormone-laden beef making their way into the UK market from the US after Brexit were a ‘detail’ – to be dealt with at the end of trade negotiations. Cue cries of indignation from the ENGO, poultry and wider farming sector.  So what is all the fuss about, and is Michael Gove correct to claim that leaving the EU will not see the UK being ‘forced’ to accept US products that are subject to weaker standards?

The US does indeed have different treatment methods for a range of its agricultural products, including the increasingly notorious beef and chicken. In the case of beef the EU objected to the use of hormones to encourage growth in US cattle stocks and restricted US imports on health and safety grounds. The US and Canada complained to the World Trade Organisation (WTO) claiming that the EU was imposing unjustified restrictions on trade. The WTO found in favour of the US and so the EU reached an agreement that it could restrict imports of US and Canadian beef but the US imposed retaliatory tariffs, i.e. the EU paid for the right to restrict US imports.

The story on chickens is similar. The US uses a different approach for treating its chickens – it washes them in chlorinated water to kill bacteria. The EU does not and in this case the EU has refused to allow permission for import of chickens treated with chlorine (and other substances). Liam Fox has claimed (in line with the US position) that the EU’s own Food Safety Committees has deemed the use of these substances to be safe and therefore that the restricting their sale in the EU is unjustified.

However, the series of reports from EU safety committees have in fact offered a more nuanced position: they have found that on the basis of the available evidence the substances in question appear safe but that there is insufficient data to be able to reach a definitive conclusion.  EU governments have therefore refused to allow the import of US chickens, in a move consistent with the EU’s wider food legislation that places the precautionary principle at the heart of its approach to food regulation. In this case there has also been legal action but settlement is still pending.

At the heart of these disputes is one that will be familiar to those (like yours truly) who studied EU’s policy on genetically modified organisms (GMOs) and the EU-US trade dispute (yes, another one) that emerged over labelling and releasing of GMOs onto the EU market. Central to all these cases is the different understandings of risk and approaches to its management in the EU compared to the US and other countries.

The EU’s approach is underpinned by the precautionary principle, which is enshrined in the Treaties in Article 191(2) of the Treaty on the Functioning of the European Union and supported by a detailed communication explaining its meaning and implementation. The precautionary principle is a nuanced and complex instrument that, at its simplest, allows for the restriction of release onto the market of substances that may be deemed likely to cause harm. The US approach to regulation of risk is typically to wait until a product has been proved to cause harm, and only then to regulate to prevent such harm, by for example withdrawing a product from the market

Thus, a key US objection to EU restrictions to its beef and chicken is that the EU is using the precautionary principle as a spurious reason to block competing products from EU markets. The US would further argue that as its products are sold and consumed in its own markets, they and the SPS measures the US uses are broadly equivalent to those in the EU, and so US products should be allowed into the EU market.

These arguments (or versions of them, as each case has it own complexities and nuances) have been deployed successfully twice, and if and when the chlorinated chicken case is heard and resolved it seems likely, on the basis of the existing track record, that US arguments will prevail again.

So what does this mean for the UK post-Brexit? Is Michael Gove’s claim that he won’t have to weaken standards right? Well, as with so much on Brexit, it depends. Most obviously, it depends upon what kind of deal the UK is able to strike with the EU and the US. It seems unlikely that the UK acting alone will be able to justify restricting imports of US beef and chicken if the WTO SPS panel judges the US treatment approaches to be broadly equivalent to those in the UK and deems restrictions on health and environmental grounds to be disproportionate, and therefore a barrier to trade.

Given that Liam Fox sees these issues as a mere ‘detail’ it seems unlikely that he will putting beef and chicken at the top of his trade agenda. However, he should – because these disputes are not really about the products themselves, they are in fact about an underlying regulatory philosophy about how we should produce food and how we regulate its release onto the market.

The EU puts regulating unknown and unproven risk and human health at the heart of its approach. It is one arguably that Britain should be keen to continue to emulate: our recent history of BSE and CJD shows clearly how putting profit ahead of welfare and human health can have catastrophic consequences across the board.

Finally, it is worth noting that this case illustrates that rather than reducing red tape Brexit may lead to a proliferation of competing standards in the UK. Those wishing to export to the EU will still have to comply with EU standards and those to the US a lower or different set of standards. Meanwhile domestic farmers may face severe price competition from US imports. Brexit is, as a friend in Brussels observed, the gift that keeps on giving. It’s just that in this case the gift may end being hormone laden beef and chlorinated chicken – Yum!

By Dr Charlotte Burns, research leader at The UK in a Changing Europe.