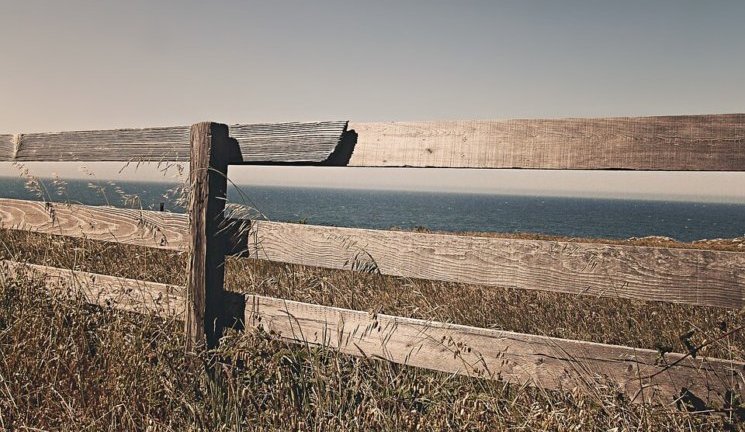 The premise of the European Research Group’s (ERG) report on the Irish border is that the complexity of the matter has been exaggerated and thus wrongly allowed to ‘frame’ the negotiations. It is all too easy, of course, to offer a simple solution if one refuses to acknowledge the fundamental issues and facts that make the situation so complicated.

As such, the most substantial problems with the report lie not so much in its ideas but in what it simply fails to address. These omissions lie both in terms of the realities of post-Brexit trade and in relation to the specific circumstances of Northern Ireland which make the border such a knotty problem to begin with.

The blind spots in the ERG report

Given that 80% of cross-border trade on the island of Ireland is conducted by small and micro businesses, the report’s failure to address the position of small businesses is a serious oversight. The report makes two different suggestions without considering the implications or the risks entailed.

First, it says that, if below current VAT thresholds in the UK and Ireland, these small businesses ‘should enjoy exemptions’ – which is simply a blank cheque for smuggling. Why would these companies take on the costs of compliance and why wouldn’t those wishing to exploit a loophole in an international customs border simply do so through a small business on the Irish border?

Secondly, it says that alternatively, small traders can voluntarily register for VAT as a means of making electronic declarations of their shipments. The question ‘why would a company do this?’ hardly needs asking.

Requiring customs declarations of all goods being transported across the border will be prohibitively costly for many of the small businesses trading across the border. As such, it would have the effect of putting a serious barrier to trade between Northern Ireland and its most important export market.

Another failure is its refusal to acknowledge the implications of regulatory divergence. It claims that on the day of Brexit, UK goods will ‘initially retain all the EU product rules and regulations in UK law so its goods will in fact be compliant’. It does not, however, attempt to say what will happen on day two.

There are the knotty issues relating to regulatory divergence that are simply ignored in this report. For instance: How is the challenge of managing non-compliance met? How can the UK diverge and establish its own regulatory regime and at the same time expect the EU to be happy that UK goods comply with its standards?

How will the EU not only get confirmation that UK goods conform to required standards, but also ensure that this is the case? In the case of there being a dispute about compliance, how is this resolved?

More seriously, it fails to acknowledge the fact that the greater the significance of the customs barrier, the greater the incentive for smuggling. The risks of smuggling are enormously increased by raising divergence between one side of a border and another.

These measures put greater administrative burdens on legitimate, compliant traders and expose them to greater state observation. At the same time as incentivising illegitimate trade, this report has nothing to say about how that would be tackled, other than noting that it is already problem.

On technology, the report fails to acknowledge the costs and complexity of surveillance required. All IT systems are costly to develop. They take time to test and roll out, and users have to be trained.

It is not true to assume that a system for customs declaration can simply be an add-on to a VAT declaration form. If the inspections are ‘intelligence-led’, the expectation is that the UK and EU will have excellent and up-to-date data on the goods being produced and traded across the border. How is this data gathered? What about non-submissions, or false submissions?

Related to this, it fails to acknowledge that law enforcement agencies will not be able to tackle smuggling as they currently do. This is due to the much greater challenge of doing so over a customs border at an EU external border, compared to its current status.

There is also the fact that they will be hindered in some regard (e.g. in sharing sensitive information) when the UK is outside the EU (unless/until agreed in a future Treaty). It assumes that ‘data-sharing and cooperation between authorities can raise suspected non-compliance or infringement speedily’, without acknowledging that the UK may well be outside these systems of data-sharing.

Ignoring the specific context of the Irish border

For a report that claims to be about the border, it makes remarkably little concession to the particular circumstances of the border itself. First, it appears very relaxed about the potential impact of smuggling in Northern Ireland.

It fails to acknowledge the enormously negative effects of smuggling on wider society. Smuggling undermines legitimate traders and incentivises illegitimate trade. It resources criminal activity and it is is closely linked to paramilitarism on the island of Ireland. More broadly, smuggling means a loss of public revenue and increases risks to local consumers and citizens.

The ERG also fails to acknowledge the sensitivities of the Irish border as an historically and politically important symbol, and as a totem for the stability of the Good Friday Agreement.

The current ‘openness’ of the border and ease of trade as seen primarily as a sign of progress and of the success of the peace process. If there was to be a perceived ‘backwards step’ by putting barriers to trade, this would be seen not only as indicating that the peace process is in trouble but more particularly that the close connections between Northern Ireland and the Republic of Ireland are under threat.

It fails to acknowledge the potential security issues. At the moment, physical inspections of some premises suspected of being involved in smuggling or fuel laundering is intelligence-led and conducted under highly secure conditions.

It is not conducted by UK Border Force officers alone, but with those of the Police Service of Northern Ireland, sometimes necessarily prepared for violent resistance.

The legacy of military presence in Northern Ireland and the securitisation of the border has left deep scars. The very idea of border controls conjures up traumatic memories for many in the border region in particular, as shown in the Bordering on Brexit report from the Irish Central Border region (November 2017)

Indeed, the report fails to acknowledge the value of the border as it is currently experienced. The ‘normalisation’ of cross-border cooperation has been a core pillar of the peace process and played a vital part in the economic development of Northern Ireland, especially in the border region.

The real challenge for the Irish border after Brexit is not avoiding visible infrastructure but in preserving the conditions which have enabled people from all communities to feel relatively hopeful of a better future for the troubled region of Northern Ireland. Such hope is rapidly fading.

All else aside, the primary weakness of the ERG report lies in an irredeemable irony. It is keen to point to the fact that the Irish border currently takes several forms (e.g. VAT, excise, security) and yet is managed today with  ‘no discernible disruption’.

But of course such ‘frictionless’ experience at the border has been achieved primarily as a result of two things: the 1998 Agreement (underpinned by close British-Irish relations) and common membership of the European Union.

A customs union between an independent Scotland and a “New UK”

Independence vs Union: the debate continues