All we need is…clarity! Some notes from Brussels 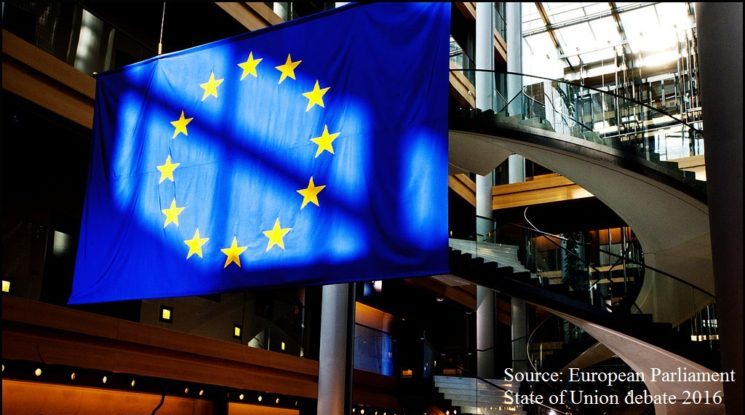 Outside of London, Brussels is the European capital where Brexit receives possibly the highest attention, for a number of obvious reasons. Most significantly, the UK withdrawal is actually the first divorce of/from the European Union (EU); and Brussels, as the heart of the European project, has been certainly hit where it hurts. However, unlike London where Brexit is understandably still a sort of obsession and is everywhere in the blogosphere, Brexit as a topic of conversation has been increasingly normalised.

People in Brussels have realised that the UK will eventually leave. They understand that, despite the resentment that Brexit may have provoked in many Europeans, especially just after the 2016 referendum, some good relations will (have to) be maintained/forged and that there is nothing wrong with that. After all, they know that there are many other issues that the EU as a whole needs to carefully focus on in the coming months.

I spent the last week in the Belgian capital, gathering information on Brexit and getting a sense of what the mood in Europe is – now that the UK/EU negotiations are finally under way. I spoke with European Parliament administrators, members of EU business organizations and national officials in the EU Council – all with a direct knowledge of the Brexit negotiations.

A number of common features have recurred in my conversations. The EU side is certainly confident at the moment. They have a strong team, which, at least with regard to most of the issues discussed in the first phase of the negotiations (e.g., citizens’ rights, financial bill, other separation issues), knows exactly what it wants. They are aware of the EU’s size and ultimately think that the UK is aware of it too.

They might even believe that they are negotiating from a higher moral ground – be it because they consider Brexit a form of backward populism, be it because they have more generous positions on issues such as UK/EU citizens’ rights. The fact that the UK ended up accepting the two-phase plan of the negotiations and admitted that it has some financial obligations might have reinforced the EU’s confidence.

At the same time, I had a clear sense that EU diplomats know that no deal is a real possibility and negotiations can break down at any moment. Some delegations (Italians, for instance) have also suggested the strengthening of contingency plans in case of a cliff edge in March 2019.

Remarkably, the EU’s unity seems real and not just a sort of EU-façade put on for the benefit of internal and external audiences. The 27 member states, the European Commission and the European Parliament appear to be a rather united front so far. This cohesion can be explained by a number of factors, such as the need to avoid the UK’s attempts to divide and rule; the greater bargaining strength of one, united bloc; and the recognition that the European project is more important than pursuing minor differences.

There can be, however, a different reading of the current EU unity. This harmony – which is rather unusual within the EU, given the substantial divergences on so many issues (migration?) – might at least in part depend on the fact that the EU has so far put forward a ‘maximalist’ position. All concerns of all actors have been taken on board. Even the European Parliament, usually eager to voice its concerns aloud, has been satisfied with the current rounds of negotiations. This is not only due to the high transparency with which the EU is negotiating; or to the fact that Michel Barnier and his team have kept the Parliament in the loop in a cooperative way.

The distance between the Parliament’s requests and the EU negotiating demands has so far been small. The question then is to see what happens to European unity when more substantive issues (the financial settlement, the decision to move to the second phase of the negotiations or, even more clearly, the trade deal) are discussed and when the EU-27 will have to decide between different types of trade-offs.

Yet, the main message that I grasped in Brussels might be still another. “What does the UK really want in the Brexit negotiations?” is a common and increasingly frustrating concern among EU representatives. EU officials are, at the moment, as unclear as external observers on the UK’s ultimate objectives. Despite being the primary interest of UK negotiators, this lack of clarity (or information) is particularly acute in relation to the kind of association that the UK wants to obtain after March 2019. Soft or hard Brexit? Canada-deal plus or minor? A free trade agreement? No deal? A transition period?

The three cornerstones of the UK’s notification letter (29 March 2017) – no Single Market, no Customs Union, but a deep and special partnership (or frictionless trade, as put by Theresa May in her January speech) – are mainly perceived as a vague formula or, more cynically, as another version of the UK’s willingness to cherry-pick. True: some EU member states would like to see de facto no changes in the UK-EU economic ties. But these hopes have overall faded away at least for the time being. That Brexit is not about achieving a win-win situation but, more realistically, about minimising the damage for both parties is now a well-accepted notion in Brussels.

Overall, I had the impression that the UK’s internal divisions (e.g., Philip Hammond vs the hard Brexiteers) do not necessarily warm the hearts of EU officials. I don’t think that they consider these internal divergences a great bargaining advantage for the EU. Perhaps surprisingly, they are not even immediately worried about the ability of Theresa May’s government to strike a deal that can then obtain the support of the British Parliament. Their attitude here is very ‘diplomatic’ (in the professional meaning of the term): they deal with what they have in front of them (i.e., the official UK positions).

Overall, my summer 2017 takeaway from Brussels is that the main message coming from EU institutions is rather simple: obtaining greater clarity about the UK’s goals and priorities. Put differently: one year after Theresa May’s assertion that “Brexit means Brexit”, what the EU side has not fully understood yet is precisely the British meaning of Brexit.

By Nicola Chelotti, research investigator in The UK in a Changing Europe’s 28+ perspectives on Brexit: a guide to the negotiations and lecturer in Diplomacy and International Governance, Loughborough University.