An inevitable failure of statecraft? the culture clash of Brexit 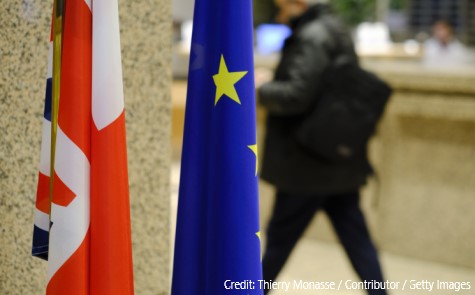 Four and a half years on from the referendum, the transition will end without a comprehensive agreement.

A skeletal agreement on merchandise trade might yet emerge, but many close observers now believe no deal is more likely.

Whatever the outcome, this is the failure of statecraft that many feared. How has it come to this? Could it have been different?

Through repeated references to sovereignty, Johnson has emerged as the arch proponent of the hard Brexit we now face.

Business is appalled at the prospect. Quitting the Single Market and inflicting tariffs and administrative costs on businesses struggling with the coronavirus impact looks reckless.

Many sectors may now wonder if Johnson’s infamous expletive about business indicated his true sentiments, not just a careless slip.

Following the referendum, a different path could have been taken.

The Conservative Party might have reached out to MPs of all parties, accepting the result, but arguing to stay in the Single Market.

The current burn-all-boats approach was not part of Leave rhetoric, though ‘regaining sovereignty’ was widely touted as a core benefit. Michael Gove insisted the UK would remain in the Single Market.

The Norway option was a potential outcome.

It would have delivered on exiting the Common Agricultural and Fisheries policies, and the Customs Union.

New bilateral trade agreements with other states would have been a potential gain, at least in theory.

But the Conservative Party chose not to consider this interpretation of the result, perhaps because ‘control of our borders’ was such a key plank of the Leave appeal.

Theresa May, a quiet Remainer, instead of defending the benefits of free movement, ran scared of the hard-core Brexiteers who formed the European Research Group (ERG).

They were less interested in research than in strong-arming the new Tory leadership towards ‘red lines’.

In January 2017, May duly obliged, asserting that the UK was leaving the Single Market and the Customs Union, taking back control of its borders, and refusing any jurisdiction from the ECJ. The die was cast.

May weakened her position by opting for an early election which deprived the Conservatives of a majority in the Commons.

Dependent on Democratic Unionist support, she failed four times to get her Withdrawal Agreement through Parliament and was subsequently brought down.

In a blaze of bluster and patriotic fervour, the ERG got their man, Boris Johnson, poster-boy of the Leave campaign, elected as Conservative leader and Prime Minister.

With his customary bravado, he won backing for a new Withdrawal Agreement – little different from his predecessor’s.

He used every possible manoeuvre, including the illegal proroguing of Parliament, to limit parliamentary scrutiny.

He got an early election, largely thanks to the hubris of the Liberal Democrat leadership, and was rewarded with an 80-seat majority.

Throughout 2019, Johnson’s crucial asset was the confidence of other Leave-backing MPs, and after the election many more had him to thank for their seats.

Unfortunately for Britain, the entire negotiation since the referendum has been asymmetric. The EU has always controlled the timetable and the process.

No trade deal could be agreed until after the UK had left, although the EU twice agreed to extend the Article 50 period.

Once the UK left on 31 January 2020, a mere 11 months of ‘no change’ transition was available to set out the future relationship.

The crux of the negotiation has been trying to find landing-ground between two irreconcilable demands: the UK’s insistence on sovereign control of every policy area, including borders, state aid, fishing, and governance, and the EU27 commitment to the integrity of the Single Market.

The UK side cannot deliver on pre-Brexit promises of frictionless trade, or the comprehensive trade deal that the Government defined as its objective in January 2020.

This is because any contemporary trade agreements require compromise and concessions, such as compliance with the laws of another jurisdiction, and this affects sovereignty.

The EU is the guardian of its Single Market. The ECJ is an integral element in the defence of the freedoms of movement for goods, services, people, and capital.

Inevitably therefore, access to the Single Market conflicts with the UK vision of sovereignty; as Paul Verovšek has eloquently argued, ‘Brexit actually reduces Britain’s effective control in a misguided attempt to increase it’.

The UK has an absolutist interpretation of sovereignty that runs counter to EU perspectives. It fails to recognise that globalisation has impacted on how states exercise sovereignty. This is especially true for EU member states.

The integration process involves sharing sovereignty with others through mutual obligations, norms, laws, and agreements. This constitutes a political culture divide between the UK and the rest of Europe.

The Brexiteer argument is for a sovereigntist form of governance that seems anachronistic in an era of common threats and shared responsibilities.

Trade deals, international norms, the governance of transportation, the health and security of citizens, and the protection of the environment are not issues controlled exclusively by nation states acting alone.

The view throughout Europe is that contemporary challenges require multilateral solutions often mediated through transnational organisations, of which the EU is a primary example.

The UK’s majoritarian electoral system, the ‘opposing sides’ layout of Parliament, and its adversarial legal system reflect a winner-takes-all political culture, all too readily exposed and exploited in an ill-advised referendum in which 1.4m votes constituted the gap between Leave and Remain, in an electorate of 46m.

The British political psyche abhors consensus, and coalition is considered a sign of weakness.

Perhaps the UK finds it difficult to be part of any organisation in which it is not top dog. A caveat is required: the power, and the impetus for Leave, has been primarily English, and England is top dog in an increasingly frayed and fractious United Kingdom.

The political culture in all other European states is different. Proportional representation, federal and quasi-federal systems in many member states, notably Germany, mean consensus-seeking and coalition government is common.

Deal-making is the norm, and nowhere is this more apparent than in the EU itself.

The mindset in Brexitland is ‘we won, therefore give us what is our right’. Throughout the Brexit process, the UK has demanded parity and equality with a far larger adversary that has every right to defend what it has spent seven decades creating.

Unsurprisingly, across Europe no one can understand why the UK expects the EU to solve a problem the UK created.

Brexit therefore is a cultural clash, not only in Britain, but between the UK and Europe. The political differences outlined here have also been reflected in opposing negotiation styles.

We should not be surprised that the transition period is ending without a positive and substantial agreement.

After 47 years of membership, in three weeks, the UK becomes a fully-fledged third country. It will spend many years in continual argument and arbitration, seeking ways to deal with its neighbour of 27 states, plus the four EFTA members. Britain can hardly ignore an economy five times larger than the UK’s.

Determining that relationship will not get any easier. Taking back control was never going to be as simple as the Leave campaign promised it would be.