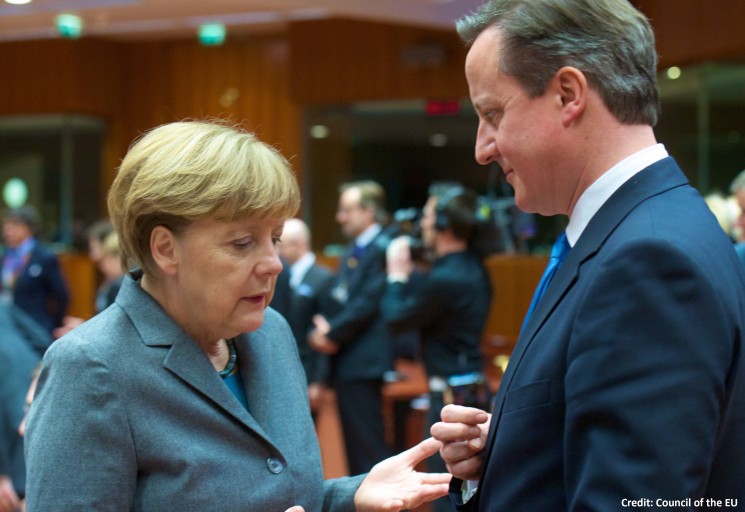 David Cameron’s EU reform negotiations are in the home straight. Following an intense round of face to face meetings with his fellow leaders, Cameron is bracing himself for a busy European summit today and tomorrow. A deal will allow him to prepare the campaign to convince a majority of voters that the UK should remain in the European Union.

The European Council is the most understandable part of the EU’s arcane institutional machinery. The television images of heads arriving in Brussels might not make exciting viewing but the message is clear – our elected leaders are gathering to find collective solutions to shared problems. These summits are the closest the EU comes to having something resembling ‘a government’ and have shaped the EU into what it is today.

The output of European Councils takes the form of written conclusions or, sometimes, a more weighty legal form. The UK settlement falls into the latter category, as a decision of EU heads of state or government. This is a legally-binding act above the EU framework, similar to the agreements in 1992 and 2009 that allowed the Danish and Irish people to vote in favour of new EU treaties.

EU leaders have long been keen to retain ownership of their output.  This dates back to a European Council in London in 1981 when national diplomats worked through the night after the first day to come up with a draft. The following morning, in a rare show of unity, German Chancellor Helmut Schmidt, French President François Mitterrand and UK Prime Minister Margaret Thatcher refused to discuss a document which bore no resemblance to their debates of the previous day. In the 1990s German Chancellor Helmut Kohl would frequently and loudly complain that some particularly convoluted wording was “impossible to explain to any reasonable person!”

David Cameron is a full member of this very exclusive club. Leaders always meet on their own, with no national officials in attendance. This gives European Councils a very different look and feel from legislative ministerial Council meetings, where more than a hundred officials sit alongside their ministers. The atmosphere in a European Council allows straight talking and the cut and thrust of lively political debate.

Ambassadors may be called briefly to the room for advice if needed. Some have been known to linger in the dark recesses until politely asked to leave by the secretariat. On one famous occasion at Maastricht in 1991, the then UK permanent representative, John (now Lord) Kerr crept under the table to crouch next to John Major to advise him on the wording of the final text; no-one asked him to leave − nothing was spared to ensure that Major could return with a defendable outcome.

David Cameron used a working dinner at the European Council last December to explain face-to-face to his fellow leaders exactly what he wanted and why. All came away fully aware of the political stakes – not only for Cameron and the UK but for them and for the EU as a whole.

This week’s summit will follow a well-established choreography. As the European Council is less hidebound by formal procedures than other fora, the choreography is flexible. When big questions are at stake, negotiations can drag on into the wee small hours depending on whether a deal is within grasp. Discussions will be interrupted for side talks – anything from small huddles in the corner of the room to sort out a drafting detail, to longer interruptions when more fundamental points need to be thrashed out with key interested parties in side rooms.

It is in this familiar setting that David Cameron and his fellow leaders will hammer out face-to-face the hard-core issues on Thursday evening. While the media like to portray European Councils in the blood-on-the-carpet rhetoric of “battles”, “winners” and “losers”, reality is much less dramatic.

Meetings are rarely dominated by rivalries, hostility and clashing visions. As successful politicians, EU leaders readily understand each other’s political challenges and naturally look to help one another where it is politically feasible to do so. They will argue and cajole, while conducting cool-headed assessments of the long-term interests for the UK and the Union of the UK remaining in the EU. It is at times like these that friends are needed and favours are called in.

This piece by David Galloway, who works in the Council secretariat and has published articles and books on the EU, was co-published with The Independent.  The views in this piece are personal and not an official position of the Council or European Council.