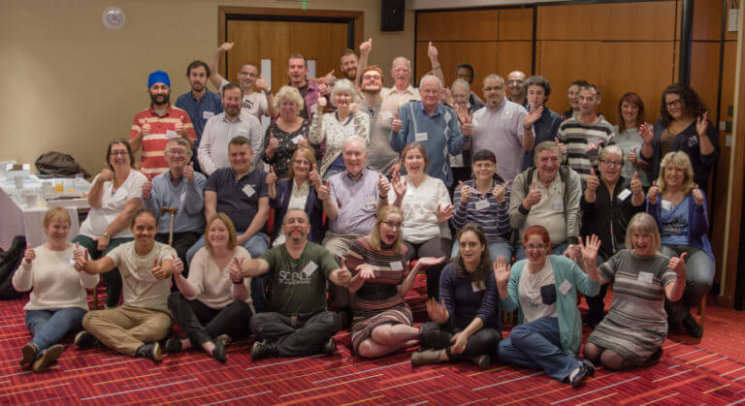 At my previous blog I wrote quite a long essay about House of Lords reform. In it, I criticised proposals to have the Upper House entirely elected and instead delved into the possibility of transforming it into a citizen’s chamber, filled by randomly-selected members of the public. It would be built on a political process known formally as sortition and would, given application, bring an end to the slow and painful death of the peerage. I have, alas, misplaced the original essay, and would not say that I have every contingency covered for. Any criticism of the idea is welcome in the comments below. Both my Masters and this blog serve as a steep learning curve for me and aid intellectual growth. It would be naive to suggest that all of my opinions are at this stage fully formed.

This post is not actually about the House of Lords. Rather, I was reminded of sortition earlier this afternoon when I came across this, very interesting articlepublished by the Electoral Reform Society. It talks about a recent social experiment on Brexit involving members of the public. The format was as follows:

“Members of the Citizens’ Assembly on Brexit – randomly selected to capture the diversity of the UK population – met in Manchester to consider options for the UK’s post-Brexit relationship with Europe.The project, which we at the ERS were partners in, follows a recognition that the public have been largely left out of debates on Brexit, with parties split over what voters want.

What stood out this weekend was this: when given the opportunity to engage in in-depth discussions on everything from the Single Market to migration policy, citizens jump at the chance.

The 50-strong Assembly has been endorsed by a range of high-profile figures from across the Brexit divide, including Conservatives Bernard Jenkin and Nicky Morgan, Labour’s Chuka Umunna, and Leave backer Harsimrat Kaur. That means it has real buy-in from all parts of the Brexit spectrum.

Crucially, the Assembly’s members were selected to reflect last year’s Brexit vote, alongside social class, region, age, gender and ethnicity. Of the 50 members, 25 voted Leave in the 2016 referendum, 22 voted Remain and 3 did not vote.”

It sounds quite typical of these sort of experiments. There is a book by David Van Reybrouck, which I highly recommend to readers, called Against Elections: the case for democracy, in which a compendium of similar research experiments is produced and talked about at great length. One such example is referenced in the aforementioned article: the convention in Ireland which led to a referendum on same-sex marriage. They are intriguing because they often help to dispel the myth that the general population are largely stupid and politically inept. They tend to show that when ordinary people come together to engage in productive and thoughtful discussion, solutions to problems do not follow particularly far behind.

Four votes were put to the control group, on immigration policy, trade with the EU, global trade policy and the overall Brexit deal. The responses given were fairly interesting, though not necessarily things which I agree with. Darren Hughes’ article notes:

On trade outside the EU members preferred a bespoke customs deal, allowing the UK to strike its own international trade deals but maintain frictionless borders. If that can’t be achieved they would opt to remain in the Customs Union rather than do no deal.

On immigration, Assembly Members were offered five options, of which retaining free movement, but with the government making full use of existing controls, won a clear majority of the vote.

On the overall deal with the EU, Assembly Members preferred a comprehensive trade deal combined with favourable access for EU citizens. If such a deal proves unattainable, they again wanted the UK to stay in the Single Market rather than do no deal.”

What strikes me most is the level of balance provided by the people involved. For instance, it would have been easy for the group to suggest that it would be best to opt for a comprehensive FTA whilst at the same time ensuring that free movement was brought to an end and government given maximum control over immigration. This isn’t to say that respondents were flaunting their ability to provide nuance and accounting for every plausible detail when deciding upon issues, but these sorts of findings are at least encouraging.

The interesting point about bringing citizens together in debate format before asking them to make decisions on issues is that individuals tend to have quite an acute sense of the enormity of a political question and are likely to work towards a compromise, even if doing so necessitates substituting out their own personal opinions. In this respect it is an intrinsically mature process, with an inevitable spectrum of views providing a natural mechanism for checks and balances. I argue here that deliberative polling models produce more authentic and reliable results because they measure not reflex thought, but thought which has been predicated on debate and more rigorously scrutinised external input. There may be lessons for polling companies present here.

Experiments like this also set quite an interesting precedent for alterations to the voting system and for the effectiveness of coalitions in government. They show that people of differing viewpoints can coexist and work towards constructive solutions to complex problems. Of course, I am not suggesting that deliberative processes like citizen assemblies do not have their problems. It is possible to argue that they create voids of expertise and direction. Results will also to a large extent depend upon the kinds of people drafted in to take part. But, there are undoubtedly positive signs for their use in British (and international) politics.

And they aren’t new either. In 1996, the American political scientist James Fishkin set up the National Issues Convention, which comprised of 600 randomly selected American citizens spread evenly across the states. Respondents were fully (and privately) compensated and brought together for a weekend. The idea was to have them discuss America’s greatest social challenges and propose useful solutions. Upon consideration of results, Fishkin noted that ‘the sense of common purpose’ created an hospitable environment for fruitful and meaningful debate. The control group also came out of the experiment better able to adjust and accommodate their political persuasions in the face of intellectual complexity.

My view is that the Electoral Reform Society’s sortition-based, deliberative (exercise of democracy by which people actively partake in decision making and discussion, as opposed to simply voting) social experiment demonstrated these characteristics. Those who took part deserve credit for reforming their views in the face of an issue the magnitude of Brexit. I know better than most, given how my leanings have changed, how difficult it can be to understand the many facets of our EU withdrawal. Let us hope that these groups one day play a more official and fixed role in political participation.

By Oliver Norgrove, a former Vote Leave staffer. This article originally appeared on his blog here.