Anonymous Number Ten briefings do the public a disservice. Journalists should stop reporting them 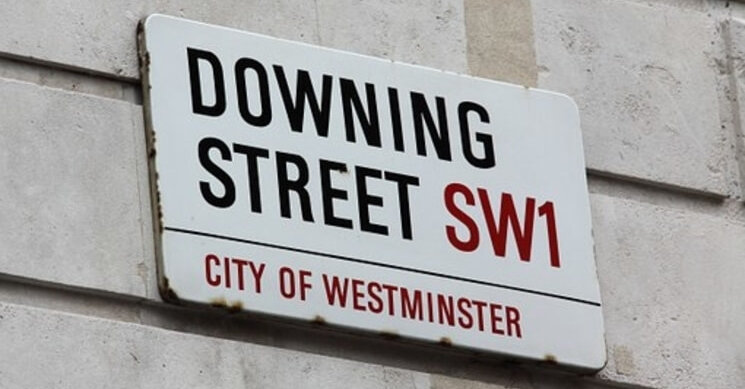 On Friday, the prime minister was forced in a formal submission to a Scottish court to admit that he would comply with the Benn Act and request an extension to UK membership of the EU if there is no deal (or no parliamentary agreement to no-deal) by 19 October.

The Mail on Sunday suggested this only came after a mega bust-up with his law officers including the attorney general Geoffrey Cox – who presumably told him that they could not condone law breaking.

So far, so good. All very transparent and above board.

But it was accompanied at the same time by a breathless tweet thread by the BBC’s political editor, Laura Kuenssberg reporting “senior No.10 sources” clarifying that message.

Yes, the government would comply with the “narrow” provisions of the Benn Act – but the source went on to suggest that shadowy MPs were behind the act and that the government had ways of undermining it.

And thus number 10 perpetuated the prime ministerial paradox: that Boris Johnson will comply with the Benn Act and yet still leave the EU “do or die”, deal or no deal, on 31 October.

But who are those mysterious Downing Street sources? The truth is we don’t know.

We all suspect it is senior adviser Dominic Cummings, but it could be someone further down the number 10 foodchain who has decided to freelance.

However, they haven’t been frogmarched, phoneless, out of the building yet so it’s probably fair to assume that they spoke at least with tacit consent of the PM and Cummings.

This is not the first time this administration has briefed out a line to complement its public message.

Indeed, the Friday evening Cummings meeting with special advisers is clocked in as a key event in the political week, and as worthy – in reality more worthy – of reporting as the official number 10 press briefings.

That may be how number 10 wants to operate: to allow the PM to look statesmanlike while the dodgier tactics emerge from an unnamed source.

But this way of operating does the public a big disservice – it allows Downing Street to get its message out, without having to take responsibility for it.

These are not official words. The prime minister does not have to account for them. And there is no way to interrogate the source.

Johnson’s is of course not the first administration to pursue this strategy.

Margaret Thatcher’s press secretary Bernard Ingham notoriously undermined some Cabinet ministers by letting her views on them be known.

Alastair Campbell and Peter Mandelson professionalised the government media operation inside government and ensured the government got an uncritical press for many of its announcements by briefing them out selectively beforehand to tamed journalists who wanted to stay in his good books.

There was a brief attempt by some to boycott the so-called lobby system (the transmission mechanism between number 10 and the political press) and the morning lobby briefing is now on the record.

Under Theresa May, Downing Street had a bunker mentality – but her cabinet leaked like a colander.

The Johnson administration has made parallel briefing a cornerstone of its strategy.

The journalists who report those words are being co-opted into their strategy.

Some in the Johnson-supporting press will be their willing accomplices, but that is not how our broadcasters should operate.

They should, of course, be willing to listen to and report what Downing Street says. It’s interesting and newsworthy.

But they should make a condition.

They should tell number 10 that they will carry these messages – but only on the record.

It would be interesting to see whether the flow of briefings would stop if the PM had his name firmly attached.

Naming advisers would also show which are breaching the restrictions in the special adviser code of conduct:

“Special advisers must not take public part in political controversy, through any form of statement whether in speeches or letters to the press, or in books, social media, articles or leaflets. They must observe discretion and express comment with moderation, avoiding personal attacks.”

News broadcasters hold great sway. They should use it to make the government play fair with the public.

By Jill Rutter, senior research fellow at the UK in a Changing Europe. This piece was originally published by Huffington Post.