Another nail in the coffin of a soft Brexit? 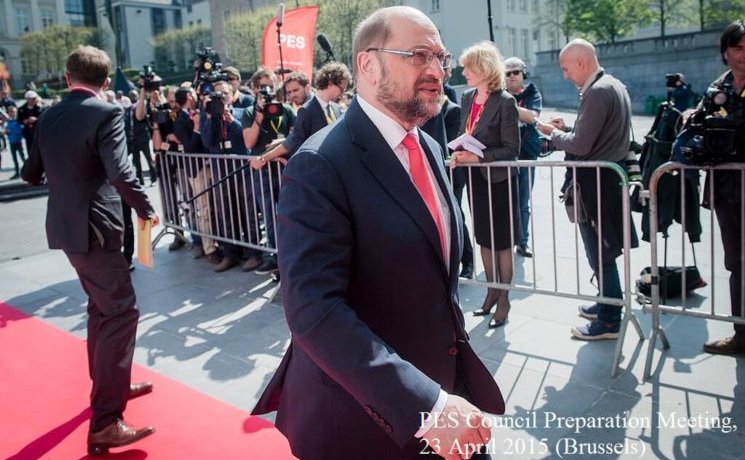 On the face of it, Martin Schulz’s announcement that he is leaving his post as president of the European Parliament would appear to be good news for British policymakers hoping for a soft Brexit. This is because Schulz has been an outspoken opponent of making concessions to the British government to soften the impact of the UK’s departure.

Post-Brexit the British government would like to have the economic benefits of participation in the single Europe market while getting rid of such single market obligations as free movement of EU citizens and EU economic regulations. Doing so would give Britain what many MPs would regard as the best of both worlds. However, this soft Brexit could only be achieved if the European Union were prepared to depart from its principle that the free movement of labour and obedience to EU regulations are necessary conditions of participating in the single market.

In common with President of the European Commission Jean Claude Junker, Schulz views this as Britain wanting to have its cake and eat it too. They fear that any concession to the UK would start an avalanche of demands for exemption from EU rules by other member states. They also fear it would strengthen the hand of anti-EU parties challenging national governments to reduce their commitment to the EU and encourage them to follow the UK in opting for a soft exit.

The bad news for Britain is that Schulz is not leaving European politics but throwing his hat in the ring to be a leading member of the German government after its election next autumn. Even if Angela Merkel succeeds in maintaining her Christian Democratic Union (CDU) as the largest group in the German Bundestag, she will need to form a coalition in order to retain office as Chancellor.

The Socialist Party of Germany (SPD), of which Schulz is a member, is currently the CDU’s coalition partner. Both parties are almost certain to lose seats in the Bundestag to the anti-immigration Alternative for Deutschland, but remain large enough to form another coalition government. In that case Schulz will be in line to receive the post of German Foreign Minister, which is normally reserved for the second partner in a coalition. The post will be vacant as the current SPD incumbent, Frank Walter Steinmeier, is set to become Germany’s next president.

If Schulz becomes Germany’s new Foreign Minister, his voice will be heard in Brussels in meetings where Boris Johnson will speak for Britain. He will also be a major voice in the German Bundestag and in discussions with Angela Merkel about how the European Council should respond to requests from Theresa May for concessions. The most likely alternative to a CDU-SPD coalition is a coalition between the SPD and the parties of the left.  Its current leader, Sigmar Gabriel, is just as outspoken as Schulz in opposing the British government’s desire to have an à la carte choice of EU benefits and obligations.

Theresa May faces a hard choice to avoid being boxed in by opposition that Schulz might mobilize in Berlin and Brussels. In terms of British domestic politics, the softer choice is to retain few of the benefits of single market membership in order to bring back to Westminster control of EU immigration and economic regulations. The harder alternative is to accept the EU’s conditions for staying in the single market and facing a challenge to her hold on Downing Street from Conservative MPs and ministers to whom Brexit means a hard Brexit.