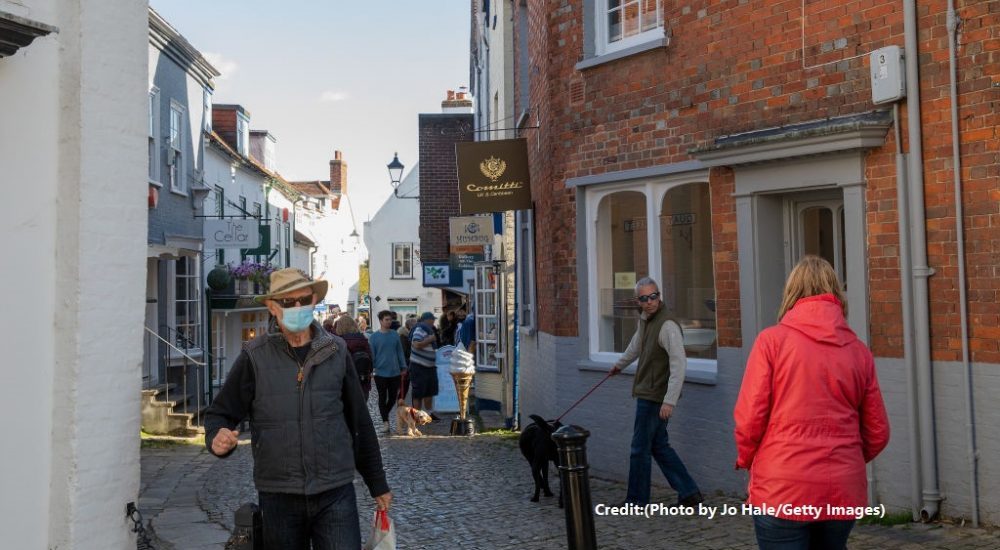 Brexit is done, Brexit identities are softening and the divide that ruptured British political life in the period since 2010 can return to being dormant. Or maybe not.

There is now a deal in place in the form of the Trade and Cooperation Agreement, but so far, we have little data on how this deal has been experienced by the British public.

New data from Ipsos-MORI in cooperation with the EU-UK Forum allows us to begin to assess the impact of Brexit on people’s lives and their expectations for the future.

The headline figures suggest that most people have not yet felt any impact of Brexit on their daily lives, with six in ten saying Britain’s exit from the EU had made no difference to their daily life.

This is perhaps not entirely surprising. One of the key areas where people would experience the impact is in travel to and from the EU, but this is currently not permitted for most people by Covid-19 rules.

This foregrounds a key difficulty for analysts currently trying to understand the impact of Brexit on people’s identities. The outcome of the process which has dominated the last five years of British politics is now so intertwined with the last 12 months of the pandemic that it is difficult, perhaps even foolhardy, to try to separate them.

However, they are clearly separate in one key aspect: they divide the public in different ways. When we look at the divides relating to Brexit and attitudes to things governments might do to control the pandemic, there is no simple relationship between the two. Leave does not equal anti-lockdown, anti-mask or anti-vaccine.

Combined with evidence from other sources, this new data from Ipsos-MORI show that there has been a decline in the intensity of Brexit identities: 35% now say their Brexit identity is ‘very strong’ compared with 55% in 2019.

This is welcome news for those in the political sphere who would like to reduce polarisation, avoid importing US style ‘culture wars’ or reunite a fragmented electoral coalition.

There is a sting in the tail though. First, the British public don’t entirely agree that Brexit is done – Ipsos-MORI found 44% thought that ‘there are still many important issues to finalise in Britain’s future relationship with the EU, which will mean lots more negotiations over the next few years’.

Second, although Brexit identities may have softened, they are still widespread and held more strongly than party identities.

Finally, and most crucial of all, Brexit put pressure on a fault-line in the British electorate that had been developing for at least a decade, and it is no surprise to find this fault-line has not closed.

While the identities associated with the divide may be softening, the Brexit labels continue to be a short-hand used for this divide in much political commentary.

Immediately after the referendum it was clear that traditional economic values as captured in the ideas of ‘left’ and ‘right’ were not a strong predictor of an individual’s vote.

Instead, whether a person voted Leave or Remain was predicted much more closely by their position on a different set of (perhaps surprising) issues.

This ‘cultural values’ divide has dominated much political analysis since the referendum, and it goes by various names: ‘open-closed’, ‘post-materialist’, ‘Gal-Tan’ and ‘social liberal-social authoritarian. At its core, though, it captures a set of value positions that are not connected to the economic organisation of society.

Indicative items for measuring these values include attitudes to the death penalty and whether young people have enough respect for traditional British values.

Questions tapping into these measures were also asked by Ipsos-MORI as part of the study. Divides here remain strong: for example, net agreement with the statement ‘For some crimes, the death penalty is the most appropriate sentence’ was +42% among 2016 Leave voters, but -18% among 2016 Remain voters.

We would not anticipate value positions to change rapidly, it is their salience in the political sphere that is more likely to change over time.

Issues beyond Brexit can also reflect this divide, and these may manifest in some of the smaller ‘skirmishes’ of the culture wars, like whether Rule Britannia should be played at the Last Night of the Proms, or whose side you took after the Harry and Meghan interview.

But they can also connect to larger issues of public policy that have much greater influence on our politics and our day-to-day life, and in particular this divide relates strongly to attitudes about crime, policing and the criminal justice system – issues which have dominated the headlines in the last ten days.

Because these issues connect most strongly with the same values divide as Brexit, they are issues which tend to also unite the Leave coalition the Conservatives built so successfully in 2019.

In a recent poll on whether vigils, protests and marches should be allowed to take place during the coronavirus pandemic seven in ten Leave voters said they should not compare with half of Remain voters.

These are also issues that continue to shine a spotlight on the difference between the Labour party, its membership and the voters it is seeking to win back from the Conservatives to rebuild its heartlands.

With a by-election in a heartland seat, local, mayoral, devolved and Police and Crime Commissioner elections just over six weeks away, this is a critical dilemma facing the Labour Party.

While Labour and Keir Starmer may be doing all they can to move on from Brexit, the underlying divide it revealed has not fundamentally changed, and it still influences positions on political issues that are not directly connected to it.

Current polling suggests that the public are yet to be convinced that the new leadership are in tune with their broader values, though there is scope to convince them many voters are yet to form a view about the new Labour leader.

Meanwhile parts of the left are sceptical of the direction being offered and willing to vote for other options, most notably the Green Party.

With Britain also feeling optimistic as the vaccine programme progresses a pace and an end to lockdown comes into view, 6 May could prove to be a difficult night for Labour and Keir Starmer.

By Paula Surridge, Deputy Director at the UK in a Changing Europe.