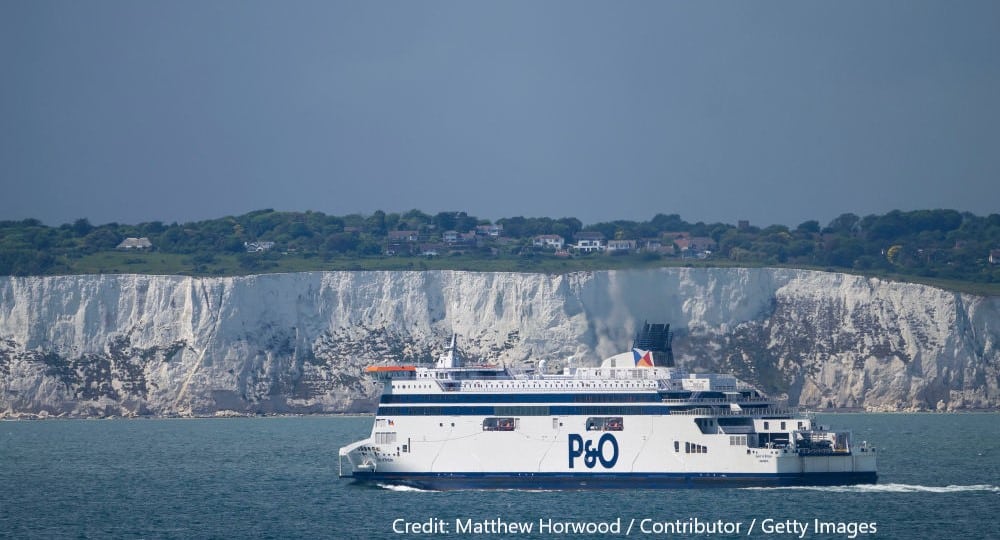 John Curtice analyses the latest Redfield and Wilton Strategies/UK in a Changing Europe Brexit tracker poll, examining public perceptions of the level of immigration and the relationship with attitudes towards Brexit.

Immigration was one of the central issues in the 2016 EU referendum campaign. One of the benefits it was argued would flow from Brexit was that the UK would be able to ‘take back control of its borders’. The apparent contrast between that claim and the substantial and increasing flow of people crossing the English Channel to seek sanctuary in the UK has perhaps helped to explain why the UK government has been keen to try and reduce the incentive to make what is often a hazardous journey in little more than an inflatable dinghy.

The polls conducted by Redfield & Wilton Strategies for UK in a Changing Europe over the last year have been regularly tracking people’s perceptions of the level of immigration and, in particular, the extent to which they feel it has been higher or lower as a result of Brexit. These polls have indicated that voters have consistently been disinclined to the view that immigration has fallen. In October, for example, while 23% felt that immigration from the EU was lower as a consequence of Brexit, slightly more, 29%, said it was higher. In the case of immigration from outside the EU the balance of opinion was tilted even further in that direction. Only 16% said it had fallen following Brexit, whereas 35% believed it had increased. The figures in previous months were much the same.

However, in Redfield & Wilton’s latest poll, the proportion who think immigration is higher as a result of Brexit has increased markedly. Now 40% say that immigration from the EU is higher as a result of Brexit, while just 19% believe it is lower. In the case of non-EU migration, the figures are 45% and 12% respectively. Already somewhat sceptical, voters have seemingly become decidedly doubtful about whether the promise that Brexit would serve to reduce immigration has been delivered.

So how might we account for these quite marked changes in perceptions? One possibility, of course, is that voters have taken note of the immigration statistics recently published by the Office for National Statistics. These showed that immigration in the year to the June 2022 was at a record high – though the statistics also indicated that the increase was from outside the EU rather than from within it.

However, another possibility is that voters have taken notice of the record level of irregular immigration across the English Channel, a flow that has received plenty of publicity in recent weeks as the number making the crossing this year has passed 40,000.

In fact, throughout this year Redfield & Wilton have found that nearly a half of the public have believed that ‘illegal immigration’ has gone up since the UK left the EU. In October, for example, the figure was 47%. However, now the figure has reached a new high of 56%. Just 11% believe it has fallen.

In short, it looks as though the repeated sight of potential asylum seekers crossing the Channel in small boats is serving to reinforce the impression to voters that leaving the EU has not succeeded in reducing the level of immigration. There would therefore seem every reason for the government that implemented Brexit to want to reduce the flow.

However, do people’s impressions of immigration help us understand why, in Redfield & Wilton’s latest poll, 56% say that they would now vote to join the EU, a figure similar to that reported by other recent polls? Probably not. For, as we have reported before, there is little relationship between people’s perceptions of what has happened to immigration in the wake of Brexit and the probability that people have changed their minds about being inside or outside the EU.

For example, those 2016 Leave voters who think that EU immigration has increased are no less likely than those who believe that immigration has stayed the same or fallen to say that they would now vote to stay out of the EU. In both cases the proportion who would do so stands at four in five (80%). The equivalent figures for non-EU immigration (78% and 81% respectively) or ‘illegal immigration’ (81% and 78%) are very similar.

Voters may feel that the promise of reduced immigration is not being delivered. However, it appears that, in contrast to the position in 2016, the issue no longer has resonance for them so long as their attitude towards the EU is concerned. At least so far as public opinion is concerned, perhaps it is a little less obvious why the government should want to prioritise dealing with the small boats issue after all?