Are there alternatives to the Irish backstop? 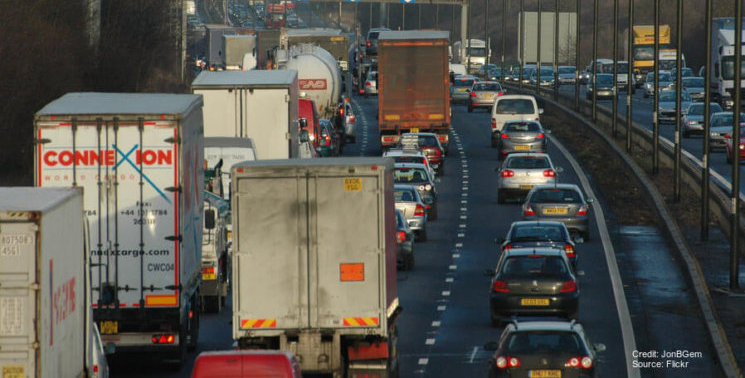 Given the fights there have been over the backstop, are there no conceivable alternatives to it?

The hunt for such alternatives inevitably leads to examples of other borders and it is usually only a matter of time before someone volunteers the Switzerland-France border as a model.

Switzerland is in Schengen (so no need for passport checks) and regulations on goods are broadly aligned with those of the EU.

Switzerland is not in the EU’s customs union nor its VAT regime, and that means border checks are required. Its watches and cuckoo clocks literally run like clockwork, so, the argument goes, must its borders.

But it’s not as simple as that. As the Swiss Federal Customs Administration makes clear, even though they have the latest technology and much paperwork is done away from the border, there is still some physical infrastructure and delays of up to four hours if a lorry is searched.

In 2018 Switzerland launched a new IT-based customs transformation programme. This programme aims to simplify, harmonise and fully digitise customs tax and duty collection processes. It should be in place by 2026.

However, this programme will not make controls at the border redundant. Quite the opposite. Because routine administrative work and bureaucratic procedures will be replaced by IT-based solutions, personnel will be freed up.

These people will be used to strengthen security, especially for control functions and reinforcement of criminal prosecution. Some of these functions will continue to apply at the border.

Hence, even with a highly technologically advanced customs management system, controls at the border will not become obsolete and nor will customs infrastructure vanish.

What about another favoured example, the Norway-Sweden border? Norway is not in the customs union either, so the origin of goods must be checked. Again, Norwegian Customs make clear what is required. Although it is technologically advanced, there is still a delay.

The average time from when a lorry arrives at the border to when it leaves is about 20 minutes. This includes roughly ten minutes waiting time, three to six minutes of handling time, and the time spent coming off the road to complete the customs process.

And there’s physical infrastructure too. All this despite existing agreements on customs facilitation, transit and rules of origin between the EU and the European Free Trade Association states, of which Norway is one.

Less often talked about are Andorra and San Marino. Both are small European nations that are in a customs union with the EU. Although Andorra’s treaty only covers goods, its borders with Spain and France are strictly controlled.

This is due to the fact that Andorra has no VAT (yet) and is known as low tax territory. Thus, smuggling has always been a concern of the neighbouring countries. The customs union with San Marino covers all goods except coal and steel.

It has traditionally kept an open border without checks at its frontier with Italy. However, it levies an import tax, at 17 per cent.

The Bulgaria-Turkey border is worse. Turkey is in a customs union with the EU, which removes tariffs and quantitative restrictions in bilateral trade between EU member states and Turkey for the goods covered.

It also sets a single external tariff for both the EU and Turkey, so they charge the same duties on imports from non-EU countries.

Finally, the border between Turkey and the EU is bureaucratic and lengthy. Lorry drivers need an export declaration, a customs permit, invoices for the products they are transporting, insurance certificates and a transport permit for each EU nation they will drive through.

The queues at the border can be up to 17 kilometres long and the wait as much as 30 hours.

While Turkey has invested significantly in modernising its border, with checks taking place an hour inland, Bulgarian officials check the paperwork for every truck and x-ray all refrigerated lorries.

Which brings us to the US-Canada border. Again, much resource has been put into streamlining this border but there are still delays – the length can be seen online.

All of this indicates that regardless of the technological capabilities of the EU’s neighbouring countries, there will be checks and the borders and this means infrastructure.

By Professor Catherine Barnard, senior fellow The UK in a Changing Europe and Dr Georges Baur. This piece is from the report ‘Brexit and Backstop: everything you need to know’ and was originally published in The Independent.