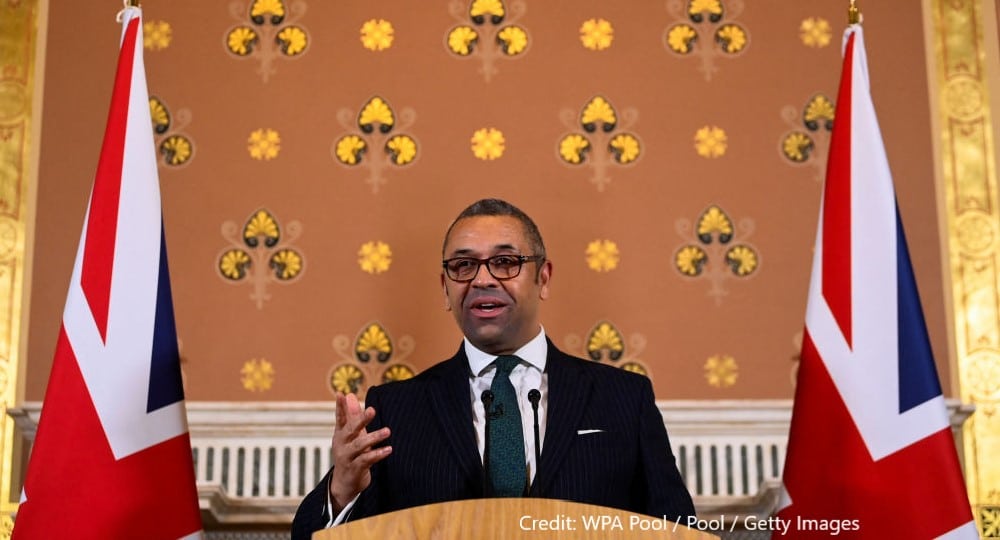 Richard G. Whitman reflects on UK Foreign Secretary James Cleverly’s speech on 12 November, highlighting the absence of the previously ubiquitous phrase ‘Global Britain’ and examining what this might suggest about the Sunak government’s approach to foreign policy.

The UK Foreign Secretary James Cleverly delivered a speech on Monday that was billed as ‘his vision for UK foreign policy’. The speech was a combination of a tour d’horizon of the state of international relations and a prospectus for the UK’s foreign policy ambitions in a context of a shifting geopolitical and geoeconomic order. One of the catchiest lines in the speech was that “Britain has agency Britain has influence, Britain has leverage and it is my job to use it.”

The speech largely served its purpose as a piece of public diplomacy in gaining media coverage for its messaging that the UK’s ambition was to “revive old friendships and build new ones, reaching far beyond our long-established alliances.”

It was a speech, however, also noteworthy for its omissions. No mention of the ‘network of liberty’ idea that was the project of Liz Truss, Cleverly’s predecessor as Foreign Secretary. It was also notable for not using the phrase ‘Global Britain’, which has been an important mantra for UK governments after Brexit. Dropping ‘Global Britain’ into speeches, statements and the title of government reports on Britain’s place in the world has been obligatory since first appearing in (then) Prime Minister Theresa May’s speech to the Conservative Party conference in October 2016.

Liz Truss, first as Secretary of State for International Trade and then Foreign Secretary, enthusiastically embraced the idea of Global Britain as a synonym for a UK with greater international ambition than it had demonstrated as an EU member state. It was less embraced less by the UK Treasury in its messaging and Chancellor Sunak deployed ‘Global Britain’ less frequently than his colleagues in the major offices of state.

Mention of ‘Global Britain’ was also absent from Sunak’s first set piece foreign policy speech as Prime Minister at the Lord Mayor’s banquet on 28 November. Contrast this to the speech given on the same occasion by Prime Minister Johnson in November 2021 with its illustrations of “Global Britain in action”.

Might ‘Global Britain’ now be out of favour as the preferred encapsulating concept of UK foreign and security policy? It does not seem entirely accidental that the two most public statements of the ambitions for UK foreign policy since Mr Sunak became Prime Minister on 25 October should have omitted the leitmotif of Britain’s place in the world of the last six years.

Phrases don’t make foreign policy, but they can set its tone. Omitting the use of ‘Global Britain’, which was intended to encapsulate the idea of a UK foreign, security and global trade policy unencumbered by EU membership, does imply, at least, a change in UK government messaging.

The search for the meaning in ‘Global Britain’ (and not only by its critics) was largely addressed almost five years after the birth of the concept with the publication of the outcome of the UK’s Integrated Review in March 2021. Global Britain in a Competitive Age: the Integrated Review of Security, Defence, Development and Foreign Policy set out a vision for UK foreign policy over the next decade and providing the parameters for UK policy through to 2025.

The importance of the Integrated Review is that it provided a framework for organising the business of British government and was commended for its sagacity in capturing Russia’s as the most acute threat to the UK significantly in advance of Russia’s escalation of war with Ukraine in February 2022.

Subsequently, the UK diplomatic and military assistance support for Ukraine has recredentialed Britain’s role in European security on the part of both governments and commentators who had been highly critical of its Brexit policy.

Whether dropping references to ‘Global Britain’ also signals a point of departure from the foreign and security policies of the Johnson and short-lived Truss Administrations is less clear. The outcome of the current process of ‘refreshing’ the Integrated Review that was launched under Truss, and intended to keep pace with emerging threats (especially with Russia’s war on Ukraine having occurred since its original publication), will be the moment we see whether a broader reset in foreign and security policy is afoot.

But this is unlikely. The broad challenges faced by UK foreign policy were apparent under the Johnson and Truss administrations, and have not changed. And under Sunak there has been no alteration of the British government’s commitment to supporting Ukraine.

If ‘Global Britain’ gradually fades from UK government usage it will be part of a wider signalling that the Sunak government is signalling a ‘new normal’ in UK foreign policy, with an emphasis on delivery rather than rhetoric.

The acid test of a ‘new normal’ would be the resolution of the UK’s most acute diplomatic challenge: its dispute with the European Union over the Ireland/Northern Ireland Protocol. Born out of the Brexit process, the demise of the use of Global Britain, alongside a period of détente in EU-UK relations, might also mean that the current UK government is more concerned with substance than the straplines when it comes to foreign policy.

By Richard Whitman, Professor of Politics and International Relations, University of Kent.