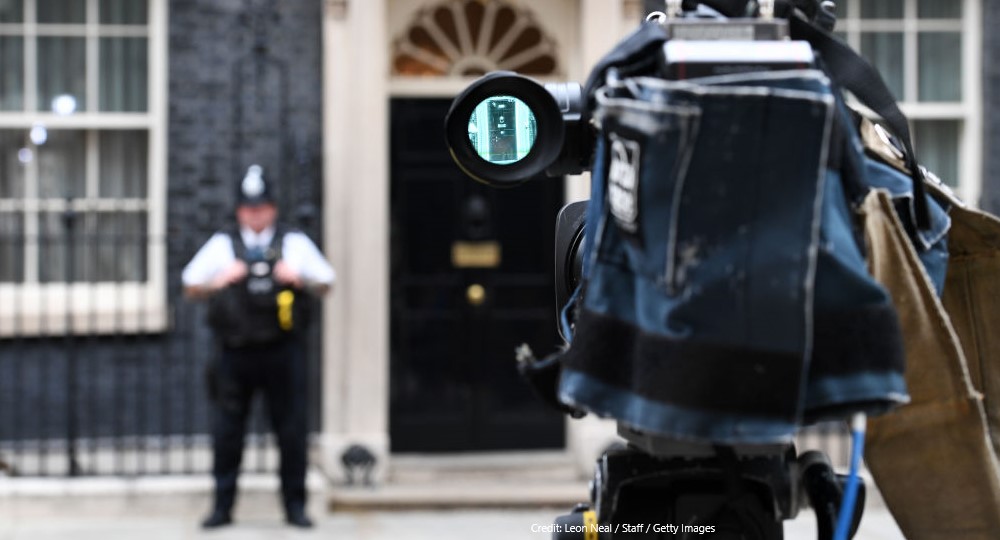 Article 16 of the Protocol on Ireland/Northern Ireland famously allows the UK to take ‘appropriate safeguard measures’ such as suspending controls on the flow of goods between Great Britain and Northern Ireland in a number of circumstances. One of these is trade diversion.

This has clearly taken place, and at significant levels. In August, the Irish Central Statistics Office found that exports from the Republic to the North had gone up 43% since the UK left the EU, whilst goods flowing in the opposite direction had gone up 77%.

By contrast, 50% of Northern Irish businesses have said that the Protocol has had a negative impact on business with the rest of the United Kingdom, with 26% saying it has had a major impact.

This trade diversion forms the context for the European Commission to find ‘far-reaching’ fixes to the issue of controls on intra-UK trade. It knows, without them, the UK can suspend these controls, possibly indefinitely.

The two sides’ positions are close here, largely because the Commission has caved. Prattle about the generosity of its proposals is pure face-saving.

The first is the wildness of UK’s claims. The European Court of Justice has not given a single judgment on the Protocol, so it is impossible to say it is responsible for the trade diversion.

It is also unclear why the UK is so fussed about its jurisdiction here when it is relaxed about the Court of Justice having jurisdiction in the UK until 2028 over EU citizens’ rights.

Second, the Article 12(4) of the Protocol allows individual EU states and the European Commission to take the UK to the Court of Justice for breaching a number of Protocol provisions.

In addition to sovereignty arguments, the UK does not trust the Court of Justice to adjudicate fairly. This is frankly a non-issue as such a case is unlikely to happen.

The EU made free trade agreements with Georgia, Ukraine and Moldova in 2014 which provide for more sweeping Court of Justice jurisdiction. There have been no cases, simply because this would be bad diplomacy and any judgment nigh impossible to enforce.

These three issues make things complex but can be traded off against each other. The UK recommits to the authority of the Court of Justice over EU citizens’ rights in the UK (EU win).

The parties agree to arbitrations in direct disputes between the UK government and the EU (UK win but similar to EU agreement with Switzerland).

The UK agrees to Northern Irish courts being bound by Court of Justice judgments on the EU law in question but they are now prohibited from making references (Draw).

The EU cannot start a trade war against the UK or tear up the Trade and Cooperation Agreement because the UK lawfully exercises its rights under Article 16. It will likely do two things if the UK suspends controls on intra-UK trade.

The first is require Ireland to limit the amount of mainland British goods being traded in Ireland that now come in via Northern Ireland.

The second is to identify how much of a problem this trade is so that it can take proportionate countermeasures.

Neither relies on physical infrastructure at the border. Both rely on something identified in EU legalese as market surveillance.

The EU law on market surveillance requires the Irish authorities in such a scenario to carry out extensive policing and enforcement action against Irish businesses who might be trading in goods from mainland Britain that have gone through Northern Ireland and not been cleared in the Republic.

They can ask for extensive documents from these businesses, including about their supply chains. They can carry out unannounced dawn raids. They can impose fines, and they can order withdrawal of products.

The Irish authorities must carry these actions out, regardless of negotiations with the UK. Furthermore, the Commission can issue instructions to them about how these checks are carried out. Other EU states can also ask them to carry out action.

What cannot legally happen, however, is that France or any other EU state start imposing restrictions on goods coming from the Republic.

How much market surveillance may take place is a matter for conjecture. If, as is highly possible, it is extensive it might impose a big strain in the Republic.

Businesses would be less likely to trade with the North because of the concern about inspections. Border communities would be impacted as this is where the suspicion of illicit trade would first fall.

The costs of showing innocence are also likely to be felt disproportionately by small businesses. Political tensions in the Republic and the North surrounding punishments for buying goods from the North would fester and possibly ignite.

It is implausible that Frost does not know this. He might be comfortable with this since it gives him leverage for renegotiating the Protocol if, as is likely, the EU does not accede to the demands he made yesterday in Lisbon.

More disturbingly still, the real game might be to have no agreement over Northern Ireland, as there is nothing that can satisfy many Brexiteers. The strategy here would be to invoke Article 16 through to 2024 leaving the Republic to suffer this intensified surveillance until then.

At the end of 2024, with things significantly corroded on both sides of the border, the UK government would campaign for the Northern Irish Legislative Assembly to withdraw consent from the Protocol in early 2025, in line with what the Protocol allows.

This would fit well with the timetable for a UK general election in which a Brexit cultural war could be replayed about the State of the Union.

It would also, however, continue a long and venal tradition of Englishmen with expensive educations and long titles recklessly and ruthlessly dispensing with the livelihoods and identities of the people of the island of Ireland. He should come clean.

By Professor Damian Chalmers, Vice Dean (Research) in Law at the National University of Singapore.