Article 50 and a Brexit general election: the problem of political time 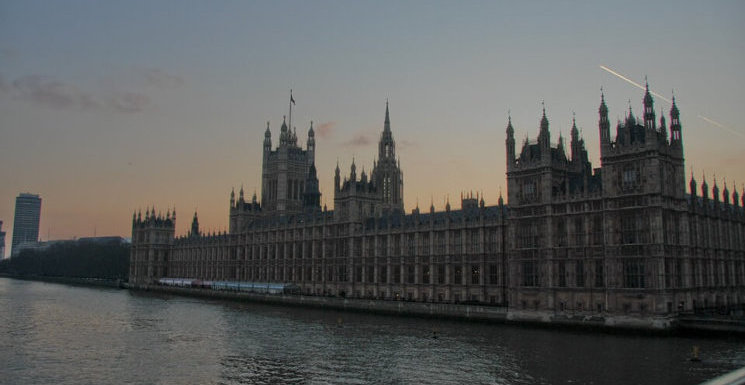 How will the current Brexit impasse be broken? If the government can’t get its Brexit deal through parliament, there are two potential ways of getting through the deadlock: a referendum, or a general election.

The Constitution Unit’s recent report, The Mechanics of a Further Referendum on Brexit, set out two sets of obstacles standing in the way of a Brexit referendum: problems of political will, and issues of political timing.

It convincingly showed that issues of timing were far from insurmountable, but would likely require an extension of the Article 50 process. To make that extension a viable prospect, and for parliament to support a referendum, will in turn require significant political will.

The path to a referendum is fraught, but the route to a general election is no less difficult to map out. Westminster is quickly getting to grips with the Fixed-term Parliaments Act 2011 (FTPA), a piece of legislation which many wrote off as dead following Theresa May’s successful snap election in 2017.

Stated simply, there are two ways parliamentary gridlock could lead to a general election. Firstly, the government could, as Theresa May did in April 2016, seek the approval of 434 MPs in the House of Commons to trigger an election.

Secondly, if the Prime Minister lost a vote of confidence in the Commons by a simple majority, and no majority could be found in parliament for a new government after two weeks, then a general election would be the result.

These procedural hurdles are forbidding, but far from insurmountable. Labour would undoubtedly support Theresa May in parliament if she called a general election. It is hard to see the circumstances where the Prime Minister would wish to risk seeking the support of 434 MPs to trigger a general election.

It is less difficult to imagine a new Conservative leader, if May lost a leadership election, doing so in order to gain a mandate. The second path, losing a confidence vote, would require some Conservative MPs to vote against their own government in parliament. This would, in short, require a fracture in the party system.

There would also be significant questions of political timing at play. There are two key pinch-points that the House of Commons has successfully inserted into the rules of the meaningful vote, which we outline in our recent report on the Brexit Endgame: the ‘meaningful vote’ on the terms of withdrawal, which is expected to be held in late November; and the date of 21 January where the Prime Minister, in the absence of a deal, would have to come to the House of Commons and set out the government’s plans.

However, the most important deadline in terms of an election is 29 March 2019, when the UK will cease to be a Member State of the EU. The major question is: could an election enable a new government to take office before the UK leaves the EU?

General election following the loss of the ‘meaningful vote’

The timings of the meaningful vote inevitably require a degree of forecasting and prediction. However, if the Prime Minister manages to find a deal at the emergency EU Council Summit (which is currently pencilled in to take place on 17-18 November) then the earliest the government can hold a vote – following the five days of scrutiny that the Exiting the European Union Committee recommend, and which the government would be well advised to grant if they wish to increase goodwill in parliament – would be either 26 or 27 November (the latter date is already the subject of speculation in Westminster and Whitehall).

If the government loses the ‘meaningful vote’, there will inevitably be calls for it to fall. So, the date of 27 November is a plausible starting point for thinking about a general election fought on Theresa May’s Brexit deal.

Given the need to ‘wash-up’ the remains of the parliamentary legislation; the disruption of the Christmas break; and the 25 working days for a general election required by the Electoral Registration and Administration Act 2013,  the earliest date for an election would be 10 January, following campaigning over Christmas. It would, in effect, be a slightly soggy snap election.

General election following a ‘no deal’ declaration in parliament

If there is to be no deal, Section 13(11)(b)(i) of the European Union (Withdrawal) Act 2018 sets the date of 21 January as the latest date at which the Prime Minister must come to parliament to explain the government’s next steps.

Within five Commons sittings days, so by the 28 January, a neutral, (potentially) unamendable motion on the government’s Brexit deal would need to be held. This provides a guaranteed parliamentary reckoning of sorts for any no deal strategy.

The problem is that, while parliamentary support for a no deal is highly unlikely, whether there exists a parliamentary mechanism to exert a no deal majority is far from clear. Perhaps the only option, if there is a clear consensus against no deal, would be for it to be put to a public vote – either  a referendum, or a general election.

But these dates would mean a general election would not be able to take place before 28 February – if the government set out its plans to fight on a ‘no deal’ manifesto upon announcing them in the Commons, laid down a motion for a general election as quickly as possible and the Labour party supported it.

If a general election instead followed the second route – the loss of a vote of no confidence due to opposition from either its own MPs or the DUP, and no alternative cross-party government could be formed after the mandated two-week period – then the quickest date for an election would be 14 March (and could well be up to a week later, if the government were to delay the motion on no deal following the Prime Minister’s statement).

The lack of political time

All this, in effect, brings us very close to the current 29 March deadline set by Article 50. In short, it is near impossible to see a new government not requiring an extension of the Article 50 process if they hoped to renegotiate Brexit.

Whether either main party would accept this reality – and how the practical need for an extension would affect the electoral dynamics of any election campaign, and be addressed in party manifestos – is an open question.

One of the unwritten rules of British politics is that, if we find ourselves trudging to the ballot box in the depths of winter, we are in the midst of either a constitutional or an economic crisis.

The last two winter elections were either caused by constitutional or political upheaval: in January 1910 when David Lloyd George’s ‘People’s Budget’ was blocked by the House of Lords, and in February 1974, when the economic and social crisis of the ‘Winter of Discontent’ led to Ted Heath’s attempts to break the government-union deadlock through a general election.

The difference for a ‘Brexit election’ held before 29 March 2019 is that it would likely be a result of both: a constitutional crisis, in the midst of significant political and economic uncertainty. The problem of political time will be likely to add another crucial layer to this uncertainty.

By Dr Alan Wager, researcher at The UK in a Changing Europe. This piece originally featured on the Constitution Unit.