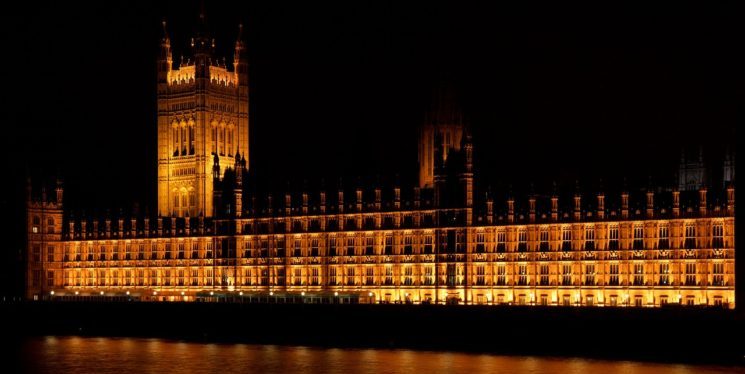 In traditional Chinese culture, the number five is associated with ambivalence. By itself, it is cast as a negative. If combined with another negative, it can, however, signify something positive. Ambivalence, at best, might be the feeling of those confronted with the interminable speculation surrounding Article 50. However, the process will contain five separate debates whose outcomes might shape the negotiation and the future of the United Kingdom post Brexit in significant ways.

As these are unpredictable and laden with possibility for good or for bad, Chinese culture might be on to something with the Brexit process. So, what to look out for?

Unsurprisingly, the government argues that, as negotiation and conclusion of treaties fall under the Crown prerogative, it can carry out the process without parliamentary approval. The prerogative cannot, however, be used to alter existing statutory obligations and responsibilities or to compromise individual rights granted by statute. This does not necessarily mean parliamentary approval is necessary insofar as Brexit might affect these.

Most EU law rights enter into British law by virtue of the European Communities Act 1972 rather than by dint of membership of the EU. The time for parliamentary approval would, therefore, appear to be at the moment of repealing that Act not now. However, this is not true for certain rights, namely those which can be asserted against EU institutions – such as the right to vote for the European Parliament – or in another EU member state. These will lapse with membership. Expect legal gymnastics on whether these are statutory rights being taken away from British citizenship or whether they were rights granted independently of statute as the UK Parliament has no jurisdiction over either EU institutions or EU member states.

Debate number two is whether we will know what is going on during the negotiations. There is a good chance that government will try to reject freedom of information requests on the grounds that disclosure can be refused under the Freedom of Information Act 2000 if it would prejudice relations with another state or with the devolved administrations.

Happily, there will be other ways of finding out.

As the EU institutions will have access to many British documents, the matter will also be governed by EU freedom of information law. Documents can only not be disclosed if it would undermine protection of the financial, monetary or economic policy of the Union or any member state. This will be a difficult case to argue as transparent information on the state of play is less likely to unsettle financial markets than random leaks and hearsay.

Any refusal to disclose information is likely to be challenged before the EU courts and one of the more delicious moments of the next couple of years might be the British press’ reaction if the relevant EU court orders disclosure of various British negotiating positions.

Debate number three concerns the consequences of the two year negotiation deadline. Its main significance lies in the UK suffering more from disorderly exit than anybody else. Its negotiating position will, thus, weaken dramatically as the clock runs down. Do not expect other states rushing to negotiate much in 2017. By contrast, my advice is that ministers and civil servants not book any expensive family trips for Christmas 2018. It will be pretty fraught.

Debate number four is about whom the UK has to persuade in the negotiations. This will be 20 EU states representing 65% of the rest of the EU’s population plus the European Parliament. There is a good chance that it will also have to persuade each of Iceland, Norway and Liechtenstein, as rewriting EU single market rules for the UK also means rewriting its obligations with these states under the European Economic Area. The voting thresholds are thus stacked against the UK. It is a measure of our new found freedom that Liechtenstein has the power to veto arrangements we might wish to safeguard our financial services and automobile industries.

A few other points.

There is no instance of a trade deal being agreed in only those sectors where one party has a competitive advantage. We have heard a lot about what the UK wants for these industries. Nobody has talked of the price it might have to pay for this.

If anybody believes the EU will be happy with less British financial regulation post-Brexit, they are in for a shock. Without the assurances of the regulatory and legal oversights provided by EU institutions, the European Union is likely to ask for more safeguards, not less, to be certain that the City will not pose risks to Europe’s other financial markets.

Finally, a comfortable blocking minority of member states benefits from free movement of persons with the UK.

Debate number five is about the need for another referendum on any final Brexit deal. In a wonderful irony, to stop the EU too easily acquiring new powers, the European Union Act 2011 requires any treaty amending or replacing the EU treaties to be subject to a referendum.

This might seem unproblematic as this only applies if the new treaty extends EU competencies or powers over the UK. However, one small provision, section 4(1)(i), states that a referendum must be held if the treaty confers any power on any EU institution to impose a requirement or obligation on the UK. The EU might insist on provision for some supervisory oversight to ensure the UK is observing the rules as a price for access to the single market. Legislation could of course be passed repealing that provision. However, it would be ironic if a process instigated to give citizens popular voice about EU matters should finish with a provision which would remove their existing rights to such voice.

By Damian Chalmers, senior fellow at The UK in a Changing Europe and Professor of European Union Law at the National University of Singapore and London School of Economics and Political Science. His piece stems from the report: Brexit and beyond: How the UK might leave the EU.