Article 50 one year on: environment 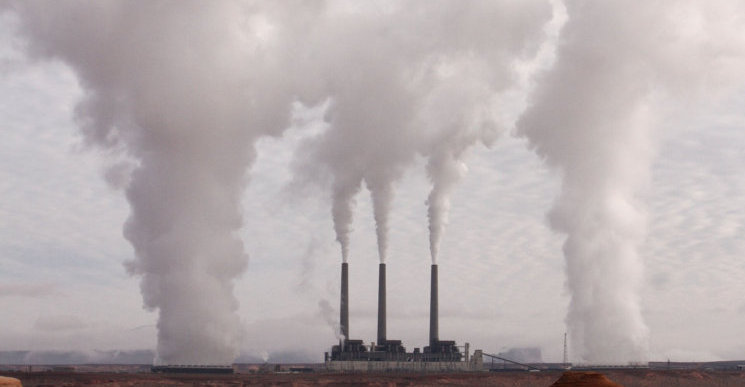 The environment barely featured in the 2016 referendum campaign, despite being one of the areas most affected by the EU. When she became Prime Minister, the early indications were that Theresa May had little, if any, interest in environmental issues.

However, in June 2017 Michael Gove was appointed Secretary of State for Environment, Food and Rural Affairs (DEFRA), which led to a stepchange in the attention and media profile of environmental issues. Mr Gove has engaged in a charm offensive to bring onside non-governmental organisations and promised the delivery of a ‘green’ Brexit.

A key risk raised by Brexit is the that of lower environmental standards. The government has suggested that the EU (Withdrawal) Bill ensures that EU policies will be copied and pasted onto the UK statute book, mitigating this risk.

However, Andrea Leadsom, a former environment secretary, acknowledged that a third of the EU environmental rules would be difficult to copy over. Crucially, the environmental principles enshrined in the EU treaties (such as the polluter pays, and precautionary and prevention principles) will not be transferred.

There is also concern that environmental and food standards will be subject to downward pressure under new trade agreements: the threat of hormone-laden beef and chlorinated chickens entering the UK market has featured extensively in media discussions. Mr Gove sought to assuage such fears by claiming that Brexit would not result in lower standards, but it remains to be seen whether – and how – this promise can be kept.

Moreover, although the government published its long-awaited 25 year environment plan (YEP) in January 2018, with some headline commitments on plastics, the plan is short on detailed commitments and appears to water down existing targets. Whilst it is laudable that the government is taking a longterm perspective with its 25-year timeframe, interim targets will be needed to ensure it remains on track, but these have not yet been provided.

The second key challenge relates to the governance gap. The UK will no longer have access to structures for creating, implementing and enforcing EU policy. The expertise and data-gatheringcapacity of the European Commission, the European Environment Agency and pooling of knowledge across EU states will no longer be available.

Moreover, currently the UK has to monitor environmental quality and report its position in relation to a whole host of standards and regulations to the European Commission, and that information is routinely made publicly available. Where the UK fails to meet the standards it can be taken to court, as in the Client Earth case on failing to implement air quality regulations.

This governance gap has featured extensively in lobbying around the EU (Withdrawal) Bill and in parliamentary reports. Mr Gove has responded to these concerns by announcing the creation of a new environmental watchdog that will give “nature a voice” and hold the government’s “feet to the fire”.

However, the exact powers and functions of this new body will only be decided following a consultation. Moreover, the watchdog is likely only to cover England, as the environment is a devolved matter.

This leads on to the third challenge – future intra-UK environmental policy coordination. As long as the UK has been a member of the EU, the combined effects of devolution and the EU’s constitutional settlements has meant that there are common minimum standards, although states can adopt higher standards if they want to. Under this system, Scotland and Wales have developed different approaches on, for example, climate change, land use and waste.

The adoption of the EU (Withdrawal) Bill has, however, raised a series of issues about the allocation of competence for environmental policy post-Brexit. The original wording of the bill envisaged the UK government retaining all environmental policy competence and deciding which aspects of policy should be devolved. This approach has been condemned as a power grab by Scotland and Wales.

There is an ongoing dispute over how the common frameworks to govern these areas will be decided and administered. This is hugely significant from a constitutional perspective, but it is also central to the future development of environmental governance.

For example, any English environmental watchdog will have to coordinate its work with similar agencies or watchdogs in the devolved regions and nations, and there is a strong case for a pan-UK body. However, agreement on this issue currently remains elusive.

Overall then, there has been a good deal of movement in this policy sector driven in part by need, as Brexit has created a significant workload for DEFRA. However, the shift in emphasis is also down to Mr Gove, who has brought some much needed drive and energy to the environmental policy field.

Yet there is still much to do. Whilst the commitments that have been promised are laudable, there is still limited policy detail and some intractable political issues that raise questions about how post-Brexit environmental policy will be coordinated and managed.

By Professor Charlotte Burns, Andy Jordan and Dr Viviane Gravey, part of the UK environmental governance research team at The UK in a Changing Europe. You can read the full report ‘Article 50 one year on’ here.