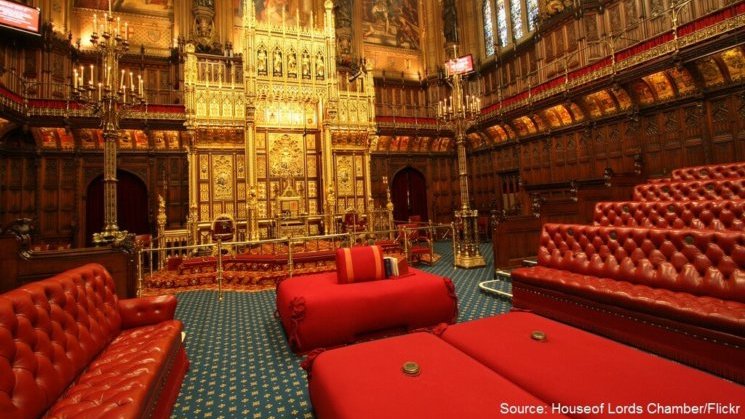 The EU (Withdrawal) Bill is the most con-stitutionally significant piece of legislation adopted by the UK Parliament for decades. Originally called the Great Repeal Bill, the main purpose of the Withdrawal Bill is to repeal the European Communities Act (ECA) 1972 and so stop the flow of EU law into UK law.

The ECA took the UK into the EU at the domestic level, and gave effect to the twin principles of EU law: supremacy (that EU law prevails over conflicting national law) and direct effect (that EU law can be enforced in national courts). Both principles will cease to apply in the UK with the passage of the Withdrawal Bill.

Although hailed as a great measure of repeal, ‘repeal’ was always a somewhat misleading term to apply to the bill. It is much more about ensuring the maintenance of the whole body of EU law within the UK system, albeit now as UK law or, to use the jargon, ‘retained EU law’. This is being done in the interests of legal certainty.

So, the Withdrawal Bill broadly guarantees that the same rules will apply in the UK whatever type of Brexit occurs. As a result, the core provisions of the bill – five of its 19 sections – concern retention.

The bill makes clear that all EU legislation which became part of UK law under powers found in the ECA – such as the Working Time Regulations which implement the Working Time Directive – will remain on the UK statute book. All legislation which was adopted under other powers will also remain, such as the Fixed Term Work Regulations, which were adopted under provisions of the Employment Act 2002.

Primary legislation giving effect to EU law, such as the Equality Act 2010, will also remain in force. So far, so straightforward. However, not all EU laws can be retained in their current form.

For example, the Transnational Information and Consultation of Employees (TICE) Regulations require a multinational company—or, using the jargon, a ‘Community-scale undertaking’— to set up a European Works Council or equivalent for the purposes of providing information to, and consulting with, worker representatives.

However, the definition of such an undertaking in UK legislation is one with ‘at least 1,000 employees within the member states and at least 150 employees in each of at least two member states’. As the UK will no longer be a member state, this raises a problem.

So, Clause 7 of the bill gives the government the power to deal with so-called ‘deficiencies’ in existing law where the executive thinks it is ‘appropriate’ to do so. However, these so-called ‘Henry VIII’ powers are controversial because they are exceptionally wide and allow the government to amend both statutory instruments (SIs) – or secondary law – and Acts of Parliament (primary law), thus, according to the Lords’ Constitution Committee, giving ‘ministers far greater latitude than is constitutionally acceptable’.

However, during the Commons debate, the government conceded that there would need to be a new parliamentary committee to sift statutory instru-ments introduced to amend retained EU law.

The committee will decide whether these SIs should be subject to the negative or affirmative procedure (the latter requires approval by both Houses of Parliament). The House of Lords, for its part, does not consider these safeguards sufficient.

The Withdrawal Bill also addresses the question of devolution, as Nicola McEwen highlights in this report. When power is repatriated from Brussels, will it go back to Westminster or, in areas where powers are already devolved, to the devolved administrations?

There has been considerable concern that, as Stephen Tierney puts it, the Withdrawal Bill amends the main Acts of Parliament on devolution so that the existing restriction on the devolveds legislating contrary to EU law is replaced by a new restriction: generally, an Act of a devolved legislature ‘cannot modify, or confer power by subordinate legislation to modify, retained EU law.’ In other words, the concern is that devolved powers exercised in Brussels would now effectively be exercised in London.

Given the constitutional importance of the Withdrawal Bill, it comes as no surprise that all Parliamentarians want a say on what it should look like. The amendments to the bill in the Commons and the Lords run into the many hundreds. While the Bill did, in fact, manage to escape the Commons largely unscathed, it is unlikely to fare well in the Lords.

The upper house will want to see some major concessions: certainly over devolution and the deficiencies provision in Clause 7, and possibly over the position of the EU Charter on Fundamental Rights (which currently will not become part of EU retained law, although the principles underpinning the charter will continue to be applied). They might also want further clarity over the obligations on the judiciary to take into account decisions of the Court of Justice.

The Withdrawal Bill currently allows judges to take such decisions into account when they consider it ‘appropriate to do so’. This provision is hardly clear, and judges are wary of becoming the target of tabloid ire when they come to make use of it.

At the behest of the Prime Minister, the timing of ‘Exit day’ (11pm 29 Mar 2019) was incorporated into the Withdrawal Bill. This was mostly a political gimmick to play to Leave supporters. However, it has created an unnecessary straightjacket for the Brexit negotiating team, who are forced to conclude the withdrawal agreement and the transition arrangements by October 2018—or December 2018 at the latest—to give the UK parliament time to have a ‘meaningful vote’, and the European Parliament time to vote on the deal as well. The Commons did accept a certain softening of this positon through regulations adopted by ministers; the Lords might ask for more.

The one defeat the government did suffer in the Commons was on Clause 9. Originally, this enabled ministers, by secondary legislation, to make appropriate provision to implement the withdrawal (i.e. Article 50) agreement.

Given the major changes to UK law that would be required by the withdrawal agreement, it was surprising that this was intended to be done by secondary legislation. Dominic Grieve’s amendment made the enactment of any such regulations subject to the prior enactment of a statute by Parliament approving the final terms of withdrawal of the UK from the EU.

However, since then the government has recognised that it needs a new and separate bill, the Withdrawal and Implementation Bill (WAIB), to give effect to the withdrawal agreement and the arrangements for transition. It may be that Clause 9 is removed from the Withdrawal Bill.

One of the key aims of transition is to maintain the status quo, which includes the requirement that the principles of supremacy of EU law and direct effect must continue to apply in the UK legal system during this period.

The UK will also be required to implement new EU law. So although the Withdrawal Bill will ‘turn off’ the European Communities Act, which introduced those principles into UK law, the WAIB will have to turn those principles back on during transition.

Furthermore, on citizens’ rights (the rights of UK nationals living in an EU state and EU nationals living in the UK prior to the end of transition), the principles of supremacy and direct effect of the terms of Part Two of the withdrawal agreement will have to be respected for the lifetime of the EU citizen. This means that the WAIB will have to make provision for that too.

As a result of the legal devices contained in Withdrawal Bill and the WAIB, EU law will continue to shape many aspects of UK residents’ daily lives. The Withdrawal Bill does, however, give the power to Parliament to change those rules if parliamentarians so choose. In this respect, some aspect of control has been taken back.

By Professor Catherine Barnard, senior fellow at The UK in a Changing Europe. You can find the full report ‘ Article 50 one year on’ here.