Article 50 one year on: higher education 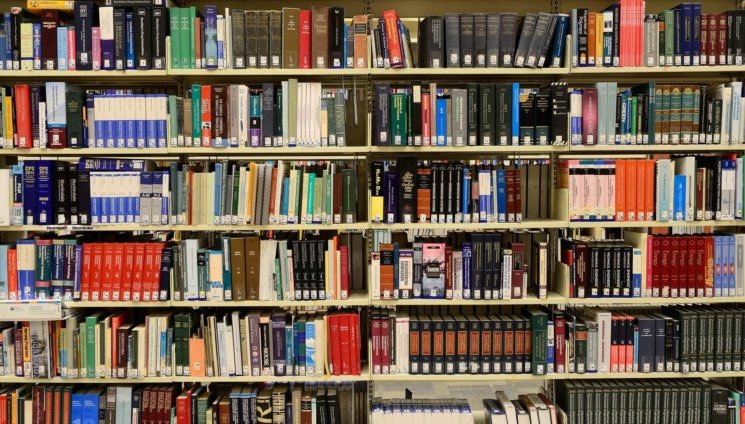 There has been little clarity offered to the UK higher education sector on the nature of the future EUUK relationship. Student mobility may be affected, there is still work to do on clarifying the position of non-UK EU staff in UK institutions, and access to the European Research Area (ERA) – crucial for the majority of UK universities – is far from guaranteed.

Agreeing on a new EU-UK partnership in higher education, research and innovation is government policy. However, the negotiations for an agreement have been slow and narrowly focussed on the hard sciences, revealing the sector’s vulnerability. There are still bottlenecks – particularly regarding immigration and free movement – which affect staff, students and research collaboration.

A positive outcome for the rights of EU citizens currently living in the UK was confirmed in the phase one negotiations in December, and the UK has now conceded that the same will apply to those arriving in the transition period. But this does not remove the long-term threat: the UK remains committed to ‘taking back control of its borders’ and ending free movement.

This means, inevitably, new controls and reduced rights for EU staff and students. But, as Jonathan Portes explains in this report, we have little or no idea as yet what form these will take.

Non-UK EU and international student applications for 2018 entry were up by 3.4% and 11%, respectively. However, this short-term increase does not guarantee that EU student flows will be sustained in the medium term. Non-UK EU students may be keen to enrol while there remains a degree of uncertainty, not least to pre-empt any possible change in the fees charged to EU students.

There is consensus in the sector on maintaining full access to the ERA, in particular Horizon 2020 and its successor programme, at least as an associate country (albeit that this would not grant voting rights). The EU’s Framework Programmes are the most effective multilateral funding schemes in the world and are therefore a practical and efficient way to support excellence in international collaboration.

As yet, the government has failed to properly think through the implications of Brexit for the UK’s current leadership role in European research. Over several decades, EU programmes have grown to become an integral part of the UK funding system, accounting for 11% of UK universities’ research income in 2015/16.

From 2007 to 2013 the UK received €8.8 billion of direct EU funding for research, which was a significant return on an estimated contribution of €5.4bn. The UK should also take into account the non-financial benefits of the Framework Programmes. In the last decade the UK’s output with EU coauthorship has gone up to include over 30% of all UK papers.

The Treasury has guaranteed to underwrite applications submitted before March 2019, but collaborative bids can take 18 months to complete. However, some UK researchers are hesitant to bid for grants given the uncertainty around their future eligibility or ability to lead projects after Brexit.

Freedom of movement is just as much a red line for the EU as it is for the UK. Switzerland provides a precedent for the consequences of restricting freedom of movement for EU nationals following a national referendum. In this case, the reaction of the EU was unequivocal.

Switzerland was expelled from parts of Horizon 2020 and the Erasmus Plus programme from 2014 to January 2017, notwithstanding its extensive contribution to European and global science and its long tradition of
multi-country collaboration.

Thousands of Swiss students whose degrees included a year abroad risked being stranded, which forced the Swiss government to launch an emergency ‘Swiss-European Mobility Prog-ramme’ for both outgoing Swiss-based students and incoming European students, entirely funded by the Swiss taxpayer. The consequences for Swiss higher education and research were disastrous, particularly in research intensive universities, of which two rank in the world’s top 12.

For example, as a result of the referendum, the École Polytechnique Fédérale de Lausanne (EPFL) says it missed two European Research Council (ERC) application deadlines in 2014. It also estimated that around ten starting and so-called consolidator grants, for young and mid-career researchers, were lost.

Some scientists were also forced to rush into submitting applications earlier than they would have liked, almost certainly reducing their chances of success. It also lost access to a range of MSc and researcher mobility schemes, while the country as a whole lost the opportunity to define the future shape of EU research funding.

The EU-UK relationship does not exist in a political vacuum. Should the EU depart from the Swiss precedent and allow the UK to limit the freedom of movement while retaining similar access as now, the Swiss themselves would demand concessions – a domino effect the EU is keen to avoid.

It is likely the number of UK-based applications for EU grants will slowly diminish, unless an independent agreement regarding higher education, research and innovation is reached before the final deal. Cherrypicked sectoral deals are unlikely to precede any final arrangement and could be subject to immediate suspension should the UK breach its obligations in any other area, as happened in the Swiss case.

It is unlikely a mobility scheme for students will be funded nationally. There is a real risk that the full cost of studying abroad will be transferred to students. UK universities are taking it upon themselves to strengthen informal European networks, but face time and money constraints.

New relationships require both top-down and bottom-up efforts, and individual UK universities do not currently have the resources to single-handedly replace a pan-European mobility scheme.

Tampering with the potential of UK academics to compete for research funding has already had damaging effects, indicated by system-level evidence. The proportion of EU projects coordinated by British research teams fell sharply after the referendum, from 16.9% in 2016 to 12.6% of all funding in 2017, dropping behind Germany.

Ongoing participation to the end of Horizon 2020 and full participation in the 9th Framework Programme need to be secured as soon as possible to give researchers the certainty they need to submit quality bids.

The fate of mobility exchanges under Erasmus Plus must also be addressed, allowing universities time to prepare and provide suitable arrangements. The government cannot single-handedly negotiate an optimal deal without the experience in European collaboration of its universities.

They must work hand in hand to explore new opportunities, while not being afraid of voicing the many challenges lying ahead.

By Ludovic Highman, Senior Research Associate on CGHE’s local higher education engagement research programme, Simon Marginson, William Locke and Vassiliki Papatsiba part of the Brexit, trade, migration and higher education team at The UK in a Changing Europe. You can read the full report ‘Article 50 one year on’ here.