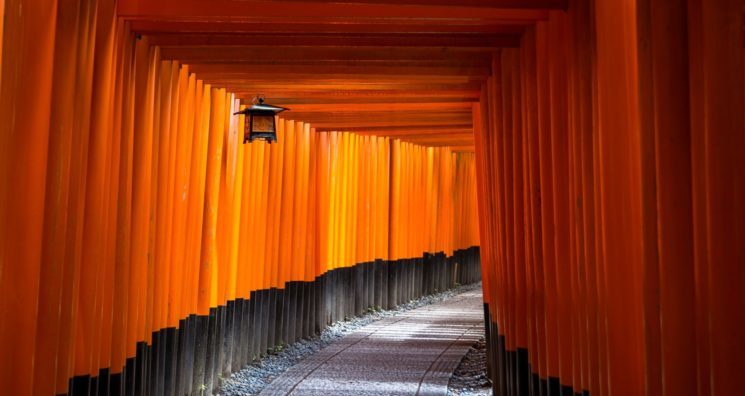 ‘Ready for trade’, boasts the UK government’s new promotion campaign. But are others ready for trade with post-Brexit Britain? Of course. But at a price.

Amid all the uncertainties of the UK’s future outside of the EU, one thing is certain: trade agreements with third countries with which the EU already has its own deals are going to reduce access for British firms to those countries’ markets. This is not ‘project fear’. Instead, it is the reality that Britain’s trade negotiations with Japan and the ‘continuity agreement’ with South Korea already show.

Both Japan and South Korea had to make significant concessions to the EU to clinch their respective trade deals with Brussels. Both Asian countries had to open their markets to European agricultural and food products beyond what they were initially willing to do. They also had to level the playing field for EU services firms.

And in the midst of EU-UK disagreements about regulatory alignment, it is worth noting that Japan and South Korea had to agree to match the EU’s environmental, labour or sanitary and phytosanitary standards. In Brexit parlance, Tokyo and Seoul became ‘rule takers’.

Once the transition period for the UK to leave the EU ends, it will need to clinch and implement new trade agreements with both Asian countries. What will they offer? Actually, their position will not be too different from the EU’s: the more access the UK retains to the EU’s single market, the more access to their own markets Japan and South Korea will offer.

The ideal scenario for Seoul and Tokyo would be for the UK to remain in the single market. In fact, the Japanese government, firms and ambassador to London have been unusually blunt in this request. Since Boris Johnson has indicated that this is not going to happen, the UK has already become less attractive to Asian firms that saw the UK, above all, as a base to access the EU’s single market.

This explains why Japan is dragging its feet until the post-Brexit EU-UK trade relationship is clearer. Depending on the level of loss of access to the single market for the UK, Japan will decide what bits of its agreement with the EU won’t be on offer to London. As Prime Minister Abe Shinzo has indicated, Tokyo will not simply copy-and-paste the EU-Japan trade agreement for the UK.

In fact, South Korea has already done this when drawing up the continuity agreement with the UK. This agreement, signed by London and Seoul last year, will take over once the EU-South Korea free trade agreement ceases to apply to the UK (at the end of the transition period), and will run until a new, full-blown agreement is signed between the two countries.

The problem is it will quickly hit British firms. For example, the EU-South Korea deal includes eleven European products under a tariff rate quota system. In short, European exporters can export at zero or reduced tariffs up to a certain limit.

In the UK’s continuity agreement, nine of those products are excluded – including cheddar cheese, butter, and natural honey. As the National Farmers’ Union recently pointed out to the House of Lords EU Committee, it is “hard to avoid concluding that UK producers are losing out”.

Rules of origin are another case in point. EU components will be treated as domestic products by South Korea and the UK under the continuity agreement.

This was a key demand from South Korean manufacturers with pan-European supply chains involving UK firms. These firms have taken a wait-and-see approach towards future EU-UK trade relations. The continuity agreement has bought them the time they were asking for, regardless of what the UK thought about it.

More importantly, the UK has agreed to renegotiate the continuity agreement starting from two years after it comes into effect. This was a crucial demand from the South Korean government. Arguably, it is what brought Seoul to the negotiation table in the first place.

Similarly to Japan, South Korea will decide what concessions offered to the EU it will want to exclude from a future deal with the UK once it knows the future relationship between Brussels and London.

But can the UK tailor its trade agreements to the needs of the UK economy in a way that it will give British firms a competitive edge over their European counterparts? In short, no.

The EU’s trade deals with Japan and South Korea include most favoured nation status clauses across a wide range of sectors, including services and investment – of particular importance to the UK.

Thus, if the UK gets better market access conditions than the EU currently enjoys, these will apply to European firms as well. The Japanese and South Korean governments know that any trade negotiation with the UK will, implicitly, involve the EU too.

Furthermore, Japanese and South Korean firms already have to comply with EU standards to access the single market. Seoul and Tokyo therefore have no incentive to offer lower standards in any future trade deal with the UK.

They ceded control in many areas when they signed their respective agreements with EU. They understand that they cannot take back control of them. The current negotiation between the EU and South Korea on labour rights is a case in point.

In other words, the choice for post-Brexit Britain is not a trade-off between more divergence from the EU’s rules and regulations in exchange for better, more tailored agreements with third countries.

As Japan and South Korea show, greater access to the EU’s single market will mean more comprehensive agreements with countries who basically see Europe as a single economic entity. This is the paradox that the Johnson government faces.

By Dr Ramon Pacheco Pardo, Reader in International Relations at King’s College London and the KF-VUB Korea Chair at the Institute for European Studies of Free University of Brussels.