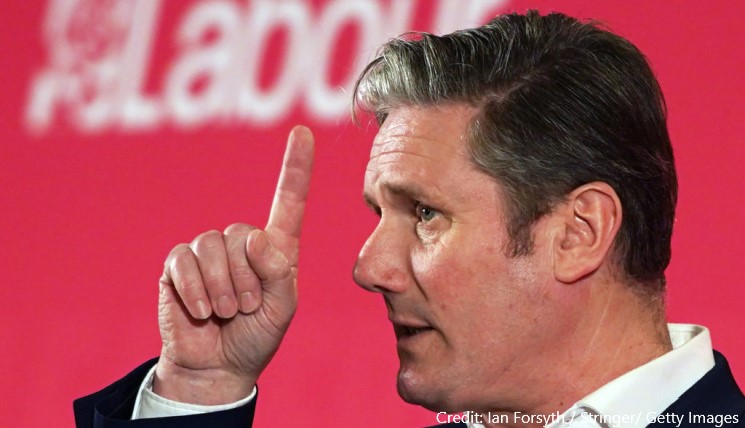 As the UK enters its third week of lockdown, Keir Starmer probably won’t be the only person who has spent time trying to put their house in order, or grappling with the task of assembling a new cabinet. Like many, he will be hoping he’s put it together correctly, and that it won’t collapse as soon as he tries to use it.

For the leader of the opposition, however, there is no handy instruction sheet to tell him how to go about the task of appointing his shadow team.

What he can have done, though, is to look at the experience of previous leaders of the opposition for an idea of what works and what doesn’t. Some leaders have found it easier than others, but some of the difficulties, it turns out, have remained constant over the years.

The first dilemma after winning a leadership election is what to do with those you have beaten. Do you reward them with senior appointments, keeping them in the tent? Or do you remove them in the hope of consolidating your distinctive position?

In 1997 William Hague effectively excluded his opponent Kenneth Clarke by insisting that all members of his top team had to sign up to his policy on the euro. By contrast Jeremy Corbyn in 2015 appointed his nearest rival, Andy Burnham, to the senior post of Shadow Home Secretary, something David Cameron also did with David Davis in 2005 (though Davis, like Burnham, resigned from the post before the next election).

Perhaps the most famous example of this delicate issue playing out occurred in 1975 after Margaret Thatcher defeated the incumbent leader, Edward Heath. Despite knowing (and being content) that he would not serve under her, Mrs Thatcher was keen to preserve the appearance of unity, and made a pilgrimage to his home to ask him in person.

She was snubbed – indeed, so swiftly that, in order to conceal from the watching media how embarrassingly short their conversation had been, she resorted to having a coffee with Heath’s parliamentary private secretary in the kitchen before she left.

Heath was not alone in deciding to rule himself out: David Miliband, who had been the favourite to win the contest in 2010, very publicly chose not to serve in his brother’s shadow cabinet, claiming he would have been a distraction. And in 2015 Yvette Cooper announced during the leadership contest that she would not be prepared to serve under Corbyn.

Such decisions limit the available talent pool, but at least Starmer has a relatively free hand to choose his team from the remaining MPs. Until 2010, Labour leaders had to contend with the results of elections to the shadow cabinet from within the Parliamentary Labour Party whilst the party was in opposition.

All they could do was decide which portfolios those elected received. This practice was abolished by Ed Miliband in 2010 – though had it been retained, the Corbyn years might have unfolded very differently.

Even without formal elections, it will be fairly clear who are the senior figures in the parliamentary party, and many of them no doubt expect to be given a position they feel reflects their status.

A new leader, however, almost always wants ‘an injection of new blood’ (as Ted Heath put it), signalling a fresh start and putting their own stamp on the opposition. For Starmer, that is a particularly important consideration, and he has begun by promoting some notably fresh faces into the senior positions.

Making way for these appointments of course requires dropping some of the old guard. The brutality or simple awkwardness of this task is one which even strong leaders have found difficult, with Tony Blair calling the process of sacking frontbench spokespeople ‘ghastly’.

Starmer is lucky in the sense that many of Corbyn’s shadow cabinet will have already been expecting the chop. But there are bound to be others who harbour resentment at their treatment, and with their remaining allies on the left, could cause trouble for him later on.

A new leader of the opposition has a fairly narrow window of opportunity to make a first impression on the electorate, and many have found to their cost that a negative one is almost impossible to shift.

The formation of a shadow cabinet is usually the first chance a new leader has to signal the direction they want to lead their party, and to begin introducing their team to the public. In the current extraordinary times, however, only the most devoted of political devotees are likely to be paying any attention.

Despite this extra challenge, the people Starmer chooses to sit around his (for now, virtual) top table are worth scrutinising. Do they represent a complete break from the past? How competent and media-friendly are the new appointments? How representative are they of the country they aspire to govern?

Starmer’s resounding win has given him a mandate for bold choices, but he must be careful not to entrench divisions that could have damaging future consequences.

Crucially, his new shadow cabinet must be able to work together effectively as a team, and appear to the electorate as a credible government-in-waiting. If they don’t, they could be waiting a very long time.

By Dr Nigel Fletcher, Teaching Fellow in Politics and Contemporary History at King’s College London, and the co-founder of the Centre for Opposition Studies.