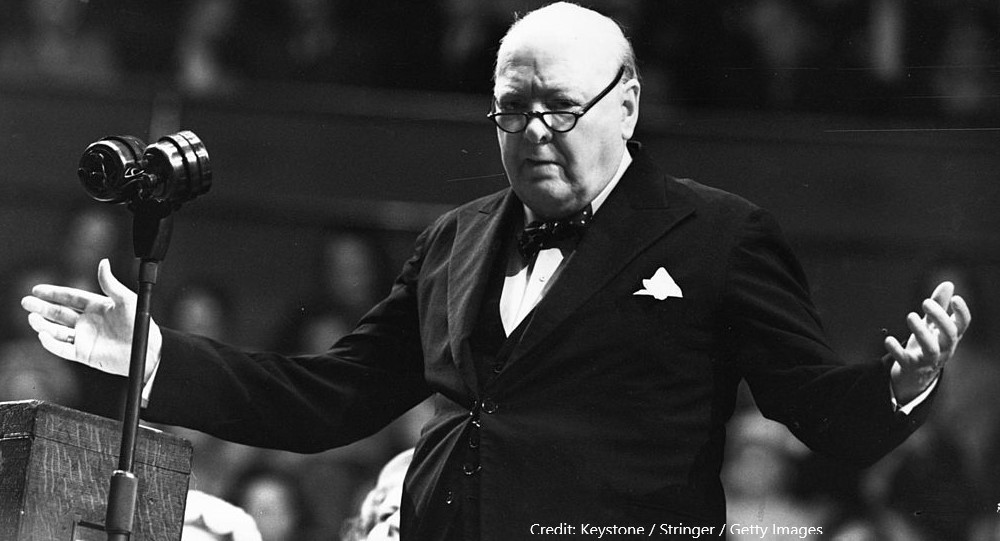 Churchill was a certainly a fan of the Anglosphere, for its language, history, and foreign policy potential. Once the English-speaking nations united, he argued, there would ‘be no quivering, precarious balance of power to offer its temptation to ambition or adventure. On the contrary, there will be an overwhelming assurance of security’.

AUKUS takes us another step towards Churchill’s vision of a united Anglosphere security community. In this short piece, I make three arguments. First, AUKUS isn’t new. Second, AUKUS is sustained by ideas not interests, and some of those ideas aren’t very palatable. And, third, AUKUS matters.

Clearly, there are things about AUKUS that bring about change. Nuclear submarines, mainly – hence the French anger at the cancellation by Australia of the contract to supply Attack-class subs. But the commitment to greater defence cooperation merely extends, and gives a name to, a longstanding arrangement that was already at the heart of liberal international order.

Indeed, the apparent triumph and coordinated foreign policies of the Anglosphere has achieved no less than the creation, Harries’ words, of a ‘maritime-capitalist order that now encompasses the whole world’. This is remarkable and sustained, with the outbreak of peace, as Britain waned and America grew, arguably ‘the biggest geopolitical story in modern times’.

As Harold MacMillan put it, ‘[t]hese Americans represent the new Roman Empire and we Britons, like the Greeks of old, must teach them how to make it go’. Despite intermittent crises, since the second world war there has been barely any major divergence in security policy between the US and Britain.

Often missing from analyses of the special relationship is Australia, as the one country that claims even closer union with the world’s hegemon.

John Howard put this ‘remarkable association’ succinctly, when he reminded Americans that Australia, not the UK, is ‘the only country that has participated side by side with the United States in every conflict of any degree in which the United States has been involved since we first fought together at the Battle of Hamel on the Fourth of July in 1918’.

In my book, I argue that this hard core – the UK, US, and Australia – at the centre of the Anglosphere should be thought of as the ‘old Anglosphere coalition’. I’ll admit that AUKUS is a snappier name but it’s not a new concept.

As Vucetic and I have argued, the Anglosphere – with AUKUS at its heart – is a military coalition, a security community, and a ‘family of nations’. Increasingly, AUKUS acts as a single bloc, a ‘transnational political space and an imagined community’.

The (now) junior partners of the old Anglosphere coalition are compelled to fight as comrades in arms. They are ‘bound to follow’ in two senses: they are tied together in prevalent ideas of politics, culture and race; to the extent that their impending cooperation in wartime becomes an inevitability.

It is any absence of cooperation that is shocking. For many in these countries, this is simply ‘the natural order of things’.

So what binds AUKUS? For some, it’s the rational balancing of a rising power, which caps the longstanding security insurance policy that is Australian sycophancy to the US. That is misleading.

While interests matter, it is ideas and identity that binds AUKUS. Going against the theoretical and historiographical grain, Vucetic has made this argument explicitly and persuasively, tracing the discourse of Anglo-Saxonism that sustained cooperation.

Historical perceptions of a kinship of race were perpetually reinforced through racialised warfare at the colonial frontier. Often, race and religion would combine: whether Muslim hordes or indigenous tribes, the Anglosphere actively wrote barbarism into its Others, in a form whereby belief and the body, religion and race, were intimately – if not inextricably – intertwined.

I suggest it would be naïve to think that these less palatable bonds of fidelity have been entirely replaced by the soup of sanitised explanatory variables – language, culture, institutions, democracy – more often espoused today.

AUKUS matters, in significant part, because of its thirst for conflict. As the three ‘extroverted’ members of Five Eyes, AUKUS exists to fight and because it fights.

Ostensibly, this time as often before, the fight is for freedom of the seas. These fights, and racialised understandings of them, help to reproduce and reinforce the coalition. As Coleman puts it, Anglos run the world because of their taste for war, with Anglo identity reinforced through the pursuit of a global mission, given concrete address in repeated coalition conflicts.

These wars tend to matter – shaping international order, including its norms, institutions and economics. And, so it remains, in a new era of Anglobal governance, with Biden’s Coalition of Democracies spearheaded by the old Anglosphere coalition, AUKUS.

The battle lines are being drawn and they look unsurprisingly familiar.

By Dr Jack Holland, Associate Professor in International Relations / Security at the University of Leeds. This blog draws on chapter 2 of Jack’s latest book, Syria and the Anglosphere: Selling War and Peace (Cambridge University Press, 2020).