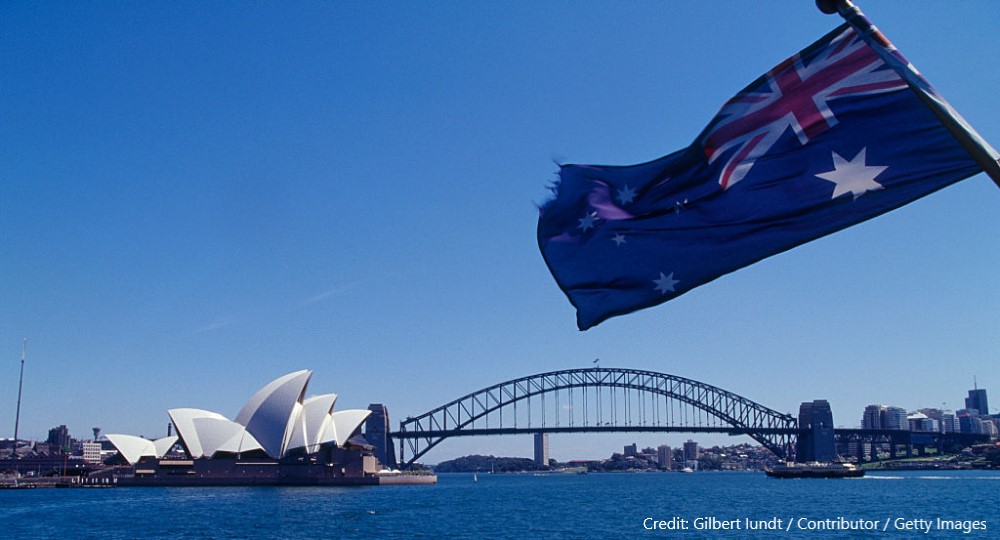 During the referendum campaign in 2016, Australia was a reference point for many British Conservative politicians.

Since then, the UK government has increasingly looked to Australia for inspiration – it has been regarded as a possible model for the UK’s new points-based immigration scheme, and more recently, it was revealed that the UK government was considering the offshore processing and detention of asylum seekers, a policy that Australia introduced in Nauru and Papua New Guinea.

A further indication of this trend is the Johnson government’s appointment of former Australian Prime Minister, Tony Abbott, as an advisor to the UK Board of Trade, a move that was met with strong criticism from within the UK and Australia.

Australia also features in discussions of  the UK’s future engagement with the EU. Boris Johnson has referred to an Australian style trade deal with the EU.

However, such references are misleading as there is currently no Free Trade Agreement (FTA) in force between Australia and the EU. One is being negotiated at present, but the current EU-Australia relationship is based on a network of agreements that may serve as inspiration for the UK’s future relationship with the EU.

As current negotiations between the EU and the UK remain tense, it is worth examining just how similar the UK is to Australia, to warrant such comparisons.

The British government notes that ‘With Australia, we share a language, a Head of State, a common law system, and societal values as well as the many family ties, friendships, and sporting rivalries’.

The Australian government regards the UK as ‘one of our most like-minded partners in the world’, and notes ‘our shared heritage, common values, strong people-to-people links, closely aligned strategic outlook and interests and substantial trade and investment links’.

Like the UK, Australia has long had a tense relationship with the EU. The relationship was characterised by trenchant critiques of the EU, and especially its Common Agricultural Policy (CAP) for some years. In the past, Australia was influenced by UK euroscepticism in its engagement with EU officials.

That relationship changed as the CAP became less prominent, as Australia has expanded its engagement with the EU beyond agriculture and trade, and as trust and mutual respect have been complemented by recognition of many common views and values.

When it comes to engagement with the EU, there are significant differences between the UK and Australia. Most obviously, the UK is heavily aligned with the EU in two-way trade.

Australia, on the other hand has clearly positioned itself within the Asia Pacific region (referred to by the Australian government as the Indo-Pacific), maintaining close bilateral, regional and multilateral engagement with its regional partners.

Whilst the UK moved towards an eventual withdrawal from the EU, Australia and the EU have been working towards further strengthening their relationship.

This is reflected in the signing of the Framework Agreement, and the commencement of negotiations on an Australia-EU FTA. It has increasingly reaped the benefits of enhanced cooperation with the EU, including in services, market access, mutual recognition of goods, security, and dialogue on a wide range of issues.

At the same time, the UK and Australia are intensifying their links and adapting to Brexit. Enhanced bilateral interaction has been facilitated through the Australia-UK Leadership Forum (AUKLF), which builds on an already comprehensive network of formal and informal bilateral and multilateral agreements. We can expect these to be deepened over the next few years.

What is noteworthy is that the UK and Australia have concluded a number of new agreements while preparing for the UK’s withdrawal from the EU. In 2018 they signed an agreement for the peaceful use of nuclear energy, and in January 2019 a Wine Agreement and a Mutual Recognition Agreement.

The two countries have also signed a Memorandum of Understanding for continued air services; two further memoranda have also been signed by the UK Financial Conduct Authority and the Australian Securities and Investments Commission.

Is this strategy then a useful reference point – or even a model – for the UK’s future relationship with the EU? Australia and the UK have ensured that there will be some post-Brexit continuity in the Australia-UK relationship.

Is it possible that the UK may seek similar agreements with the EU27 to ensure similar continuity now that it, too, will have a ‘third country’ relationship with the EU? The Johnson government has indicated a preference for ‘broader friendly dialogue and cooperation between the UK and the EU’ rather than ‘an institutionalised relationship.’

The difficulties with negotiating a comprehensive trade agreement are reflective of the different positions that the EU and UK hold on the nature of the future relationship. A key challenge for the UK will be to find its place within its region after Brexit.

When it comes to regional engagement with Europe, the UK will no doubt reflect on the similarities and differences between itself and Australia. In its own region, Australia is a supporter of the Association of Southeast Asian Nations (ASEAN) and an active player in the major security forum of the Asia Pacific, the East Asia Summit.

Unlike the UK, Australia has always been keen to join, or be involved in creating, regional bodies and forums such as APEC, the ASEAN Regional Forum and the East Asia Summit. Like the UK, it retains a form of awkwardness in its region, and in the case of Australia, because of ideational differences (typically around liberal democracy) and the perceptions by some of its partners that it is not truly Asian in identity.

It has been argued that the UK ‘may need to learn to be a middle power that can seek opportunities for regional leadership, with an interest in shedding its awkward label for the sake of mutual regional interests being met.’

This willingness to engage with its region while remaining distinctive may prove useful to the UK. The relationship between Australia and its region, as much as Australia’s relations with the EU, then, may offer insights for the UK’s ongoing role in Europe and its new linkages.