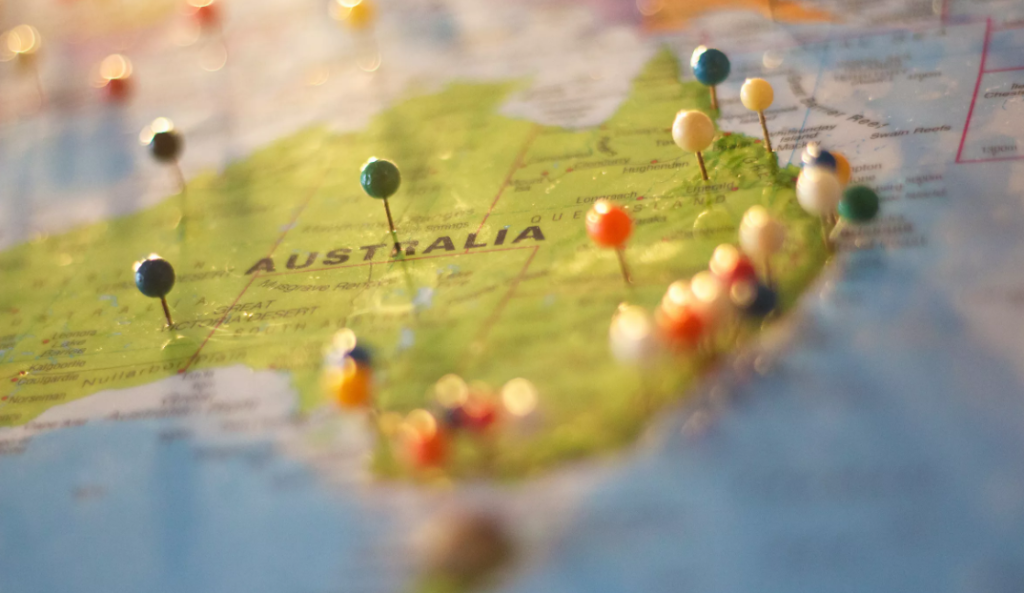 Whatever we may think about Brexit, there can be no denying that it did wonders for the profiles of the United Kingdom and the European Union in Australia.

This may seem like small comfort or compensation for the UK’s withdrawal from the EU. It also cannot be denied that the UK and EU suffer from their geographic isolation from Australia.

But as a third country renegotiating its relationships with both polities at a time of geo-strategic shifts in Asia, Australia has much to gain from the post-Brexit, Covid-normal constellation.

The Covid-19 pandemic continued the trend of heightened media and policy visibility for the UK and EU. The UK has been the main beneficiary of these turbulent times.

Despite improvements in coverage of the EU over the past decade, it is still largely seen as the sum of its member-states, with EU institutions frequently seen in crisis mode: something that early responses to the pandemic reinforced.

In contrast, the political theatre of Westminster, and the proximity of this system to Australia’s, made it easier to comprehend – and more entertaining – for Australian media consumers than the EU system(s).

The politics of Brexit provided great copy for traditional media outlets in Australia (one ABC journalists described to me the ‘morbid fascination’ with which the politics of 2019 were being viewed).

Responses to the pandemic, Johnson’s own illness and an unrepentant Dominic Cummings all made the headlines, once attention had shifted from Italy, Spain and France.

Australia’s media coverage of UK and EU politics is still refracted through Anglophone lenses. The ABC’s Europe correspondents are based in London. The Guardian recently set up an online Australian edition, but the right-wing press dominates in Australia: The Daily Mail and The Spectator have Australian editions, while the Murdoch press coverage of Brexit and the pandemic is as you might expect.

There is an audience for such coverage in Australia. Although it doesn’t conceive of itself as such, there is a large UK diaspora in Australia: 1.2 million people (or 5% of Australia’s population in 2018) was born in the UK. The median age is 57.

The politics of Brexit and Covid-19 were viewed through the prism of personalities and leaders. Johnson’s showmanship, and his very favourable attitudes towards Australia, provided good copy too.

When Tony Abbott succeeded in creating controversy by questioning acceptable death rates at a favoured Conservative think tank, and later by being appointed to the revivified Board of Trade, the UK again made the headlines.

Similarly, when Johnson claimed that he wanted the UK to have an ‘Australian-style’ relationship with the EU, ears pricked up Down Under.

The starting point for understanding policy responses to Brexit in Australia is that Australia loves a free trade agreement. This might be described as a ‘gold rush mentality’ whereby profit is sought from one place to the next.

But there is sense in the strategy. As a middle power, trade and multilateralism are central to Australia’s strategic vision.

Diplomatic and trading relations with China suffered notably in 2020, particularly because of Australia’s lead in calling for enquiry into the origins of the pandemic. This call was backed by the EU and led to some favourable coverage for the EU.

Matt Bevington and Philomena Murray have already written about the nature of Australia-EU-UK relations.

The point to underscore is that talking of an ‘Australian-style’ relationship with the EU is not entirely that of an unentangled, WTO-terms bilateralism: Australia has been moving away from this model and is, as you read this, negotiating an FTA with the EU, trade with which is already governed by various agreements.

Australia now regularly gets a mention in the Commission President’s State of the Union addresses.

But it’s not all about the national interest. Progress on the EU-Australia FTA has been at the pace we might expect for FTA negotiations (the seven years it took for the EU-Canada deal to be struck is usually cited as a benchmark).

The post-Brexit UK-Australia FTA is positively skimming along: there’s just something about the ‘common language’ and ‘shared values’ (and with Tony Abbott at the Board of Trade we might say shared politicians) that put wind in the sails of these particular negotiations.

Since 2016 Australia has become a hot destination for UK ministerial visits (and more recently, Webinars).

Much of the knowledge of the EU in Australia resides at the level of business sectors. Occasionally Europe impinges on public consciousness when discussions over the names of products such as prosecco or feta surface during negotiations over Geographic Indicators (GIs).

Similarly, perceptions of the EU loom large in the agricultural sector, but not for the best reasons: resisting the effects of the common agricultural policy on third countries has been a bone of contention in Australia-EU relations, but less so than in the past. It’s also the sector where Australia-UK free trade negotiations could become difficult.

For much of 2020, Australian attention on the UK and Europe has focused on the effects of the pandemic and the politics that attend it.

Australia has had such crises of its own, of course; although with fewer than 900 deaths between January and October the virus has, by European standards, been well-contained (don’t tell that to locked-down Melburnians though).

But Brexit goes on throughout this and Australia’s responses to this change have been steady and deliberate with the EU and have demonstrated alacrity with the UK. But for all this, Australia, the UK and the EU need each other more than in the past.

Residents of the UK can rest safe in the knowledge that there should be more Jacob’s Creek and Tim Tams coming your way for the lockdowns to come.

Deportation and ‘reconnection’ of homeless EU nationals in the UK