Barack Obama and the Brexit referendum: one year on 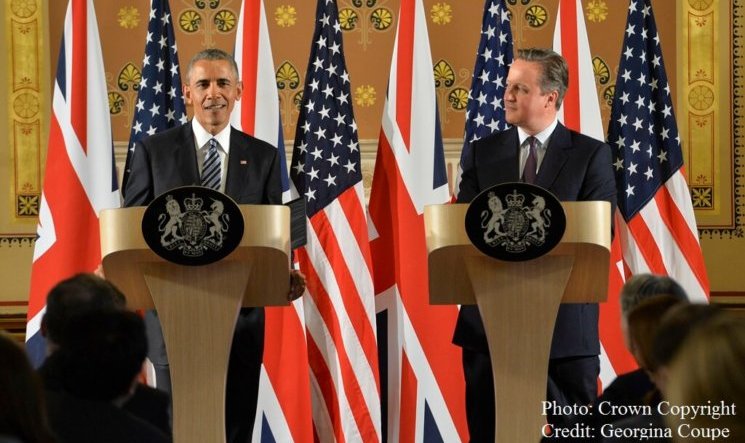 Until the election of Donald Trump, who sees Brexit as ‘smart’ and a ‘great thing’, American leaders were strongly in favour of the UK being at the heart of the European Union (EU). Whereas Trump privileges ideology and ‘identity’, his predecessors based their preferences on hard-headed calculations about what suited the American interest.

For example, Washington’s Cold War Warriors from President Truman onward saw European unity as fundamental to the defence of the West, militarily, politically and economically. America backed European integration to, on the one hand, build up Europe’s hard power capabilities against the Soviet threat and, on the other, limit the attraction of Communism in Western politics and civil society.

The US made no secret of the fact that it wanted London to play an indispensable part in supporting Washington’s global strategy through NATO and Europe alike. The ‘special relationship’ rhetoric masked the UK’s status as junior ally. American public diplomacy was underpinned by a series of covert activities designed to promote the European ideal.

Intelligence research in the UK and on the US side indicates that Washington funnelled CIA money and resources into bolstering European nation states’ commitment to the integration process, and to co-opt the UK into the project. In sum, America’s attachment to the European cause was deeply ingrained in Washington foreign policy thought and practice after 1945.

Exasperation with the UK’s reluctance to join European integration in the early years was, indeed, what prompted former Secretary of State Dean Acheson to let rip at UK policy-makers in a now infamous speech at the West Point Military Academy, Virginia, in December 1962.

The UK, he intimated, was impeding the realisation of the Atlanticist vision by clinging stubbornly to past glories instead of pursuing a ‘modern’ foreign policy: the UK has lost an Empire and not yet found a role. For the UK, trying to cultivate a ‘special relationship’ with the US whilst remaining aloof from of Europe had not worked, and Acheson concluded that the UK’s extra-European role ‘is about played out’.

Acheson’s critique of UK post-war foreign policy was received very badly by UK politicians and journalists alike, who saw it as a ‘stab in the back’ by a close ally. Prime Minister Harold Macmillan was even moved to publish a letter of rebuke to Acheson in all the leading newspapers of the day.

Macmillan assured the public that UK power was not on the wane and that entry to Europe would prove that point. It took a further decade for the UK to ‘join’ Europe, but UK elites felt the painful process to have been worth it. They had finally taken the plunge and could look forward to building the modern foreign policy that the US, and indeed many members of the British public, had long favoured.

Given the depth of Washington’s commitment to the Europeanist cause, it was no surprise that Barack Obama would take a strong view on the possibility of UK withdrawal from the EU. David Cameron was only too happy, therefore, when the President waded into the UK’s EU referendum debate in 2016.

The Prime Minister certainly would have foreseen the backlash from EU-critical commentators who had been writing off the backing for the ‘European Project’ by the President and his ‘Euro-federalist advisers’ for a number of years. However, we can surmise that Cameron believed the glitz, glamour and rhetorical weight of a Presidential intervention would outweigh the negative reactions.

Obama’s three-day visit to the UK near the end of April 2016 presented the perfect opportunity to bring the ‘special relationship’ to bear on behalf of the Remain campaign. In a letter published on 23 April (St George’s Day) in the Conservative-supporting, EU-critical Daily Telegraph, Obama went all out to convince the UK public that EU membership ‘makes Britain even greater’.

Climate change, economic problems, intelligence sharing, security, combatting terrorism: all would best be tackled in multilateral settings. Obama concluded with a typical refrain: ‘Now is a time for friends and allies to stick together’. UK influence, he argued, was magnified when the UK acted in EU settings.

As has often been the case with ‘outside’ interventions on the Europeanist side, pro-Brexit politicians were quick to denounce the views of Obama and his advisers, warning them, once more, not to interfere in a UK matter. The fact was, however, that the referendum campaign was already accenting very different themes from those worked by Obama in his intervention. In order of importance, the top three themes dominating the national conversation were the economy, immigration and sovereignty/EU bureaucracy.

Issues dear to Obama’s heart, such as cosmopolitanism and the UK foreign policy outlook post-Brexit, had minimal traction. An irony for Cameron, therefore, was that Conservative issues dominated the referendum debate, yet none of them supported the Conservative Prime Minister’s or the US President’s case for Remain.

Predictably, given the agendas dominating the UK media market, Obama’s intervention ended up being nothing more than a pro-European pebble thrown into a eurosceptic ocean of comment. The President’s words had no short-term or long-term influence on the opinion polls. Critics such as UKIP leader Nigel Farage chastised the President for doing Cameron’s dirty work, while prominent Leave campaigners elsewhere in the Conservative Party dismissed the President’s views as ‘irrelevant’.

One year on from Obama’s intervention, we are in a better position to see the frailty in Cameron’s strategy, if, as must be assumed, the Prime Minister wanted the President to speak on behalf of Remain. First, it transpires not only that the US was always more committed to the UK’s role in the EU than was the UK public, but that Obama’s intervention might even have backfired.

Second, it is yet more evidence that the Remain campaign was way behind the times, fighting yesterday’s battles using discourse more redolent of 1986 than 2016. The ‘change’ the UK public wanted was as radical as that once promised by Obama, just in a completely different direction. Over 50 years after Acheson the UK rediscovered that it wanted the extra-European role after all.

By Oliver Daddow, Assistant Professor in British Politics and Security at the University of Nottingham